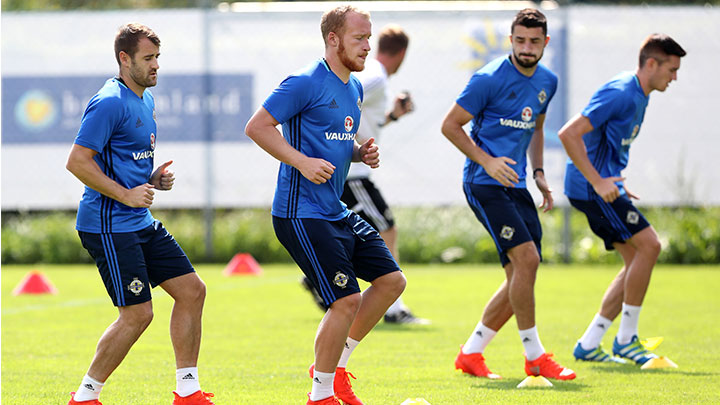 Liam Boyce and Michael Duffy have been called up to the Northern Ireland squad to face Azerbaijan and Croatia.

Ross County striker Boyce and Dundee midfielder Duffy (on loan from Celtic) have replaced Jamie Ward, who withdrew from the squad after suffering a broken wrist playing for Burton Albion against Barnsley on Saturday, and Stuart Dallas, who has returned to his club Leeds United for treatment on an injury.