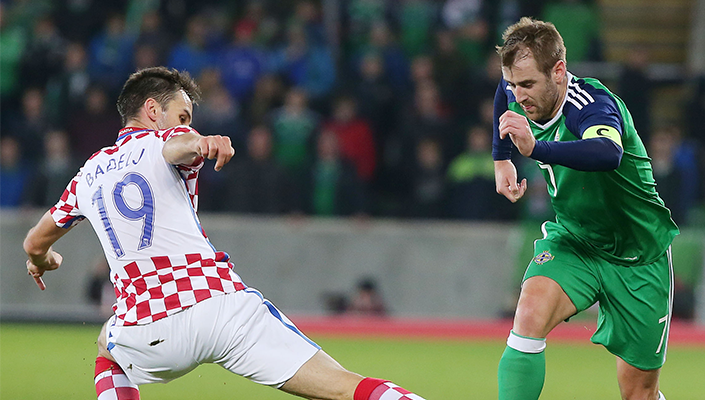 Niall McGinn won his 50th cap for Northern Ireland tonight in a 3-0 loss at home to Croatia.

On a night where Northern Ireland’s record of 10 undefeated at home came to an end, McGinn certainly had a night to remember as he also captained the side for the first time.

Magian said, "It was a great moment for me personally as I’ve never been captain before, obviously we are disappointed with the result but on a personal note, I’m over the moon.”

Reflecting on a memorable 50 caps McGinn highlighted the Euros as an obvious highlight, and his famous goal against Ukraine in Northern Ireland’s 2-0 win in Ukraine.

He continued, “It’s been the best year of my life, and the best moment of my life at the Euros. It’s been an unbelievable 2016. "