Brunt delighted to score on his Northern Ireland return 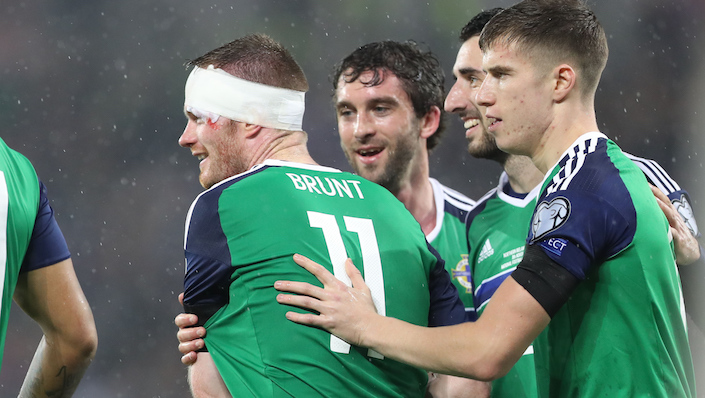 Brunt made his first appearance for Northern Ireland in over a year as his side put in a dominating performance over an in-form Azerbaijan team to go second in Group C.

Brunt’s left foot drive from just outside the box on 82 minutes rounded off a perfect performance for Northern Ireland.

He said, “It was nice to kill the game off. They had a lot of the ball and to go up the other end and score put a bit of gloss on the scoreline.”

The win takes Northern Ireland to second in Group C, ahead of Azerbaijan who hadn’t conceded in the campaign before tonight.

Brunt added, “The main aim coming into this week was to try and win the game and finish the year on seven points.

“It’s a good way to finish our 2016 qualifying campaign."