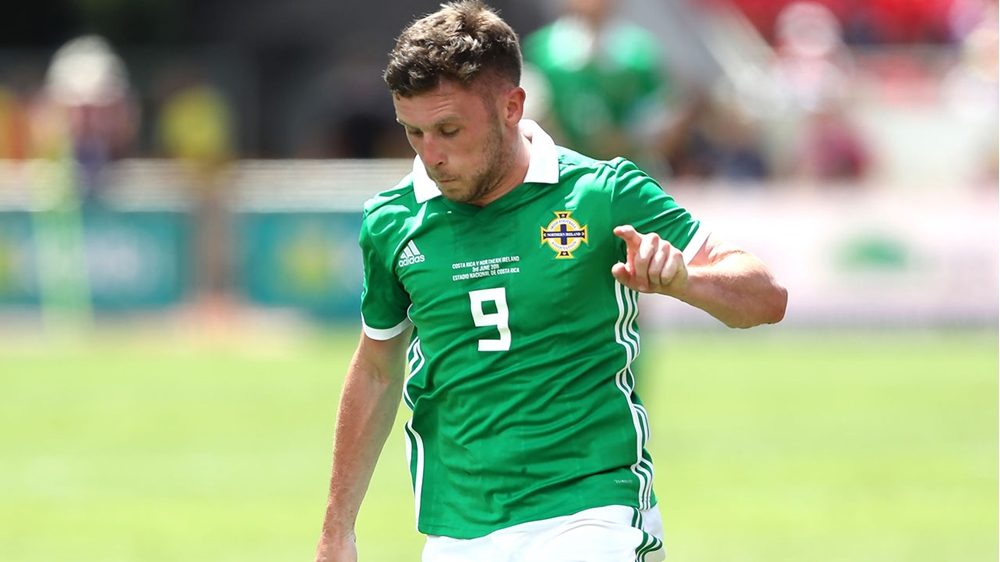 The 24-year-old struggled to hold down a first-team place at Valley Parade last term following his £200,000 move from Accrington Stanley last summer.

Speaking to the official Lincoln City website, McCartan said: “I left Accrington last summer and signed a three-year with Bradford but things haven’t gone to plan unfortunately, but it’s just one of those things.

“I wanted to go to a club to show what I could do and the manager here (Danny Crowley) said he could give me a platform to do that.

“He had good things to say about the fans and Lincoln itself,” added the former Glenavon player, “Now I’ve got the opportunity to come here and I’m raring to go.”

McCartan began his career as a trainee at Burnley after leaving the Lurgan Blues but left to sign for Accrington in 2013 after making just one first-team appearance for the Clarets.

In four seasons with Accrington Stanley he made 127 appearances scoring 25 goals before his move to the Bantams last summer.

Michael O’Neill gave him his international debut in the 1-0 win over New Zealand at the National Stadium in June last year and last month he picked up his second cap in the 3-0 defeat to Costa Rica.