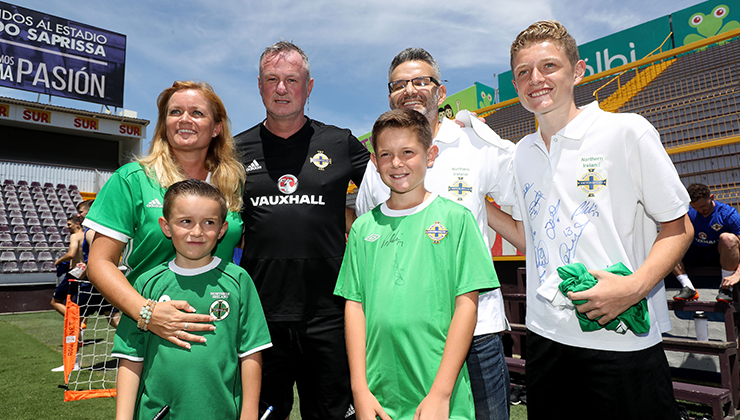 Diego along with his two brothers Fernando (10) and José Enrique (7) were more than happy to support Northern Ireland. Diego currently plays in the youth set up for Deportivo Saprissa, one of the best teams in Costa Rica and still has the possibility of playing for either the Costa Rica or Northern Ireland senior teams in the future

He said: "This is a great privilege and honour. I can't believe it. Even though I now live far away in Costa Rica, I was born in Belfast and always feel a strong connection to back home.

Diego is football mad and got to fulfil one of his dreams in getting to meet the Northern Ireland squad at a training session in his own team's stadium.

He said: "It was a bit surreal seeing them there and it was a dream come true to meet them and watch them train. They looked so strong and fast and the training was quite intense. I’m very grateful for the opportunity to meet the team thank you to all the staff members and players."

Northern Ireland born mother of Diego was delighted with this opportunity for her family: "It was an absolute dream come true for my family to meet the team. The support staff and management were so warm and supportive.

"Typical Norn Irish down to earthiness that I miss living far from home. I love living in Costa Rica but obviously miss family and the warmth of the people and our wee country so much. This opportunity really helped my boys to connect even more with their roots and be proud of their wee country where they were born."

If Diego's progress continues he may have to decide which country he would like to play for. His parents will fully support whichever path he decides to go on.

His mother said: "There are no words to describe how proud we would be to even at least get selected to represent either country in the world cup – what a privilege! This has been Diego’s dream since he first kicked a ball when he was 2 and started playing for the Carryduff Colts.

"We always joked about which country my three boys would like to play for. One for Norn Ireland, one for Costa Rica and one for the Republic of Ireland to cover all the bases. But far away fields always look greener and they have a strong connection and always been attracted to Norn Ireland having all been born there and lived the first few years of their lives there.

You can watch the full video of when Diego met the Northern Ireland squad by clicking the video at the top of the page. 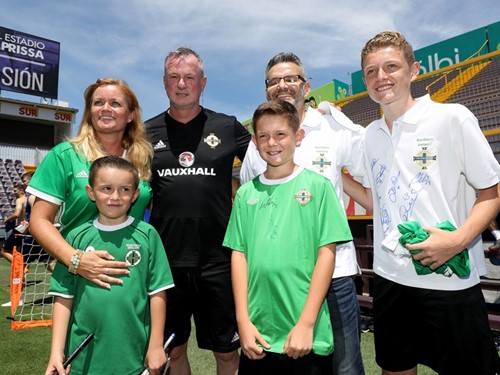 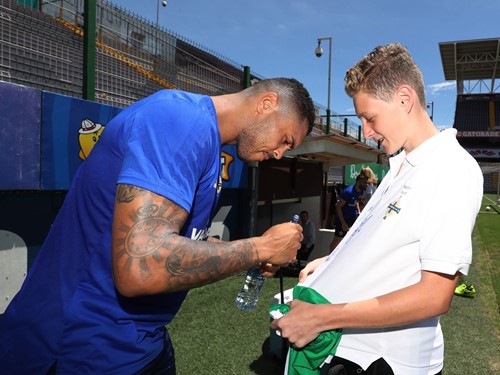 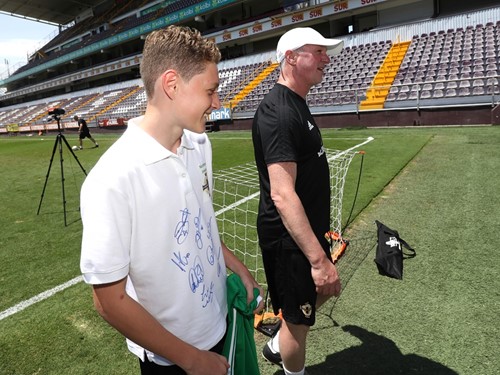 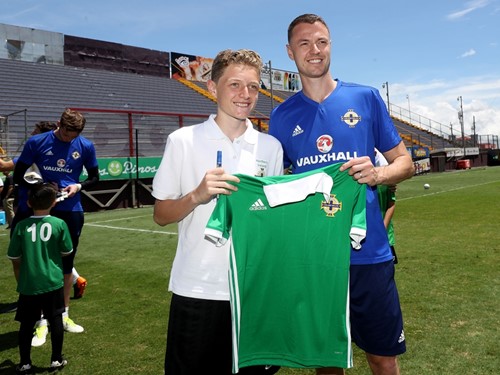 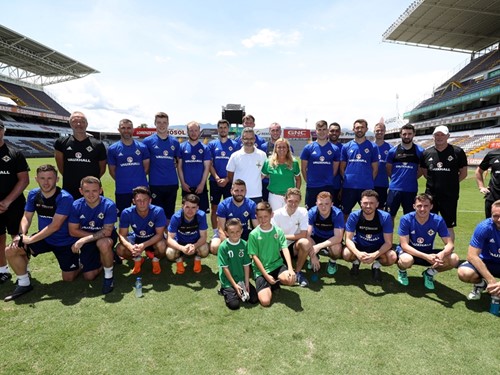 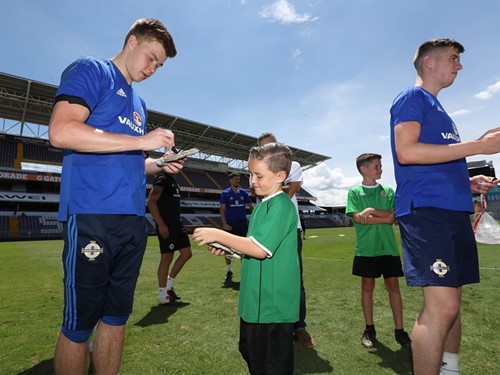