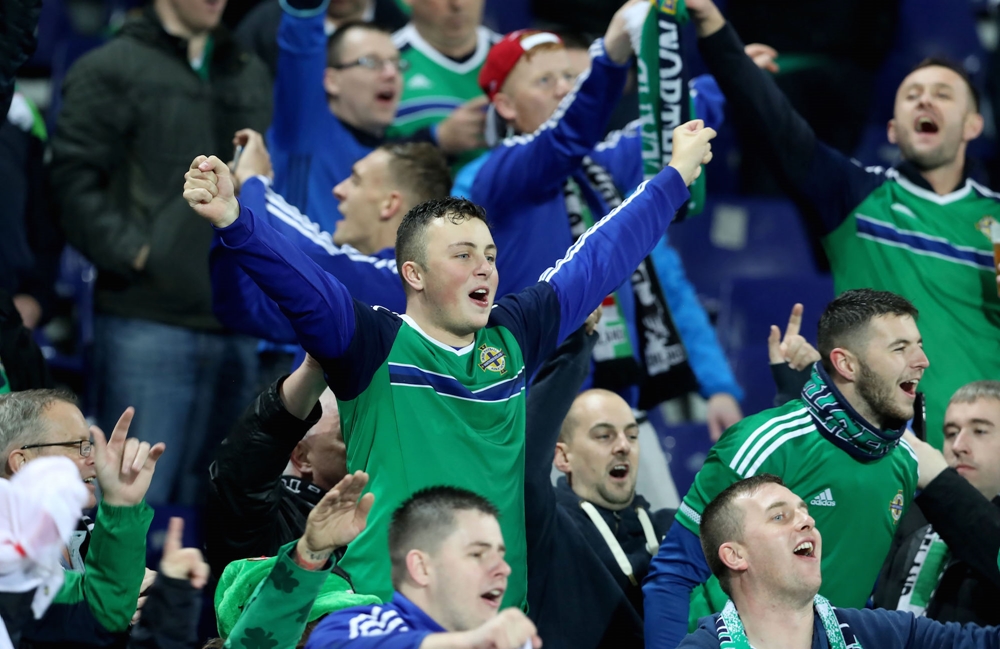 A record 98% of current Northern Ireland campaign card holders renewed for the upcoming Nations League and EURO 2020 campaign. The remaining 2% went on sale to official members and sold out in just five minutes.

The unprecedented demand follows Northern Ireland’s recent success in qualifying for UEFA EURO 2016 in France and a FIFA World Cup qualifying campaign which ended with a narrow play-off defeat to Switzerland.

Since the redevelopment of the National Football Stadium at Windsor Park every competitive Northern Ireland senior men’s international match has sold out with increasing numbers of supporters also following the team across Europe.

Two hundred fans even made the trip to Central America to cheer on Michael O’Neill’s side in the friendly matches against Panama and Costa Rica.

‘Whether we are playing in Belfast or Baku the Northern Ireland team always gets huge support and it is massively appreciated by me, the players and the back-room staff.’

O’Neill continued, ‘I want to thank all those fans that have renewed their campaign card for the upcoming matches and for their continued backing of the team. We know how much they enjoyed being part of the EURO 2016 experience and it is our number one aim to qualify for EURO 2020 and to give our supporters even more to cheer about in the coming years.’

A limited number of match tickets are now on general sale for the UEFA Nations League match against Bosnia & Herzegovina (8 September) as well as the International friendly match between Northern Ireland and Israel (11 September).  CLICK HERE to check availability.

Individual match tickets for the game against Austria will be released later in the year. Details will be issued to fans via email and on the Irish FA website.