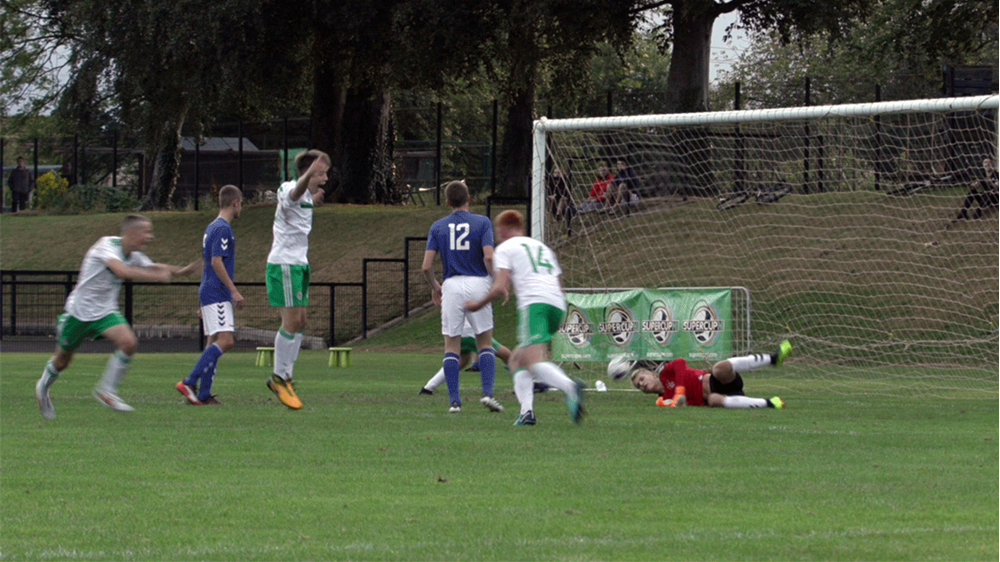 Club NI kicked off their Super Cup NI campaign with a 1-1 draw against Rangers in Limavady.

Josh Rooney was the hero as his late header earned them a point in Group A. In the other group game of the day, Co L'Derry shocked group favourites Manchester United with a 2-1 win to top the group after Day one.

Rangers started the game better at Scroggy Road as Robbie Fraser's freekick was met by Lewis MacKinnon but his effort hit the bar.

The Glasgow side took the lead however as Alex Lowry was fouled in the area and Fraser stepped up to hit an unstoppable penalty into the top corner.

Club NI created better chances in the second half and Jaimie McDonnell must have been ready to celebrate after he got on the end of a loose clearance from the keeper. However, the ball bounced just before the goal line and hit the underside of the bar to safety.

Charlie Lindsay was dangerous from the wing as his cross come shot also hit the crossbar. But, the next time, he would be successful.

His cross found the head of Rooney who directed his header into the bottom corner to earn a late draw.

Club NI next face Co L'Derry today (24 July) at 5pm at Anderson Park, Coleraine before ending their group games against Manchester United on 25 July at Seahaven, Portstewart with kick off at 6pm.

For more information on the Super Cup NI CLICK HERE.