McLaughlin joins The Seasiders on a two year deal 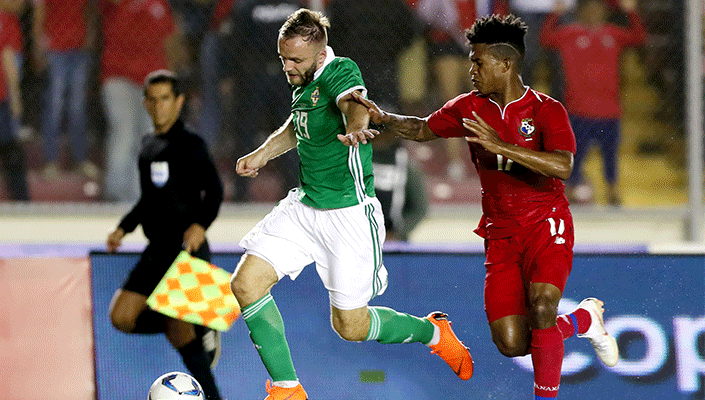 League One side Blackpool have secured the signature of Oldham Athletic defender Ryan McLaughlin on a two-year contract.

The Tangerines have agreed a compensation package with the Latics as the former Liverpool trainee is under the age of 24.

Speaking to the official Blackpool website McLaughlin said: “It’s been on the cards for a while and I’m delighted to finally get it all done.

“I’m looking forward to getting into training now and seeing all the lads.

“I talked to the manager and I got a really good feel for the club when I was speaking to him, I’m just delighted to come here.”

Blackpool boss Gary Bowyer was also pleased to have sealed the deal for the talented right-back who has won five full caps for Northern Ireland, the most of which came against Costa Rica last month.

“I’m absolutely delighted to bring Ryan to the club,” declared Bowyer. “We have been working very hard on this deal all summer and his desire to join us has been incredible.

“He’s an exciting addition capable of playing in a variety of positions and, in my opinion, he has all the qualities to play at a higher level.

“We’re looking forward to bringing that talent out during his time with us.”

The 23 year-old, who had been at Boundary Park for two seasons following his release by the Anfield outfit in 2016, will now link up with fellow international Jordan Thompson who joined Blackpool from Rangers earlier in the summer.