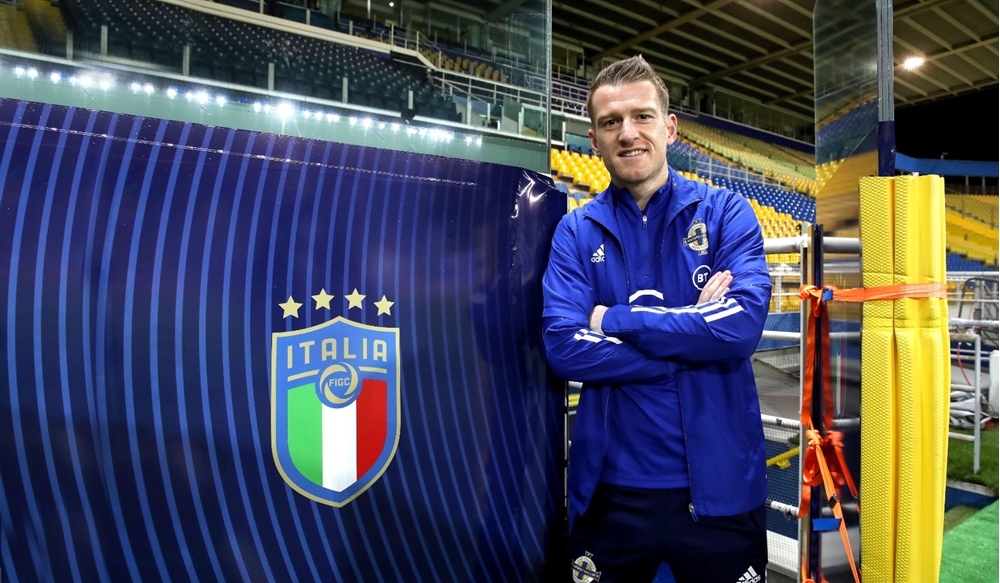 Northern Ireland will arguably get the toughest test in their FIFA World Cup Qatar 2022 qualification campaign out of the way tonight.

They don’t come any tougher than facing four-times world champions Italy in their own backyard. And Ian Baraclough’s side are most definitely the underdogs going into the game.

Northern Ireland’s opening fixture in European Qualifying Group C at the Stadio Ennio Tardini in Parma (7.45pm kick-off, UK time) will see them come up against an Italian team packed full of stars.

But Baraclough and his players believe they can spring a surprise. And, according to the Italian media, Italy boss Roberto Mancini is wary of the boys in green and white. He believes Northern Ireland are strong defensively and can deliver potent counter-attacks. 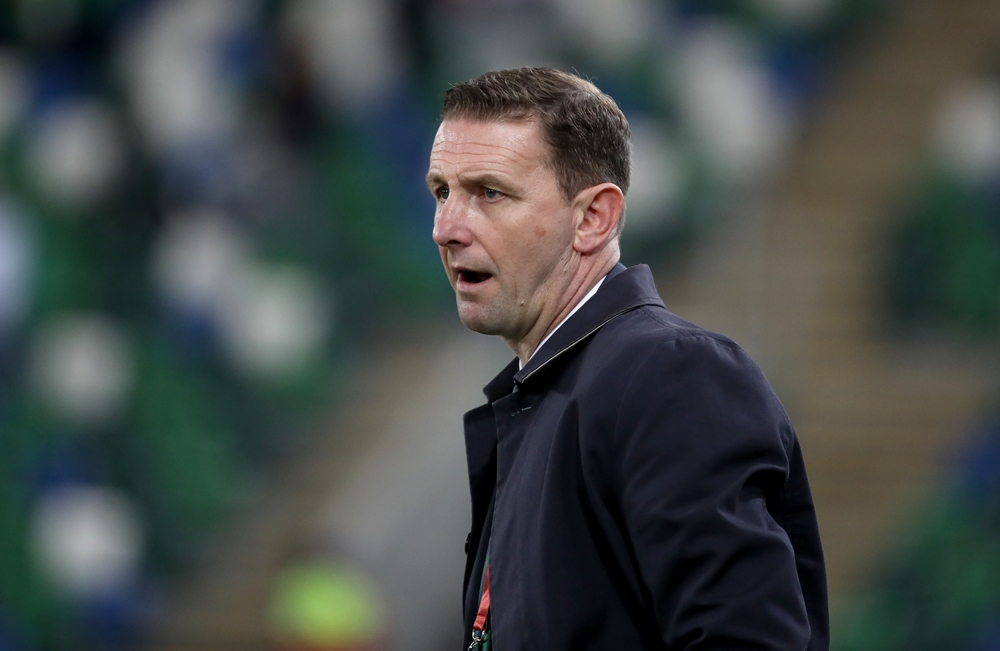 “The first match will certainly be a bit more difficult because it is the first one after five months. We’re facing a team which isn’t so easy to play against because it’s a team that’s strong physically,” Mancini told a press conference earlier this week.

Italy, however, have never lost a World Cup home qualifier (46 wins, nine draws) and the only defeats during former Manchester City and Inter Milan boss Mancini's 27-game tenure - he took over the reins of the Italian national team in 2018 - have been against reigning world champions France and reigning European champions Portugal.

Tonight’s game in Parma will see Northern Ireland captain Steven Davis equal Peter Shilton's British international caps record of 125 – and he is likely to break the record during the current triple-header international window which also includes Sunday's home friendly against USA and a second World Cup qualifier against Bulgaria in Belfast next Wednesday.

Davis is not the only player on the cusp of reaching a milestone as Juventus defender Leonardo Bonucci is set to win his 100th Italian cap against Baraclough’s boys.

The Italians have been encountering some difficulties this week with their country’s Covid restrictions, in terms of player movements, and a few regular starters could be missing as a result. However, their starting eleven will still be extremely strong.

Mancini’s teams always have a good blend of youth and experience.

The in-depth experience usually comes in the form of their captain, no-nonsense Juve defender Giorgio Chiellini, along with club team-mate Bonucci.

Most of their players ply their trade in Serie A, however their main man is undoubtedly all-action Paris Saint-Germain midfielder Marco Verratti. And right-back Alessandro Florenzi, who also plays for PSG, is a class act, too.

Napoli winger Lorenzo Insigne and Juve winger Federico Chiesa are full of attacking flair, while up front Lazio's Ciro Immobile and Andrea Belotti (Torino) have both reached double figures in the Azzurri shirt.

Chelsea midfielder Jorginho is unavailable due to injury, which means Inter midfielder Nicolo Barella could be their playmaker tonight.

The Italians are expected to have the bulk of the possession in the qualifier. Ian Baraclough looks likely to deploy a 3-5-2 formation in a bid to thwart them, however that’s not a given as the Northern Ireland boss invariably has a trick or two up his sleeve.