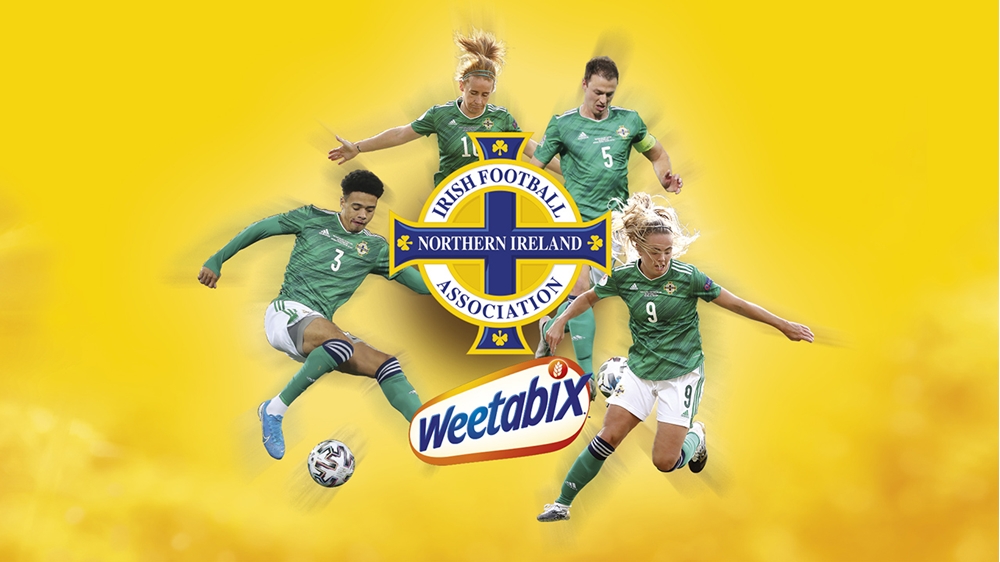 The partnership will see the nation’s favourite cereal become the Official Breakfast Category Partner of the Northern Ireland women’s and men’s senior teams.

The agreement is part of a long-term partnership between Weetabix and the respective Home Nations football associations.

In addition from May a number of money-can’t-buy experiences with the Northern Ireland senior football teams, including attending open training sessions and signed shirts, will also be up for grabs as part of an on-pack promotion on the Weetabix range, as well as ticket prizes to international matches.

Partnering the Weetabix range and its great nutritional credentials with the chance to win amazing football prizes, the campaign aims to drive excitement and relevance to the cereal category.

Gareth Turner, Head of Brand at Weetabix, said: “We are already known as the UK’s favourite cereal and working with the Irish FA will only cement this further.

“This partnership reinforces our belief that everyone can achieve their best with a proper, Weetabix start to the day, and we’re looking forward to supporting the Northern Ireland women’s and men’s teams in the years ahead.

“We’ll be working closely with our trade partners in Northern Ireland to help them make the most of the opportunity. With unique and exciting experiences on offer for football fans as part of our on-pack campaign, we will be adding excitement in-store, driving footfall to the cereal aisle and raising awareness of the entire category.”

Stephen Bogle, Head of Sales and Marketing at the Irish FA, said: “We’re thrilled to announce Weetabix as the official breakfast partner of the Northern Ireland national teams. Weetabix will support our efforts to encourage the nation to choose healthy options at breakfast, helping football fans of all ages across Northern Ireland to start the day right.”

The partnership will run from April 2021, ahead of two big summers for international football. Supporting activity will feature across all Weetabix-branded cereal products, including Oatibix.