Midfielder Paddy McNair scored his second goal in four matches to help Middlesbrough to victory over Michael O’Neill’s Stoke City at the Riverside Stadium at the weekend.

The 25-year-old Ballyclare man, who has played in the heart of the ‘Boro defence for most of the campaign, has recently been moved into the middle of the park by Neil Warnock and he repaid the manager’s faith in him with yet another man-of-the-match performance for the Championship outfit in his side's 3-0 success.

“Paddy was excellent,” Warnock said. “We discussed about putting him in front of the back four but I think Jonny Howson is better than Paddy at doing that role.

“Paddy’s getting that little bit more freedom after taking him away from the back, he finished his goal really well, didn’t he?

“We said let's put him further forward, where he plays for Northern Ireland, and he finished with aplomb. It looks better on the telly, seeing it again.”

Meanwhile, the prolific Dion Charles further staked his claim for a first call-up into the full international squad with his 17th goal of the season, however, it was not enough to prevent Accrington Stanley from suffering a second successive defeat as MK Dons struck in injury time to chalk up a 3-2 victory.

Also in League One, striker Conor Washington moved into double figures for the season when he scored his third goal in two games as Charlton Athletic were held to a 1-1 draw at home by Shrewsbury Town.

In the top flight in Scotland, Billy Mckay found the net for the sixth time this term, but it was all to no avail as Ross County slipped to a 2-1 home defeat to Hibernian who remain third in the table. 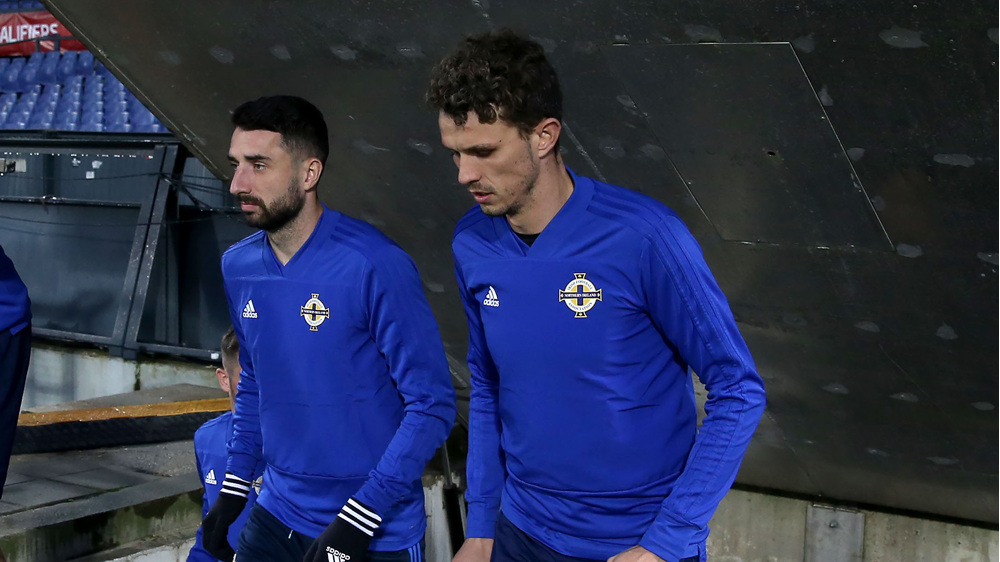 On-loan winger Jordan Jones missed out through injury while Carl Winchester was cup-tied after previously playing for Oldham Athletic in the competition.

Unfortunately, Flanagan had to be substituted a minute before the break because of an injury and was replaced by his international colleague, who put in a tremendous shift for the Black Cats in an unfamiliar central defensive role.

With the Northern Ireland  squad for the forthcoming World Cup qualifiers against Italy and Bulgaria due to be announced on Thursday, it was a relief for manager Ian Baraclough to see Jonny Evans return from injury to play the full game for Leicester City who ran out 5-0 winners against managerless Sheffield United.

Also in the Premier League, Stuart Dallas got another 90 minutes under his belt as Leeds United and Chelsea played out a scoreless draw at Elland Road, but Jamal Lewis and Bailey Peacock-Farrell were both again unused substitutes for Newcastle United and Burnley respectively.

In the Championship, Ciaron Brown made his first start for Cardiff City who lost 2-1 at home to Watford, their first defeat since Mick McCarthy took over as boss of the Welsh side.

Finally, Tyrone-born right-back Conor Bradley scored for the Liverpool U23 side in their 1-1 draw with their West Ham United counterparts on Saturday, it was the 17-year-old’s his first goal in twelve starts for the side.