Norwood: "Everybody wants to impress." 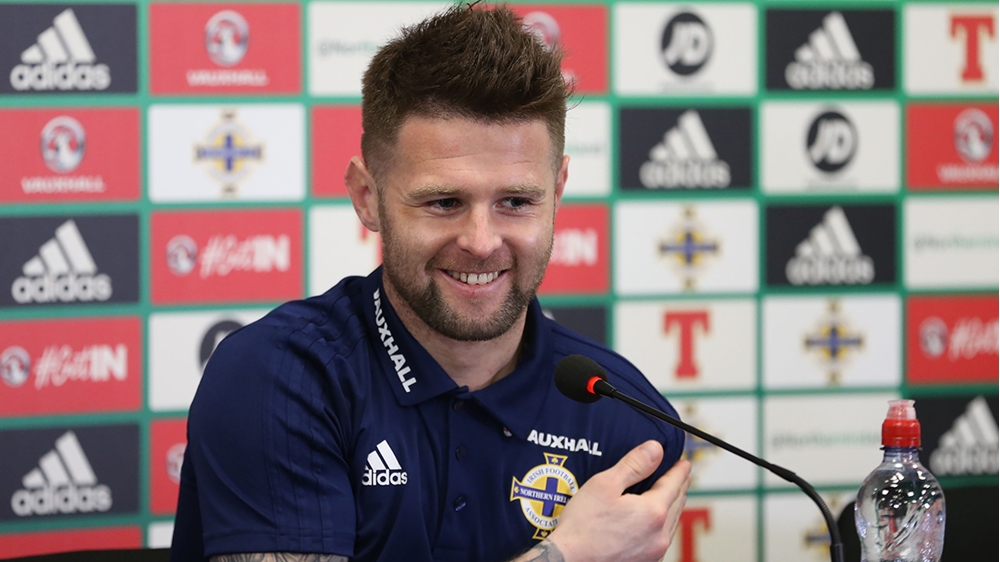 Midfielder Ollie Norwood is excited to see some fresh faces in action as Northern Ireland begin their 2018 against Korea Republic on Saturday.

Jamal Lewis and Conor Hazard were already called in to the squad but after the U21s narrow defeat to Spain, Shayne Lavery and Paul Smyth have also been added.

On the new additions Norwood said: "When you see the new players coming in it does give you a boost, you are excited to see what they are going to bring to the squad and it up everybodys levels because everybody wants to impress."

The friendly against the Korea Republic gives Michael O'Neill's side the chance to put the World Cup playoff defeat behind them and start again, as Norwood reiterated: "As you say it's the first game of the calendar year and off the back of the disappointment of the Switzerland game.

"We are looking to get some momentum again and build towards the Euro campaign in 2019."

To hear more about the new additions and the Korea Republic match, watch the video above.