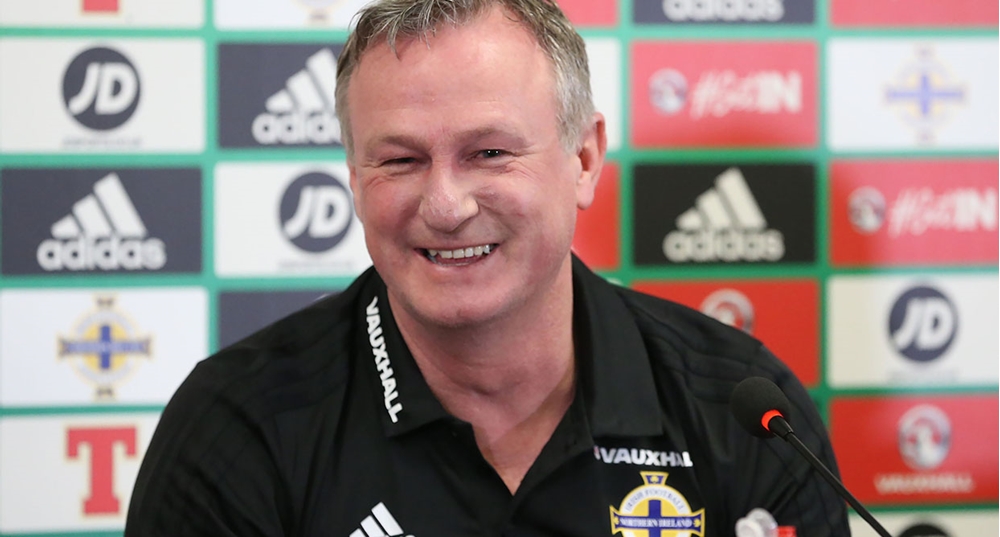 The Northern Ireland manager pointed out South Korea’s qualification for this summer’s World Cup in Russia means their players will be out to impress their manager in the Vauxhall International Challenge Match at the National Football Stadium at Windsor Park (2pm kick-off).

Despite being ranked 59th in the world, the South Koreans possess technically gifted players and Michael O’Neill expects them to play a “creative and expansive” game in front of a full house in Belfast.

“It will be a good challenge for us. It would nice to beat a team which is going to the World Cup,” he said.

South Korea have brought a strong squad to Belfast. It includes Tottenham Hotspur striker Son Heungmin, who has 20 goals in 61 starts for his country, and Swansea City midfielder Ki Sungyueng – and both are expected to start tomorrow.

Other players to watch out for in the Red Devils line-up include creative midfielder Koo Jacheol, who plays for FC Augsburg in the Bundesliga, and giant striker Kim Shinwook, who has notched 10 goals for South Korea.

Michael O’Neill said: “I have no doubt they will be formidable opponents. They are renowned for their never-say-die attitude and top class fitness. If we are not at the top of our game they will punish us and I will be making this clear to my team.”

Unfortunately Northern Ireland are without four senior players for the game. Team captain Steven Davis stayed back in Southampton this week to receive treatment on a hamstring injury, while Stuart Dallas (thigh), Kyle Lafferty (thigh) and Niall McGinn (groin) returned to their respective clubs for treatment after being assessed by Northern Ireland’s physios earlier this week.

Those withdrawals, however, leave the door open for other players to make their mark. Lively winger Jordan Jones, who is having a great season at Kilmarnock, could well start, while striker Liam Boyce, who is back playing for Burton Albion following a lengthy injury lay-off, looks likely to get game time as well.

Jonny Evans is expected to captain the side in Steven Davis’s absence, while Ollie Norwood and George Saville are set to drive the midfield engine room.

Experienced defender Craig Cathcart, who has returned to the Watford first team squad after being sidelined through injury for several months, is expected to feature at some stage, too, while Jamal Lewis is set to make his debut for the senior team in the left back berth.

Both QPR winger Paul Smyth and Everton striker Shayne Lavery were drafted into the panel earlier today from the U21s following their fine performance against Spain last night. And Smyth, who is suspended for the U21s game against Iceland in Coleraine on Monday evening after picking up a booking against the Spanish, could well get some game time against the South Koreans.