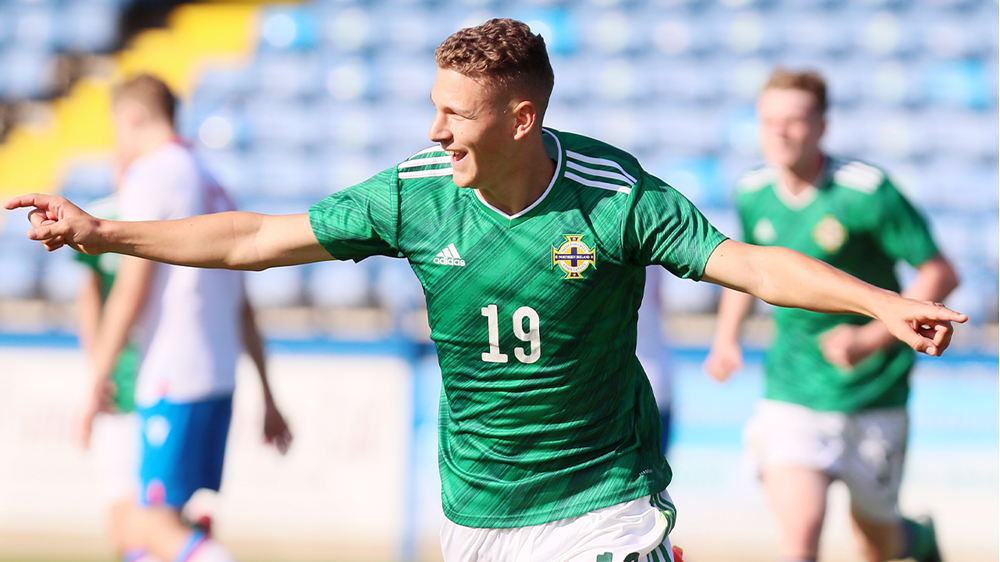 In the first of two friendlies against Faroe Islands this week they secured a 1-0 win at Mourneview Park today thanks to a last minute penalty from Jamie Donley.

It was Gerard Lyttle’s first competitive game in charge of the team – and they did not disappoint him.

The first chance of the match fell to Northern Ireland striker Euan Williams, who volleyed just over the top. Then captain Sean McAllister fed Charlie Allen, who drilled his shot wide of the post.

The Faroes produced a series of crosses which were dealt with comfortably by a resolute home defence.

When the U19s moved the ball quickly they caused the Faroese plenty of problems. A slick move involving Isaac Price and McAllister led to another chance, this time for Ciaran McGuckin, however he headed the ball over the bar.

Allen produced a sizzling shot on the half-hour mark which the Faroes keeper somehow managed to tip on to the bar as it sped towards the top corner.

Northern Ireland continued to produce free flowing football in the remainder of the first half and throughout the second period.

Good link-up play between McAllister and Allen saw the latter fire the ball across the six-yard box to McGuckin but he blasted it over the bar.

Substitutions were made on 65 minutes with Terry Devlin replacing Price, Jamie Donley coming on for Williams and McGuckin making way for Conor Falls.

McAllister was scythed down inside the area following an excellent solo run, however the ref waved his penalty claim away.

Then Donley hit a fine low cross into the box, however no-one was there to convert it. After that McAllister fed Donley but his effort flew over the bar.

A quick counter attack saw Donley find Falls who rounded the keeper and played the ball just in front of Allen who was unable to make full contact with the ball – and the Faroes defence cleared the danger.

Northern Ireland continued to push forward and got their reward in the final minute of the game.

Devlin played a lovely ball over the top for Falls to chase. He was first to the ball and rounded the Faroes keeper, who hauled him down, and the referee had no hesitation in pointing to the spot.

Donley, the youngest player in the squad, stepped up to take the penalty and coolly slammed the ball into the bottom right hand corner of the net to make it 1-0.

Afterwards Lyttle said his players had executed the game plan – which was to press the Faroese high up the pitch – perfectly.

“They took all the information we gave them onboard and it was really pleasing to see it in motion,” he said.

The U19s coach explained his team controlled large parts of the game and their overall performance was “top drawer”.

Defenders Shea Charles, Sean McAllister and Michael Forbes were praised by Lyttle along with Charlie Allen for their fine displays. He also applauded the substitutes for seamlessly embracing the system and praised goalscorer Donley for his contribution.

The second match against Faroe Islands U19s is at The Oval in east Belfast on Friday (3 September).

It’s a 3pm kick-off and entry is free. 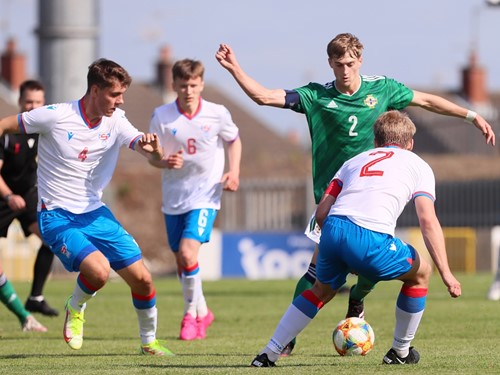 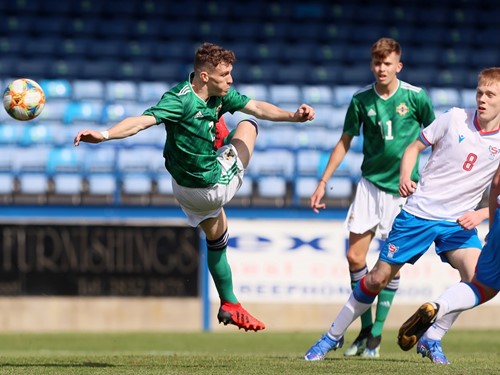 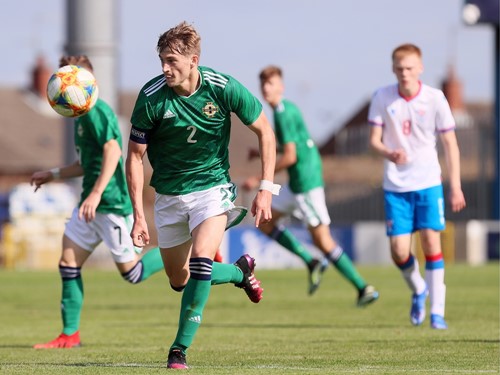 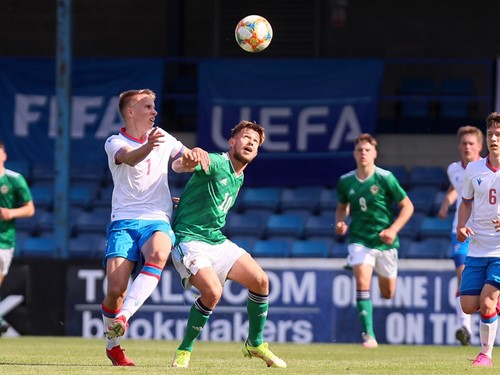 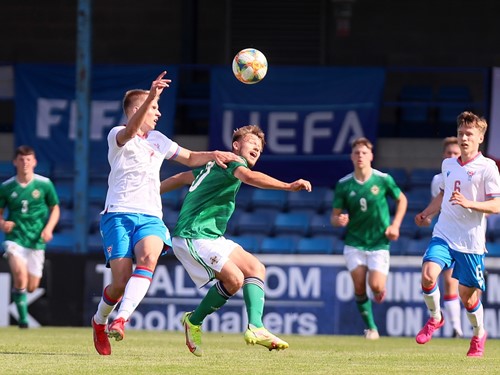 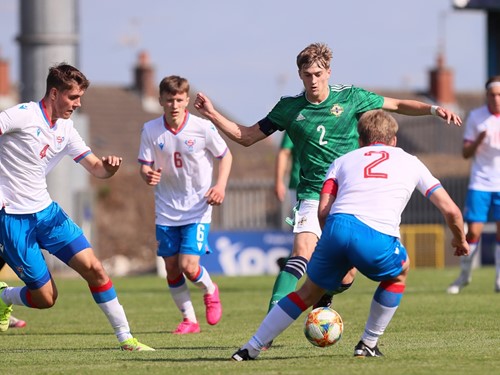 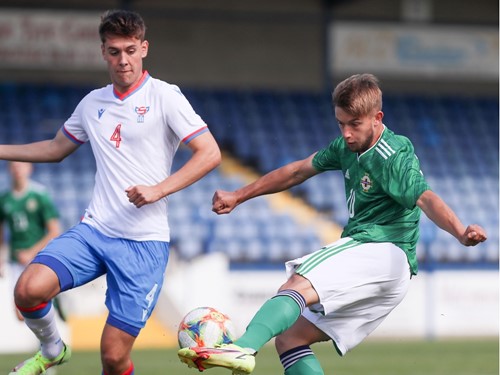 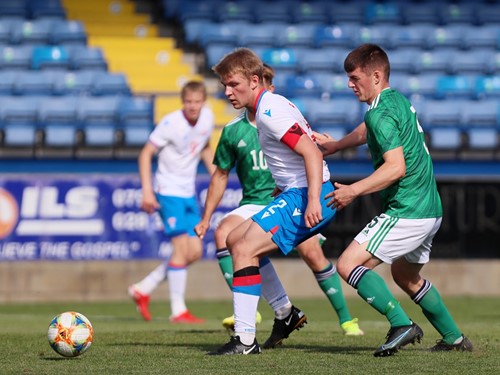 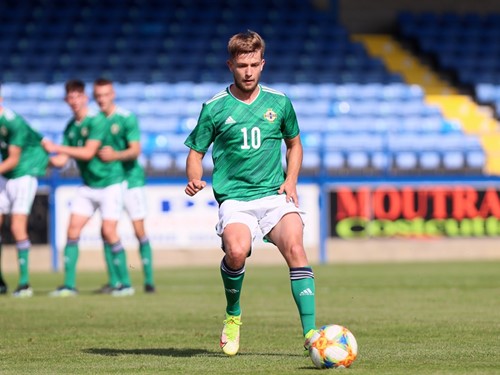 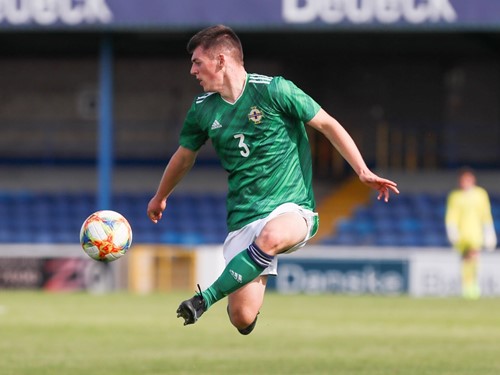 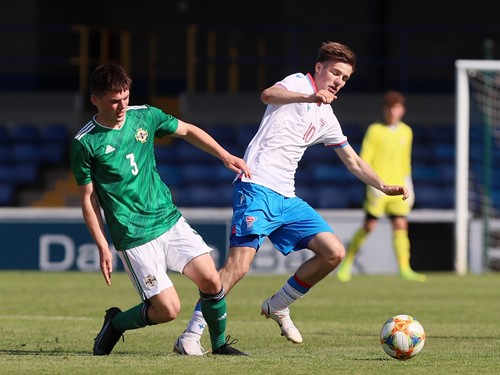 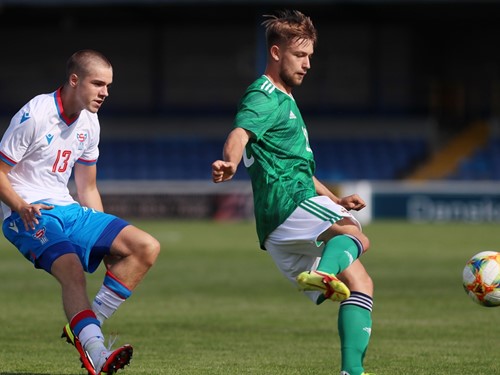 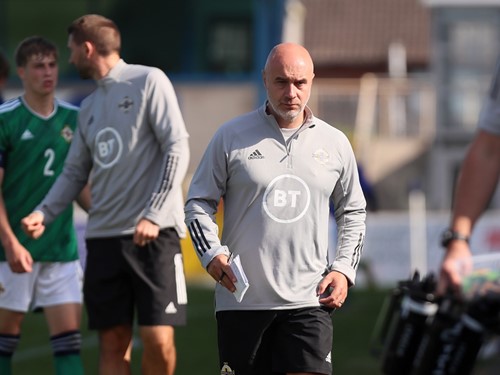 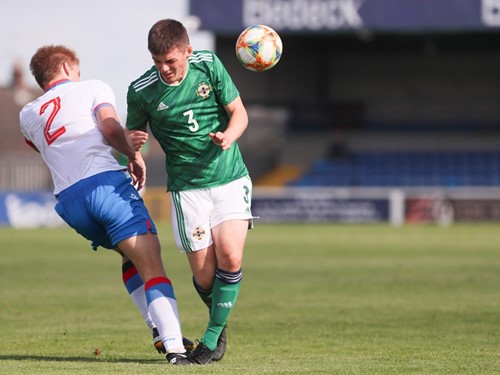 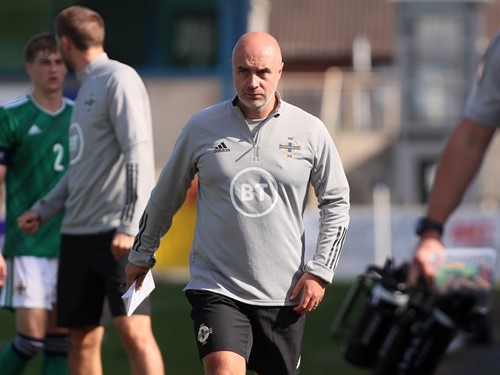 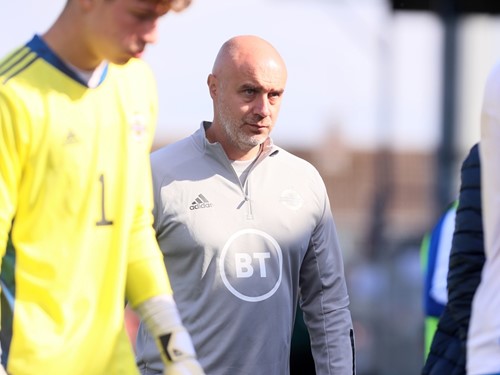