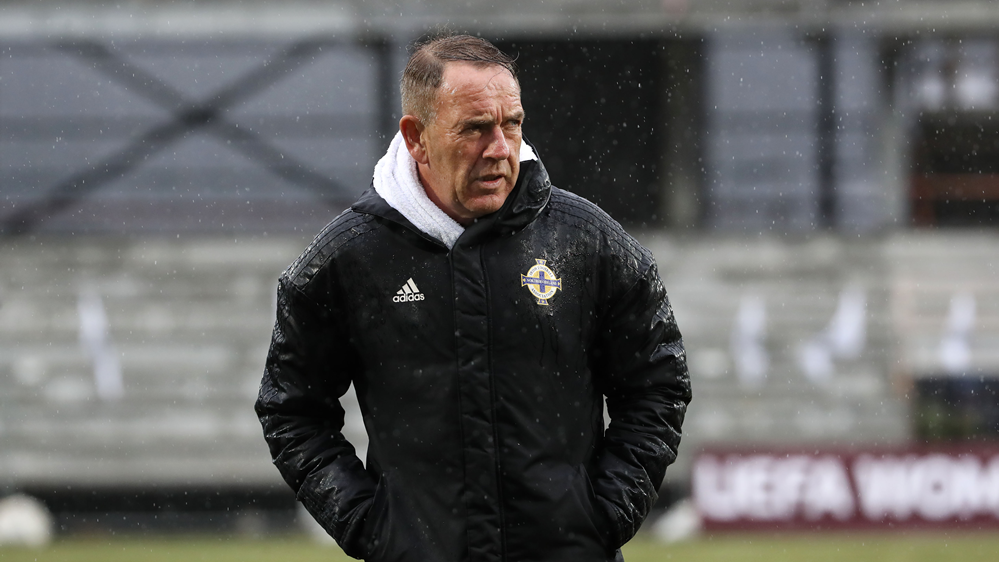 It’s not a position they are used to, however manager Kenny Shiels believes they can live up to the billing and get the desired result in Torshavn (5pm kick-off, UK time).

Northern Ireland are fourth seeds in Women’s Euro Qualifying Group C, while the Faroese are fifth seeds. A win for Shiels’ team would keep them on course to finish second in the group. 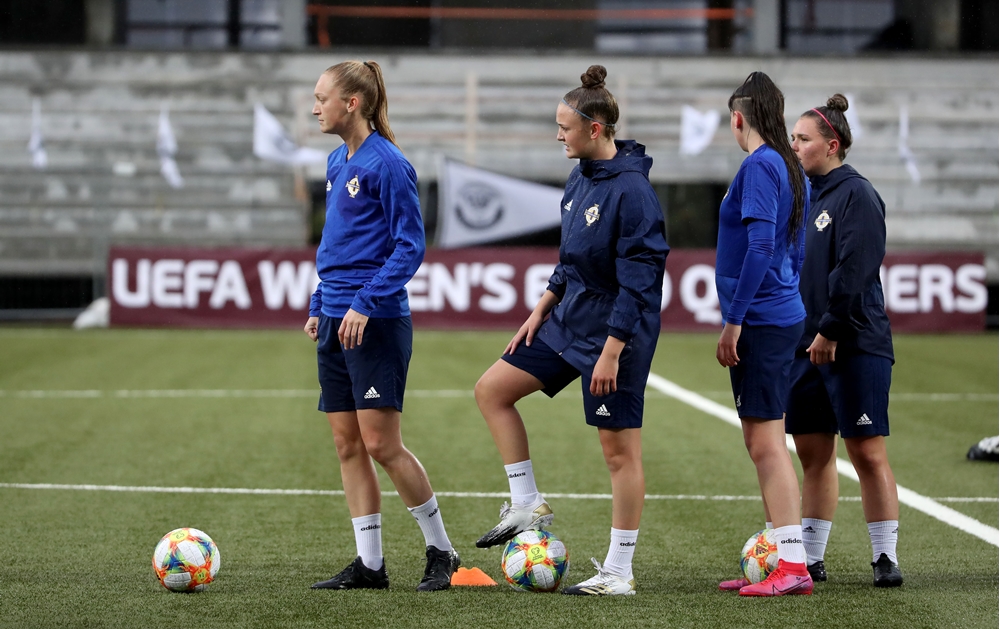 Although draws home and away against second seeds Wales, and two defeats against runaway leaders Norway, see them currently sitting fourth in the group on two points, they know that if they win their four remaining group games and Norway beat the Welsh home and away then they will have a shot at a play-off to compete at the Women’s Euro in England in the summer of 2022 due to the away goals they scored against the Welsh (2-2 draw).

They simply have to keep on winning and believe the Norwegians, who face Wales at home next Tuesday, can maintain their 100 per cent record.

The bulk of Northern Ireland’s 20-strong panel play their football in the Danske Bank Women’s Premiership, which only returned to action at the end of last month, however the boss believes his side can secure three points today even though the senior women’s league in the Faroes has been in full swing for some time.

For the past couple of months Shiels has been putting his Northern Ireland-based players through their paces at weekend training sessions – and he has been encouraged by their energy and enthusiasm.

He is happy with the blend of youth and experience in his squad and he may even have some selection headaches ahead of kick-off. His four strikers - Kerry Beattie, Simone Magill, Kirsty McGuinness and Lauren Wade - have all looked sharp in training.

The Faroese have lost all three of their group games to date and have not managed a goal. They were beaten 6-0 by Wales at home, 6-0 away to Belarus and 13-0 at home by the Norwegians. And that’s why they are underdogs going into the match in Torshavn against the girls in green and white.

After today’s game Northern Ireland are scheduled to play Belarus away on 27 October, Belarus at home on 27 November and the Faroese at home on 1 December to complete their Group C qualification campaign. Belarus, the third seeds, are currently third in the Group C table with three points from three matches. Their next game is against the Faroes in Torshavn next Tuesday. 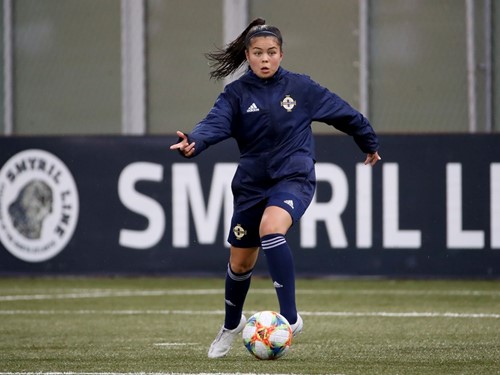 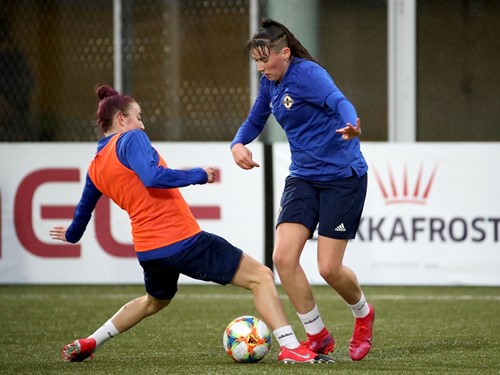 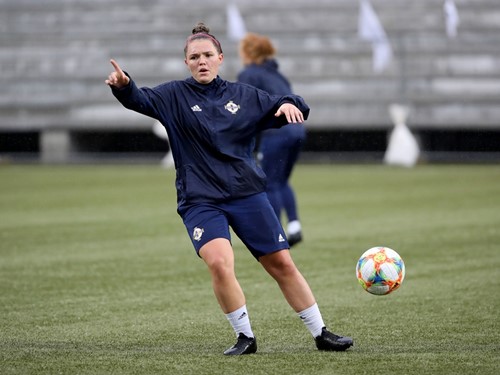 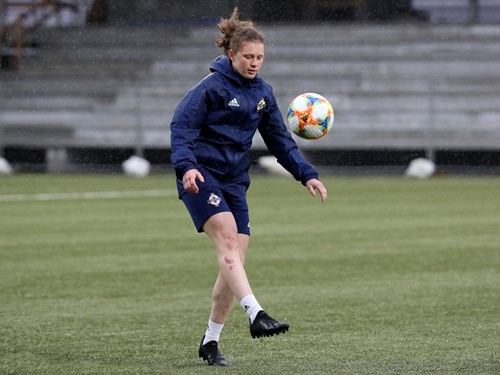 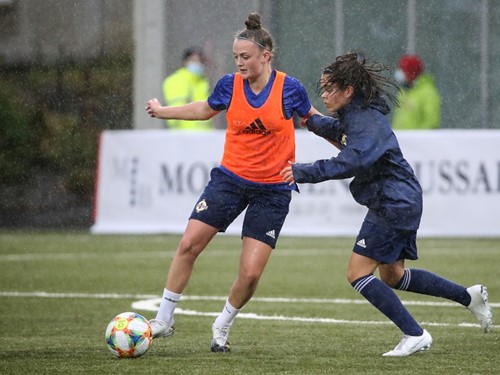 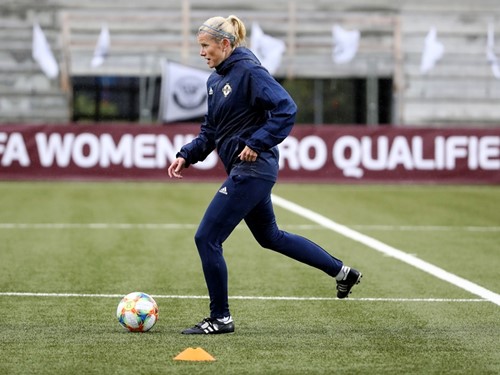 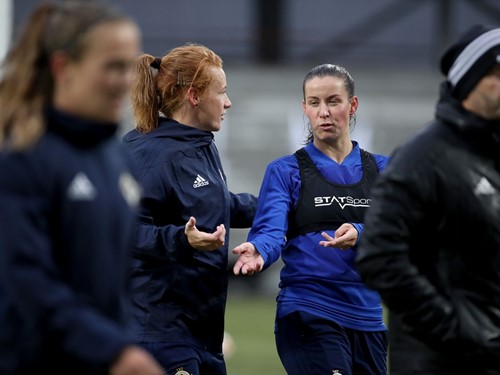 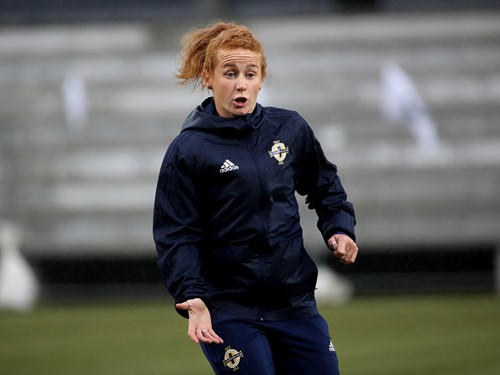 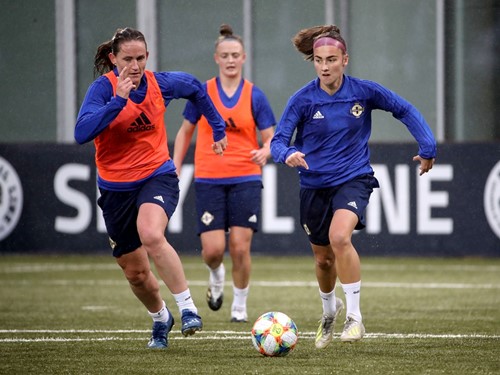 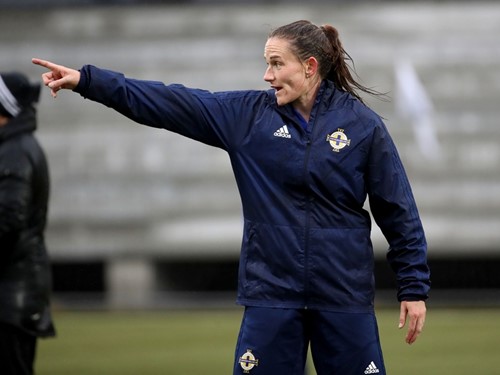