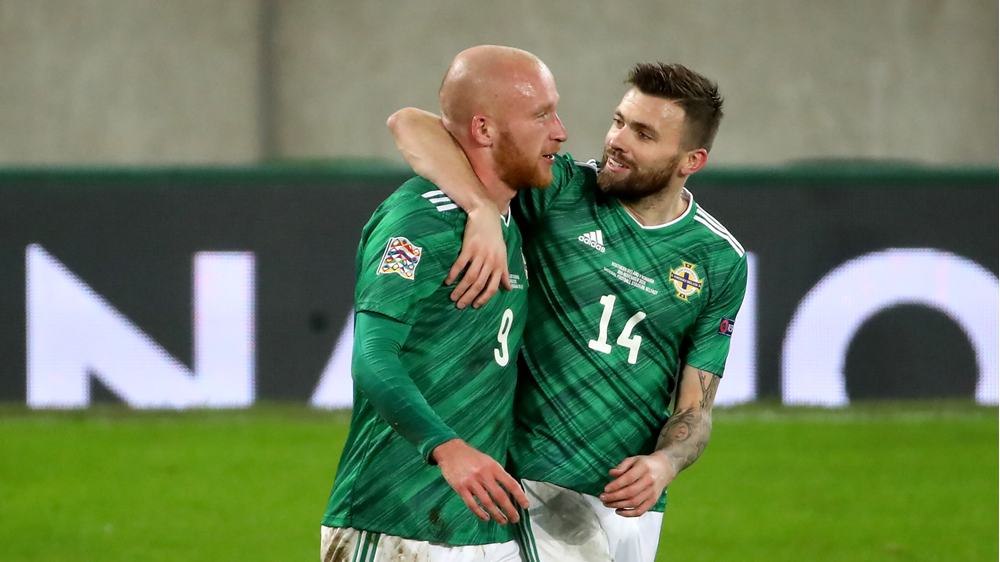 Northern Ireland will begin their FIFA World Cup Qatar 2022 qualification campaign with an away match against Italy and finish it with a home fixture against the Italians.

Game one of eight in European Qualifying Group C for the boys in green and white will see Ian Baraclough’s team face the group’s top seeds on Thursday 25 March. The venue in Italy is still to be confirmed.

The fixtures schedule was revealed earlier tonight and it shows third seeds Northern Ireland have avoided having a triple header of qualifiers in any of the international windows set aside for the World Cup qualifiers in Europe next year.

Their second game will be against fourth seeds Bulgaria at the National Football Stadium at Windsor Park on Wednesday 31 March. The four other teams in the group vying for a place at the 2022 finals in Qatar will face each other on Sunday 28 March and Northern Ireland will play a friendly that night.

Game three will see Northern Ireland come up against fifth seeds Lithuania away on Thursday 2 September (venue tbc), while they will meet second seeds Switzerland in Belfast on Wednesday 8 September. Baraclough’s side will have a friendly in between those games – on Sunday 5 September.

Italy’s involvement in the UEFA Nations League finals next October means they will not have any qualifiers that month.

Their penultimate match in Group C is set to be staged on Friday 12 November when they will take on Lithuania in Belfast, while the final game of the campaign is against the Italians at home on Monday 15 November. 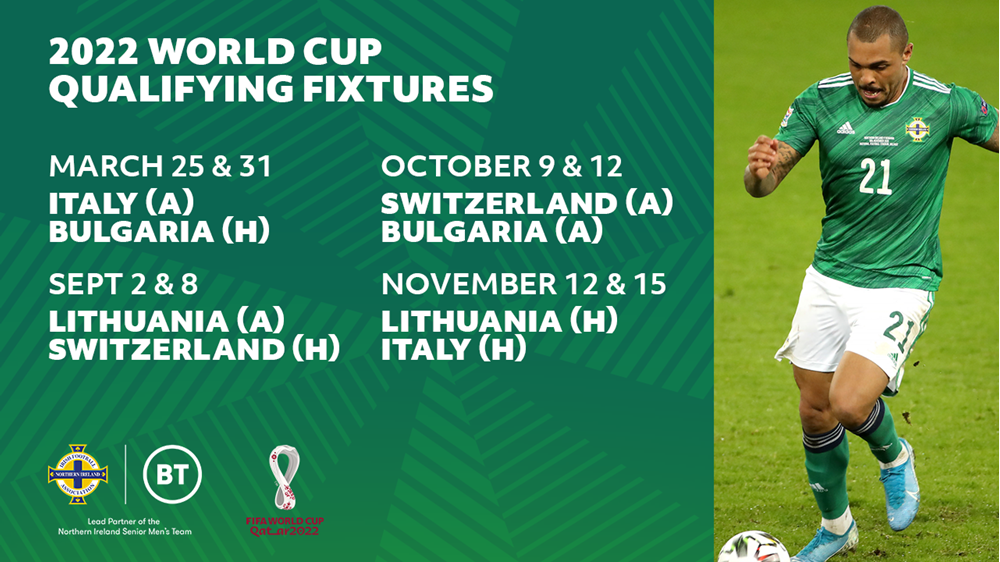