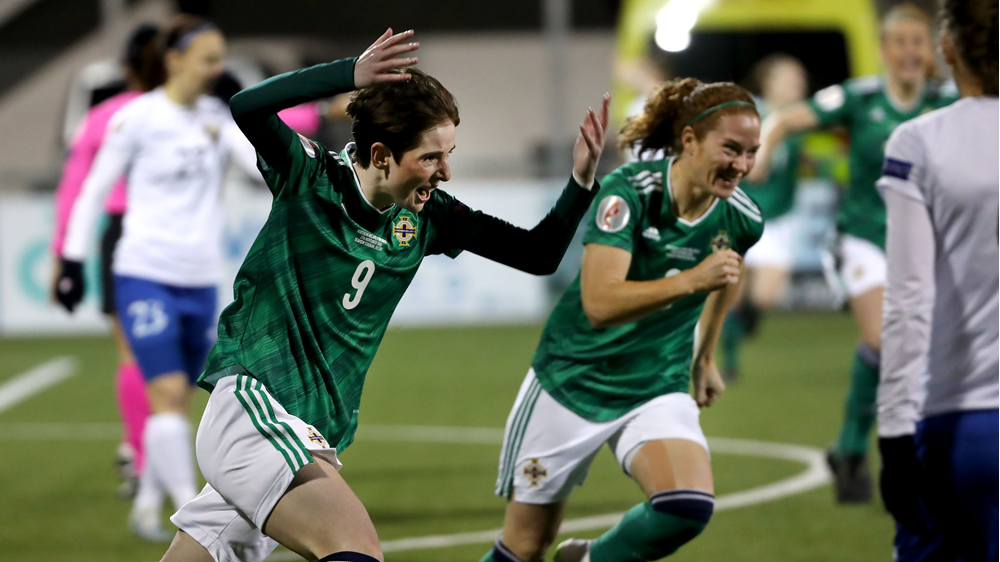 History is on the horizon for Northern Ireland's senior women's team as they prepare to meet the Faroe Islands tonight.

Victory in their final UEFA Women's Euro Group C clash would guarantee a play-off in April for the tournament which is being staged in England in 2022.

Kenny Shiels’ side bagged a memorable 3-2 success over Belarus on Friday evening, setting up what could be an historic night at Seaview. They faced the Faroes in Torshavn in September and ran out 6-0 winners and will be hoping for a repeat result this evening.

With Northern Ireland in the early stages two-week circuit breaker lockdown, tonight’s match will be played behind closed doors but the match is available to watch live from home.

The game against the Faroes tonight kicks off at 7pm and will be streamed live on the BBC Sport NI website and BBC iPlayer.