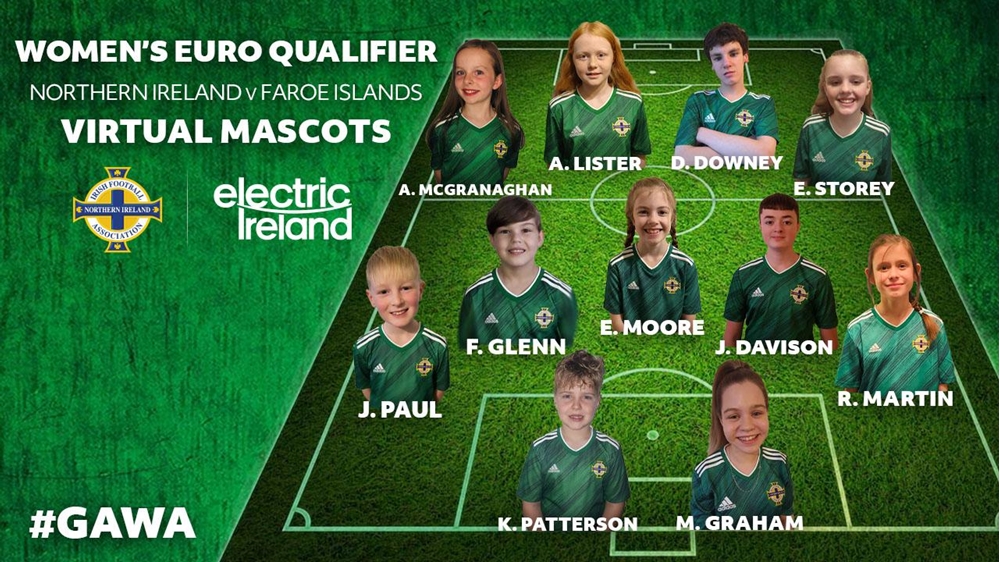 We have a very special team of 11 virtual mascots for Northern Ireland senior women’s final UEFA Women’s Euro qualifier of the campaign against Faroe Islands.

The mascots for tonight’s crucial game were all nominated by the Green and White Army in conjunction with Electric Ireland.

While they and their families can’t be with us in person at the match due to COVID-19 restrictions, during the build-up to the game they each received a Northern Ireland home kit and an Electric Ireland / Northern Ireland goodie bag.

They will also feature in the digital version tonight's official match day programme.