The Northern Ireland Schools’ Football Association is preparing to host the 2021 Victory Shield tournament in Belfast next week.

The competition, which gave first international call-ups to Northern Ireland legends such as Steven Davis, Aaron Hughes and Jonny Evans, and more recently to Conor Bradley, is due to get under way on Sunday.

Crusaders’ Seaview stadium and Harland and Wolff Welders’ new home, the revamped Blanchflower Stadium, will be the venues for the six games in the tournament.

NISFA said it is delighted to be hosting the Under-16 Schoolboys international competition, which is run by the Schools’ Association Football International Board.

The Victory Shield was presented to SAFIB in 1947 to mark, as suggested by its title, victory by the Allies in World War II - and has been played for continuously since then.

Wales and Scotland shared the trophy in 2019-20, while the competition was not staged last season due to the Covid pandemic.

England have not entered in recent years, so Northern Ireland’s U16s will be facing Wales, Scotland and the Republic of Ireland in the 2021 tournament.

The Northern Ireland squad face a tough opener against Wales at Seaview on Sunday (17 October), while Scotland will take on the Republic at Blanchflower Stadium on the same day. Both games kick off at 3pm.

Next up for Northern Ireland are Scotland at H&W Welders next Tuesday (19 October), while Wales will lock horns with the Republic at Seaview that day. Again both games kick off at 3pm.

The final matches are scheduled to be played next Friday (22 October) with Northern Ireland taking on the Republic at the Welders (1pm), and prior to that it will be Wales v Scotland at the same venue (11am).

Preparation for the tournament has differed this year with the squad completing a four-day training camp in Newcastle, Co Down, and they also travelled to Glasgow for a game against Rangers’ U17s.

Murray has chosen a 22-strong squad for the competition. He said: “The players and staff have worked incredibly hard over the past few months to prepare as best as we can for the Victory Shield.

“Hosting this flagship competition here in Northern Ireland will give the players extra motivation to achieve success. We have a hard working, talented and brave group of players that are determined to showcase their hard work and talent in front of a home crowd.

“The players have been through a difficult 18 months of lockdowns and restrictions which has reduced their opportunities to play, however they are in a good place now both physically and mentally which is a huge credit to their levels of resilience and something they and their families should take a great deal of pride and satisfaction in.

“It will be an exciting and challenging week for all involved and it’s something that we are looking forward to immensely.” 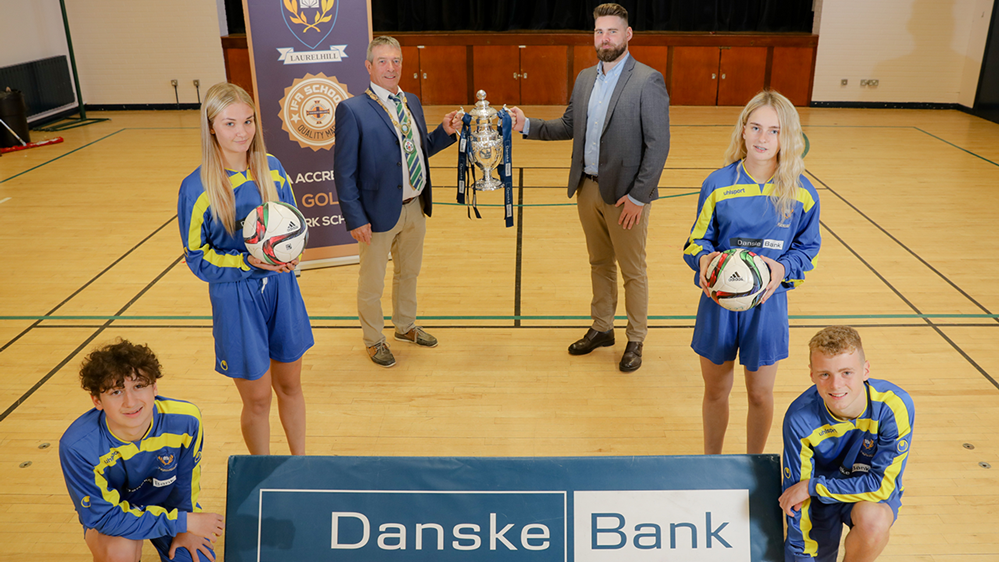 NISFA’s Schools’ Cup up and running once again