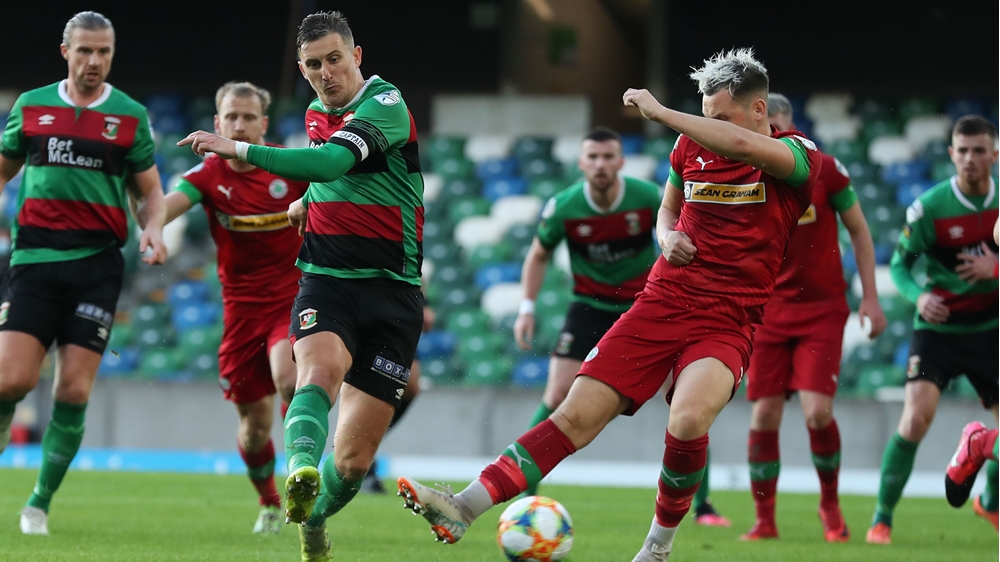 The Glens won 7-6 on penalties to edge past Cliftonville at the National Football Stadium at Windsor Park tonight.

The two teams were locked at 1-1 after 120 minutes-plus in what was a pulsating game at times, however the best was yet to come.

The shootout was packed full of drama. Glentoran’s Robbie McDaid scored first from the spot before Garry Breen levelled for the Reds. Former Red Ruaidhri Donnelly then netted and Cliftonville captain Chris Curran did likewise. 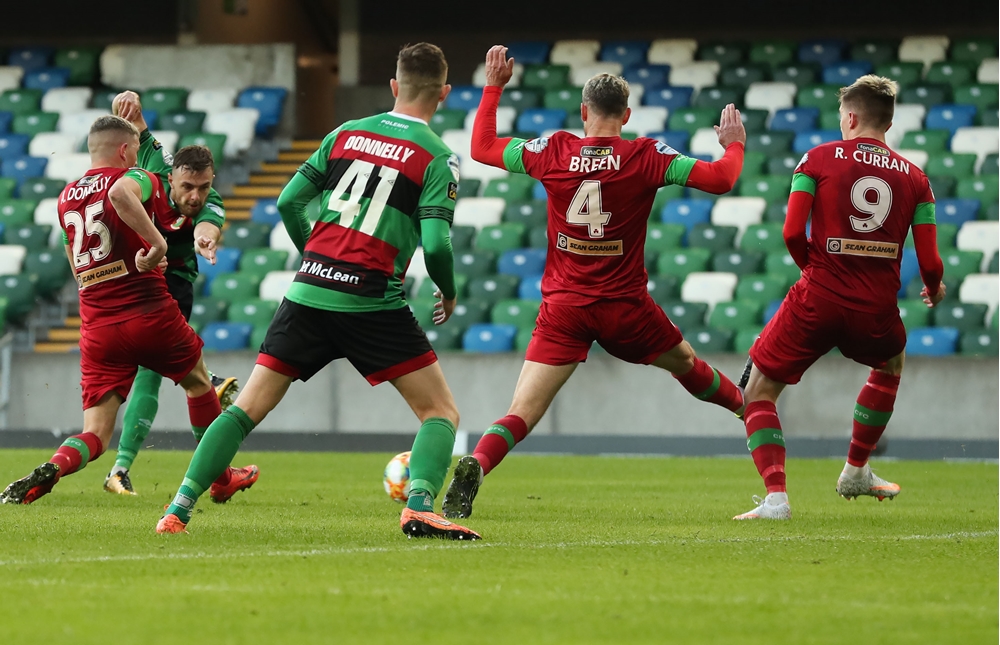 Joe Crowe hit the back of the net for the Glens before the Reds’ Ryan Curran skied his effort over the bar. However, Cliftonville keeper Richard Brush saved the next two Glentoran penalties, from Keith Cowan and Elvio Van Overbeek, while Joe Gormley scored for the Reds and veteran Glentoran stopper Elliott Morris pushed Conor McMenamin’s effort onto the post.

At that stage the shoot-out went to sudden death. Navid Nasseri, Ciaran O’Connor and Jonny Frazer scored for the east Belfast side, and Ronan Doherty, Jamie Harney and Liam Bagnall hit the net for the north Belfast team.

Penalty number nine for the Glens was scored by captain Marcus Kane, however Reds defender Conor McDermott’s effort from the spot was saved by Morris and that meant the Glens won the shootout 7-6.

The game started at a cracking pace and the first chance came in the first minute when Glens forward Nasseri stung the palms of Brush with a powerful drive.

Then Glentoran defender Paddy McClean cleared the ball off the line after a Chris Curran shot beat Glens keeper Morris.

The Glens pushed forward once again and striker McDaid headed over the top. 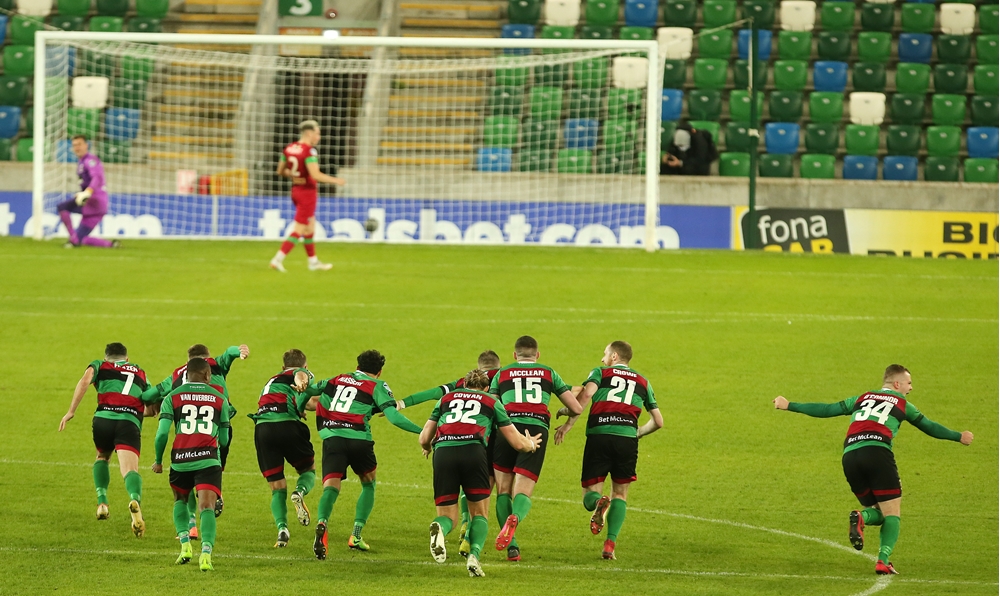 On 16 minutes Cliftonville took the lead. The lively McMenamin fired in an inviting low cross across the face of goal to Gormley, who fluffed his lines, but Glens defender McClean slipped as he tried to clear the ball and turned it into his own net.

Glens captain Kane came close with a deft effort before the Glens had a flurry of shots blocked by the Reds defence and Paul O’Neill fired wide from an angle.

Glentoran equalised in the 36th minute when McDaid turned sharply in the box and drilled a low shot just inside the post.

After the break the Glens were on the front foot. Kane supplied a great cross for McDaid but his header was well off target and then Cliftonville keeper Brush pushed the ball away at Paul O’Neill’s feet as he raced towards goal. And minutes later O’Neill fired a shot over the bar.

Then it was the Reds’ turn to apply pressure. On 57 minutes Michael McCrudden shot wide after being set up by Chris Curran before McMenamin’s blaster was well saved by Morris.

In the 81st minute McDaid’s low drive was deflected wide for a corner. Minutes later Crowe produced an excellent pinpoint long pass which found McDaid inside the area and the striker beat Brush with his header, however the ball bounced back off the post.

Then, as full-time approached, O’Connor clipped a ball into the box for Glens defender Cowan and his looping header clipped the outside of the post.

Down the other end Chris Curran blasted over the top from 12 yards before McDermott found Ryan Curran inside the area but he screwed his effort wide of the target.

In extra-time the first clearcut chance came when McClean delivered an excellent ball into the area to fellow Glens defender Kane and he headed it against the crossbar from eight yards.

Then Ryan Curran jinked his way past three or four defenders and pulled the ball back to Gormley inside the area, however he was leaning back when he connected with the ball and it flew over the bar.

In the second period of extra time Gormley set up McMenamin inside the area and his well-struck low shot drifted inches wide of the upright.

Then a Nasseri delivery found substitute Frazer at the back post but his slightly scuffed volley drifted past the post.

The final action of the extra 30 minutes saw Cliftonville’s Aaron Donnelly fire over the top from distance.

Then came the shootout and the spot kick success means Glentoran will now face Ballymena United in the final on Friday (31 July).