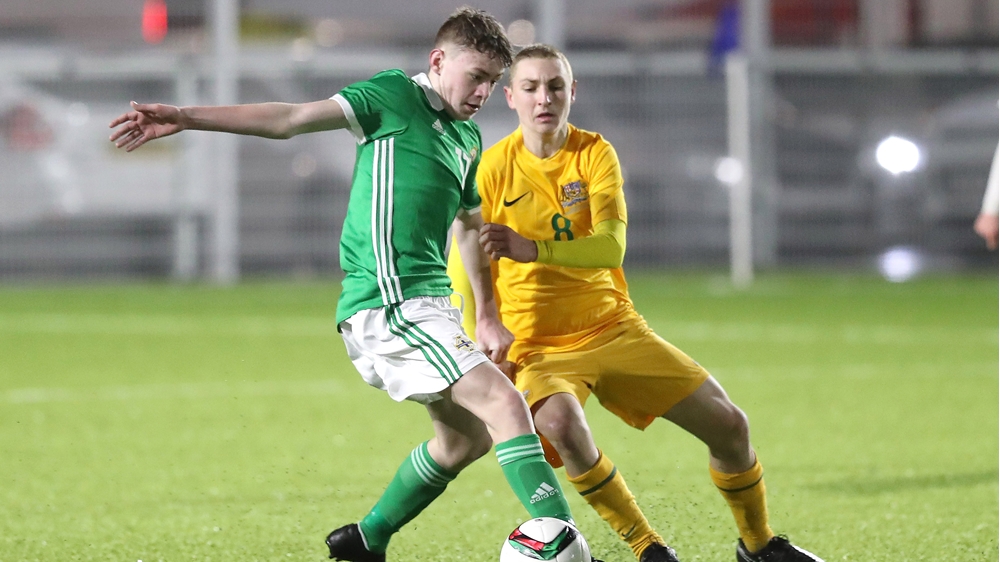 Bradley, who came through the ranks at Dungannon United Youth and Dungannon Swifts, captained Northern Ireland schoolboys to the Victory Shield title in 2018.

A talented prospect, Liverpool have described the County Tyrone native as ‘a versatile and athletic player’ who has been deployed mostly at right-back for the U18s, but can also operate further forward.

Last season he made his debut in the UEFA Youth League as well as featuring for Liverpools U23s in a Premier League International Cup fixture with Paris Saint-Germain.

His first goal for the Reds came against West Brom last November before scoring a superb goal against Spurs in the FA Youth Cup. A third goal arrived when he headed home a late winner in the league against Stoke City in January.