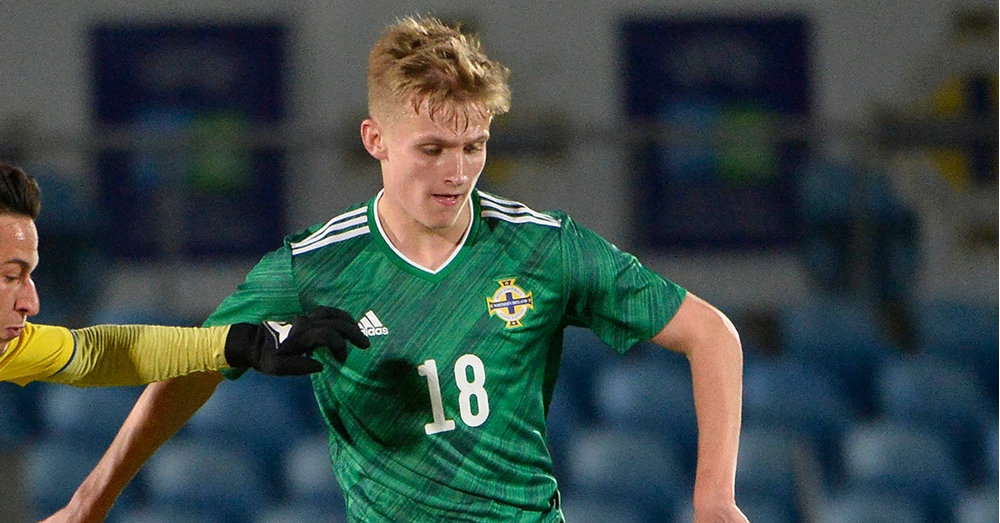 Andy Crosby has named his first squad as the caretaker manager of Northern Ireland’s U21s.

Four new faces are among the 22-strong panel he has chosen for behind-closed-doors U21 Euro 2021 qualifiers away to Malta next Friday (4 September) and at home to Denmark on Tuesday 8 September. The match against the Danes is being played at Ballymena Showgrounds (5pm start).

Crosby, who was assistant to Ian Baraclough before he stepped up from the U21s earlier this summer to become Northern Ireland senior men’s team manager, has named several tried and tested U21 players in his panel.

The caretaker boss has an experienced midfield bloc to choose from, with the likes of Caolan Boyd-Munce (Birmingham City), Alfie McCalmont (Leeds United), Ethan Galbraith (Manchester United), Ali McCann (St Johnstone), Chris Gallagher (Glentoran) and Jake Dunwoody (Derry City) all in contention for a starting place in the two games.

Celtic keeper Conor Hazard, another U21 mainstay, will play behind a solid defensive unit, although regular U21 defender Bobby Burns (Barrow) is missing due to injury. Up front Derry City’s David Parkhouse and Glentoran’s Paul O’Neill are familiar faces.

The new boss said: “I am proud and honoured that Ian and the IFA board have given me this opportunity to continue the great progress made both on and off the pitch with this group of players.

“A lot of things have changed in the world since we were last together but I’m looking forward to seeing the players and staff, and having had numerous conversations with them I know they can’t wait to get back together, prepare well and represent the country with pride in the two games.

“We face challenges against two teams with different qualities but we are looking forward to those challenges.”

The U21s had a tough opening to their qualification campaign last autumn but Crosby would dearly love to make an impact in the second half of the campaign.

In their five Euro qualifiers to date they have managed three draws and suffered defeats away to Denmark U21s and Romania U21s. They drew 0-0 with Malta at home last September and lost 2-1 away to table toppers Denmark in October. The Danes have won all five of their matches to date in six-team Group 8.

Nine group winners and five best runners-up will be joined by hosts Hungary and Slovenia for a group stage of four groups of four from 24 to 31 March next year. Both host nations will stage games.

The four group winners and four runners-up will then qualify for the final tournament which will be played as a straight knockout final eight, with quarter-finals and semi-finals in Hungary and Slovenia and the U21 Euro 2021 final in Ljubljana, from 31 May to 6 June.

The Northern Ireland U21 squad for the games against Malta and Denmark is as follows: 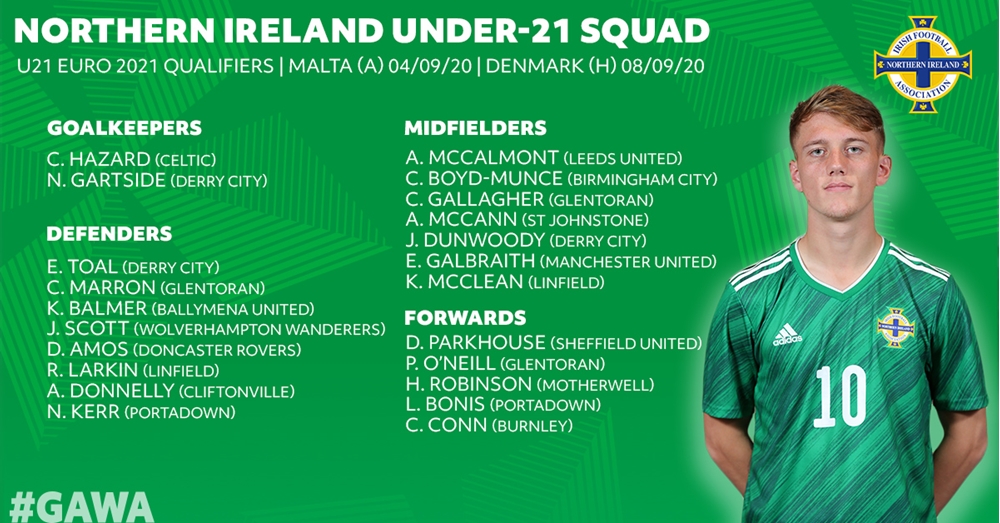