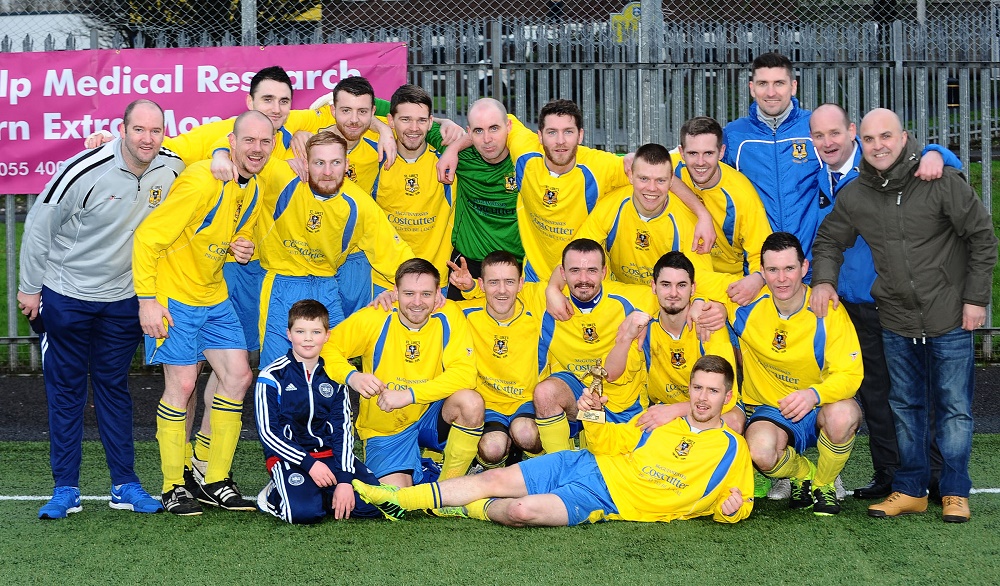 Hill Street travelled to Twinbrook full of confidence having scored 54 goals in the Mid Ulster Football League Division 1 this season, but the home team have been resolute by remaining undefeated during the current Northern Amateur Division 2A campaign.

The game started off quietly with both sets of players sounding each other out.

In the 14th minute Penny from Hill Street went on a good run and side footed the ball goalwards only to see it well blocked by the home defender.

The referee Vernon, had reason to speak to Penny and O'Rourke following a tussle.

Aaron Kidd in the away goal was having a great game and his talking was inspirational.

A superb through pass in 19th minute from St Luke's found Todd in space, and he advanced to a one on one with Kidd.

A brilliant block saved the day for the visitors and the ball rebounded off Todd to safety.

Penny at 6ft4in was causing problems for St Luke's and another weaving run saw him blaze over the bar when he could have picked his spot in 20th minute.

Pearse Smyth had a cracking run and brought a fine save low down from Kidd to prevent the home side going in front in the 24th minute.

Eventual Man of the Match Todd picked up the ball wide left on 25 minutes and went on a weaving run down the left, beat former Loughgall player Reynolds and squared across the penalty area only for the ball to evade his frustrated colleagues in the box.

The game was turned on it's head on 28 minutes when again Todd broke the Hill Street high line, and found himself with just Kidd to beat. He weaved to the left as Kidd tried to take the ball off his toe but he only managed to take his legs at the same time.

The referee immediately pointed to the spot and then reached into his back pocket and produced the red card. Up to this minute Kidd was a contender for Man of the Match.

A cruel blow to Hill Street's aspirations to progress in the Junior Cup. Despite protests that a defender was behind the keeper, he left the field of play with the towering Penny acting as custodian.

Williamson stepped up and despatched the ball into the right hand corner to put St Luke’s 1-0 up.

Hill Street were galvanised after this set back and took the game to St Luke’s as you would expect from the former finalists.

Reynolds had a great shot superbly headed off the line by Emmet Hughes when Tierney had blocked the initial effort.

A cross from the right was headed past the left hand post by Captain Wright.

Todd was continuing to torment the Hill Street back line and another weaving run set up Paul O’Rourke for a snap shot just wide of the post.

Nothing of great importance happened for the next 20 minutes until Aaron McKinney found himself clear with another defence splitting pass over the static defence to advance on goal and from 12 yards slammed the ball past a stranded Penny in goal.

Hill Street threw their final throw of the dice by bringing Penny out of goal and going up front, but it was too little, too late.

A final flourish by Todd saw him go on another mazy run to chase a lost cause and somehow managed to reach the ball before it crossed the bye line to set up another goal scoring opportunity.

Overall a sound performance from St Luke's to advance to the last 16 of Junior Cup, but a game to be remembered for the one moment of madness from keeper Kidd. 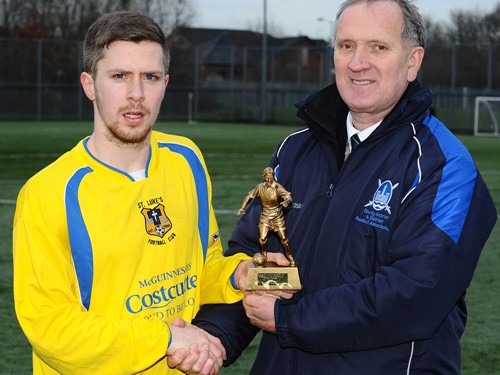 Man Of Match pic: James Todd of St Luke's is presented with the "Man of the Match" trophy by Robert Doherty of the Irish FA Junior Committee 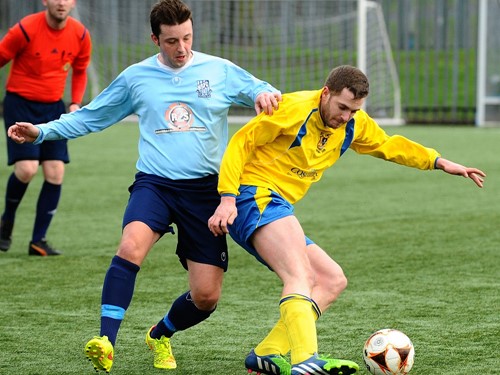 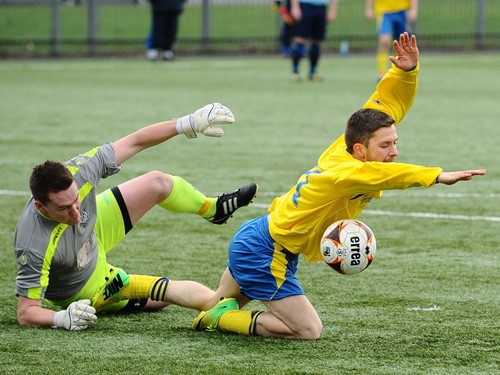 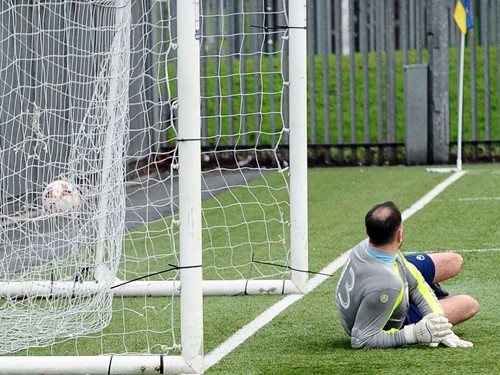 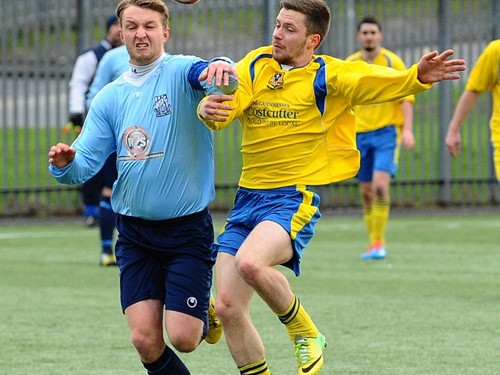