Goals, Comebacks And Shoot-Outs On A Day Of High Cup Drama 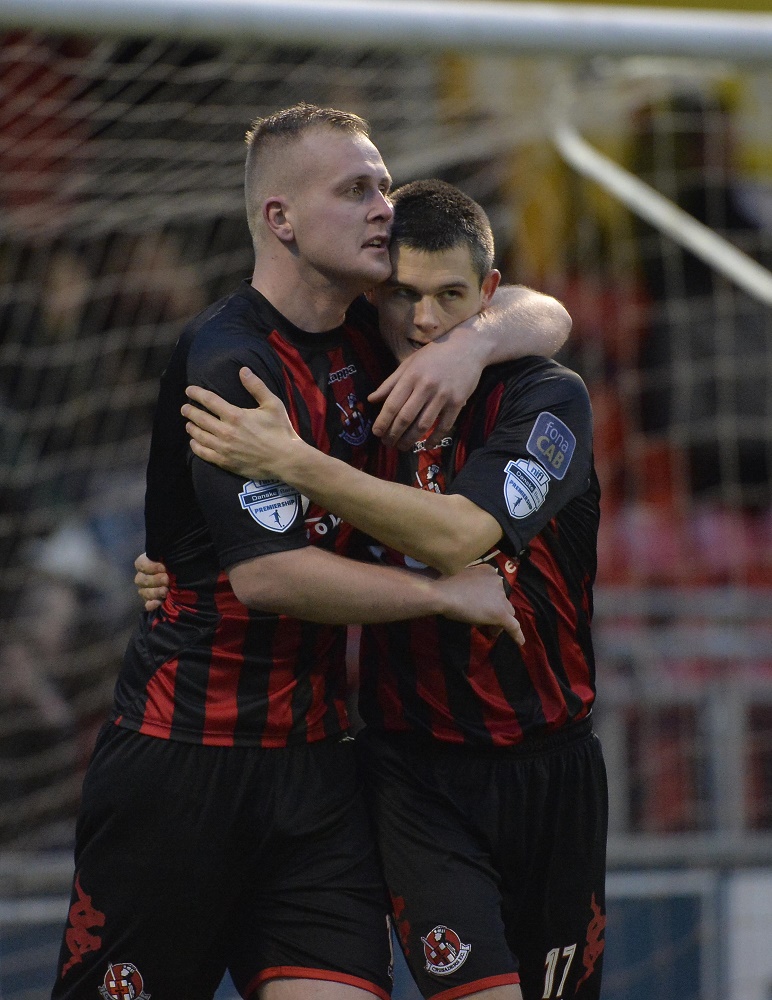 Perhaps the most dramatic game of the day was Coleraine's defeat of Ballinamallard United in the all Premiership clash at The Showgrounds.

The Mallards raced into a two-goal lead with little more than half-an-hour gone when first Ryan Campbell and then Adam Lecky fired Whitey Anderson's side into a commanding position.

That was how it stayed until five minutes from time when veteran defender Stephen Douglas pulled a goal back for the Bannsiders before, deep into stoppage time, Ruairi Harkin levelled with a left-foot drive beyond Alvin Rouse.

The extra-time that followed produced no further goals and with the tie needing to be settled on the day it required a penalty shoot-out to separate the sides with Oran Kearney's side emerging on top.

Stefan Lavery and Shea Campbell scored within the opening 15 minutes as City dominated the game but back came Portstewart with two goals midway through the second half from Luke Bradley and David McClements.

As with events at Coleraine, extra-time was scoreless before Championship 1 side City mastered the shoot-out with a 4-1 victory to progress.

Extra-time was needed at a further two games.

Linfield hosted Ballymena United in one of several meetings between the sides this month. Andrew Waterworth fired the Blues in front early in the second half but Ballymena hit back not long after the hour through Gary Thompson.

David Healy's side were then reduced to ten men following Paul Smyth's dismissal in the first period of extra-time but, undaunted by this, Guy Bates grabbed Linfield's winner soon after with a diving header beyond Alan Blayney.

United also finished the game with ten men when Johnny Taylor was sent-off moments from the end.

There were three dismissals in a highly charged Glen Road encounter as Championship 2 side Sport & Leisure Swifts knocked out Championship 1 visitors Institute.

'Stute moved in front on 25 minutes when Garbhan Friel converted from the spot but his joy proved to be short-lived when he was shown a red card just nine minutes later.

Ciaron Harkin doubled Institute's lead before the break - another penalty - but Swifts pulled one back courtesy of a Conor Glenholmes finish on 52 minutes.

Then, just as it looked like the visitors had done enough to book their place in the Sixth Round, up popped Declan Gallagher in the third minute of injury time to force an extra 30 minutes.

Two further red cards followed on 101 minutes, Gavin Johnston for Swifts and 'Stute's second scorer Harkin before, seven minutes after that, Kevin Lynch fired home what proved to be the winner with yet another penalty.

Crumlin had led through two Ciaran Murphy goals around the hour mark but Oxford hit back with a Kyle Curran brace before Brown emerged to settle the game.

Top scorers on the day were Portadown who, inspired by a Mark McAllister hat-trick, swept past Wakehurst 6-1 at Shamrock Park while Loughgall defeated Larne 5-2 in the all Championship 1 tussle at Lakeview Park.

There were seven goals, too, at Stangmore Park as Dungannon Swifts defeated Warrenpoint Town 4-3.

Cliftonville avoided a potential banana skin courtesy of two second half goals from James Knowles and Chris Curran to see them safely past Immaculata while, across north Belfast, Crusaders hit three without reply past Rathfriland Rangers, amongst the scorers was Jordan Owens who set a new club record in the process.

Miguel Chines scored the first goal of the day on four minutes as Carrick Rangers travelled to Crystal Park to defeat Banbridge Town 2-0 while Eoin Bradley hit a double at Glenavon knocked HW Welders out 4-1 at Tillysburn Park.

Elsewhere, Lurgan Celtic defeated Bangor 2-1 at Knockrammer Park and Tobermore United went down by two goals at home to PSNI. 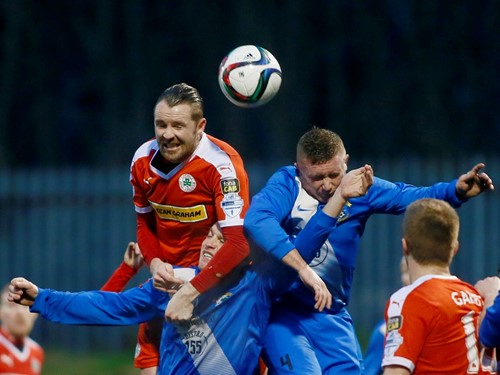 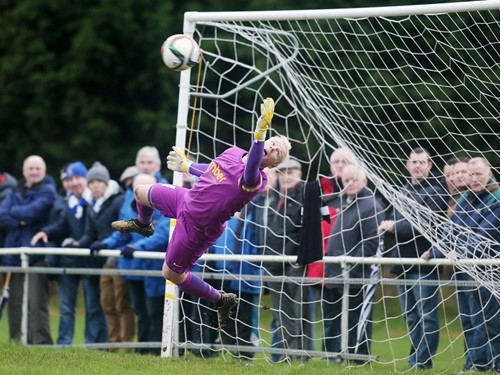 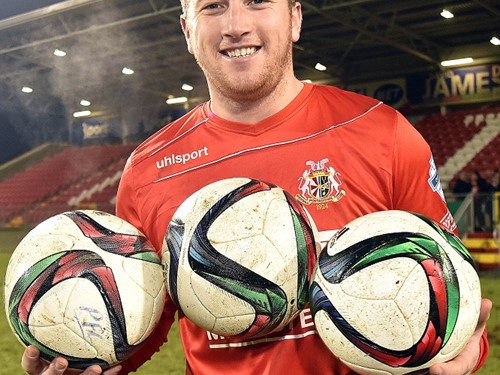 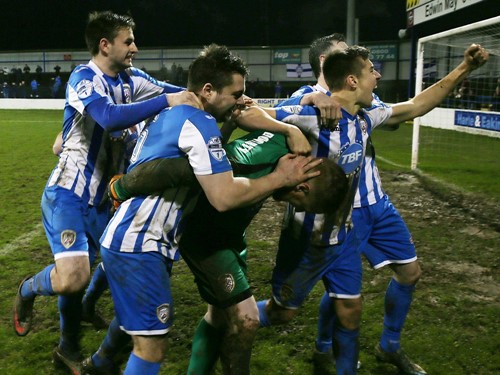 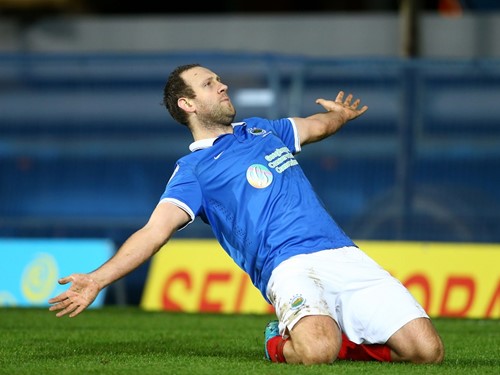