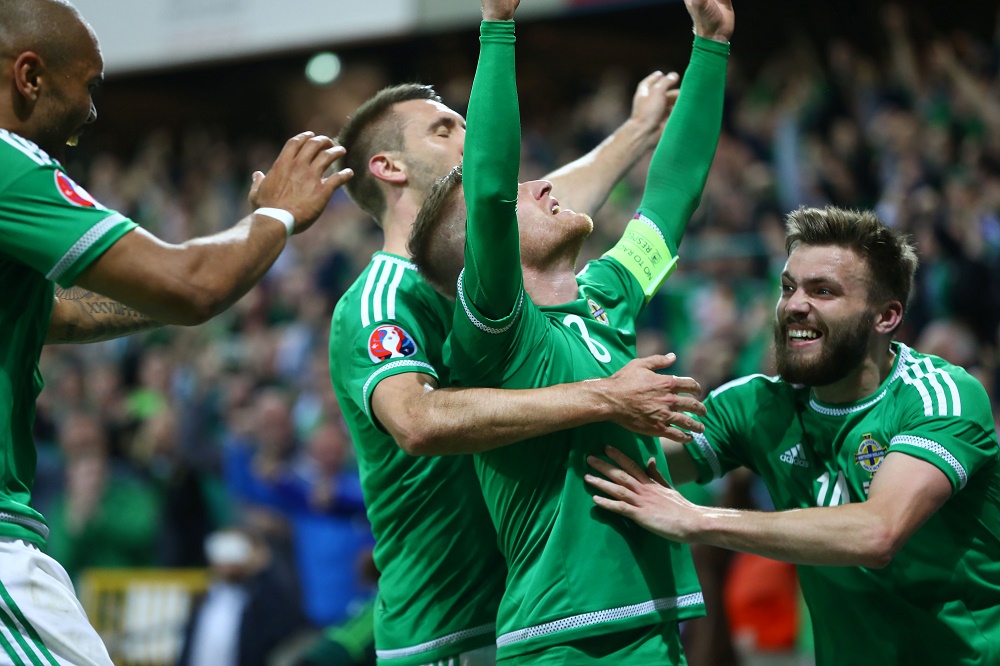 Northern Ireland have qualified for the finals of the 2016 European Championships next summer in France following a comprehensive 3-1 win over Greece.

Two goals from skipper Steven Davis either side of a Josh Magennis header saw Michael O'Neill's men sweep to victory in the cauldron like atmosphere of the National Stadium at Windsor Park.

Amid an electric atmosphere within the ground Northern Ireland got off to an up tempo start with Magennis and then Oliver Norwood enjoying half chances within the opening three minutes.

Then, on six minutes, Jamie Ward did well to win a corner which Norwood then despatched for Stuart Dallas but his header was turned away for another set piece.

Greece began to find their feet, though, and created some danger themselves after a quarter-of-an-hour when a Panagiotis Kone corner was knocked on at the near post although Michael McGovern proved equal to the challenge with a good save.

Switching to the other end, Ward was presented with a header on goal from a Norwood cross but, in the end, it drifted wide.

The chances continued. On 25 minutes Dallas cut a cross back into the area with the ball falling for Magennis but his shot on the turn was blocked by Vangelis Moras.

It was no surprise, then, when Davis eventually handed Northern Ireland the lead they so deserved on 35 minutes after he got on the end of a Dallas ball across the face of goal to tap home.

Greece almost levelled moments from half-time, though, after Kostas Mitroglou struck an upright - a timely reminder, perhaps, that Northern Ireland needed to repeat their first half performance after the break.

But, just four minutes into the second half, any lingering doubts that this wasn't going to be our night were duly vanquished when Magennis nodded a looping header from another Norwood corner to double Northern Ireland's advantage.

And eight minutes after that it was 3-0! On this occasion it fell to Chris Brunt to deliver the telling ball - a corner - for that man Davis to power an unmarked header well beyond the reach of 'keeper Orestis Karnezis.

The visitors pulled a goal back with three minutes remaining after Christos Aravidis tapped the ball past McGovern following good work from Vasilis Torosidis.

That didn't dampen the party mood and following three minutes of stoppage time referee Bas Nijhuis sounded his whistle for the final time to confirm Northern Ireland's place in the European Championships for the first time! 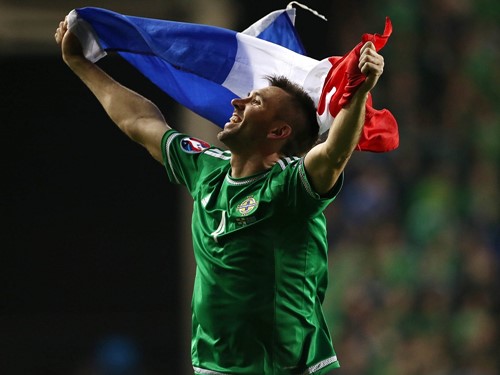 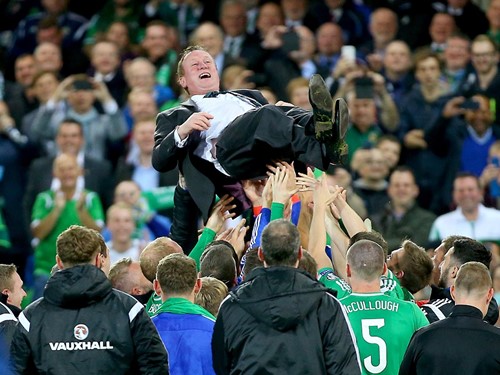 Michael O'Neill celebrates with his players 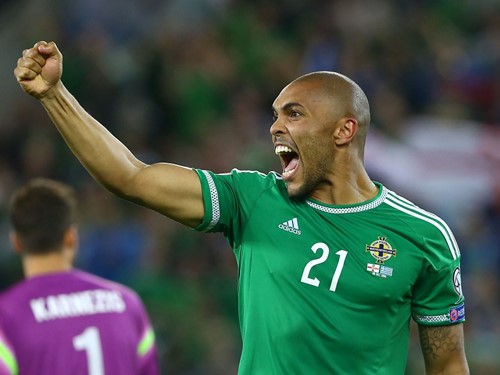 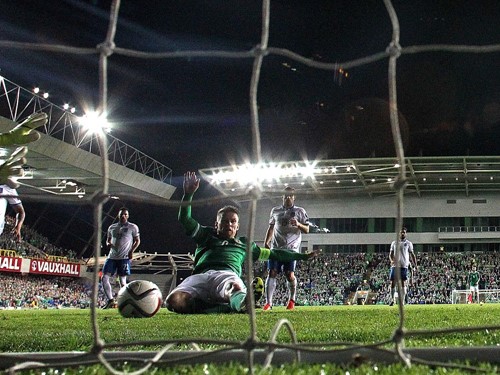 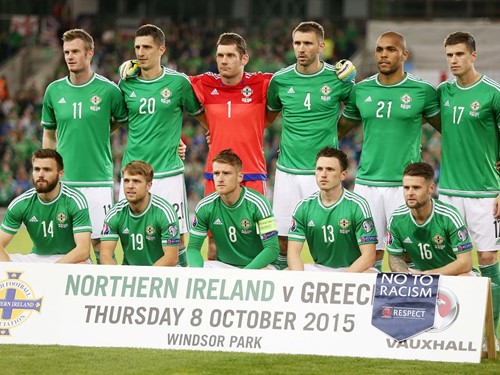