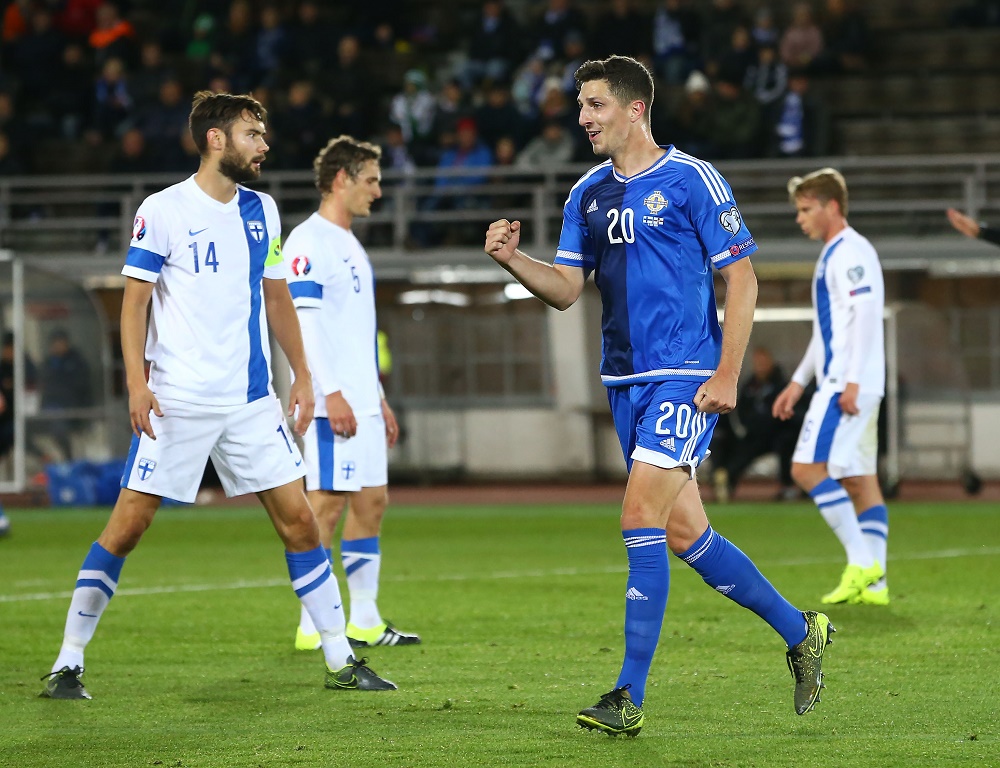 After historically clinching a place in the finals next summer Michael O'Neill's side turned their attentions to winning the group, knowing that avoiding defeat in Helsinki would be enough.

Craig Cathcart gave Northern Ireland the lead after 31 minutes when, following a period of pressure,

Niall McGinn sent over a cross from the right for the Watford man to direct a header into the corner.

It was an advantage the visitors held until just three minutes from time. Paulus Arajuuri beat Michael McGovern with a left-foot strike after the ball fell for him in space inside the area.

Kyle Lafferty, back following a one-match suspension, had an early chance only to fail to convert a McGinn cross before Stuart Dallas tested 'keeper Lukas Hradecky.

Northern Ireland's bright start continued when Chris Brunt delivered a strong shot towards the top corner only for it to take a deflection off Gareth McAuley - and not long after that Brunt saw another effort thwarted by one of his own team-mates when Chris Baird couldn't get out of the way.

Moments later at the other end Tim Sparv will feel he should have done better after failing to get a strong enough connection to the ball after Paddy McNair failed to clear properly.

Finland almost hit back within minutes of Cathcart's goal through Joel Pohjanpalo with a first time effort but McGovern proved to be more than equal to the challenge.

Then, five minutes into the second half, Finland came close again when Jere Uronen supplied a ball into the area for Pohjanpalo to turn over from close range.

After that, however, the game seemed to fizzle out with nothing more than a succession of half chances being created in front of either goal.

Arajuuri did grab that late equaliser for Finland but, in reality, the achievement of securing top spot in a qualifying group for the first time since the last 1950's was never really in doubt.

What a magnificent few days this has been!

Elsewhere in the group, Romania defeated the Faroe Islands 3-0 in Tórshavn to clinch the second qualification while Hungary went down 4-3 in Greece and now must hope to secure a play-off spot. 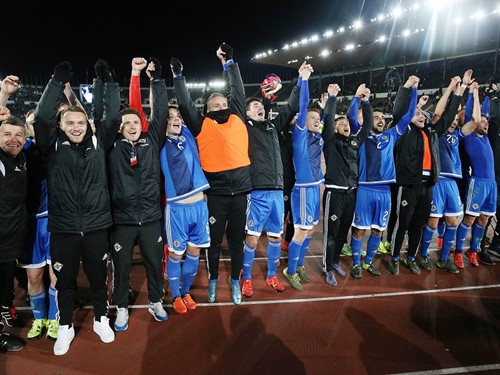 The squad and backroom staff celebrate topping the group 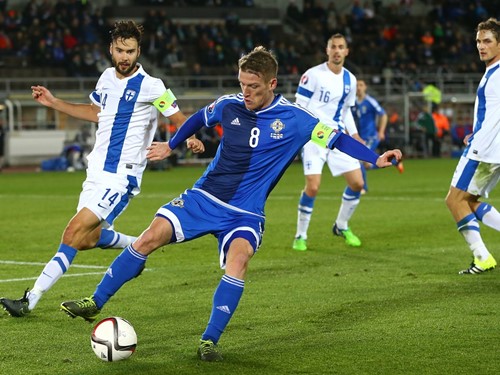 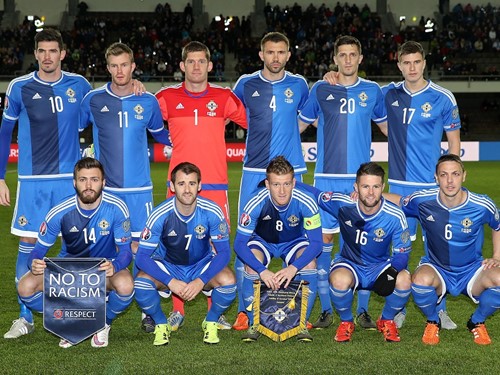