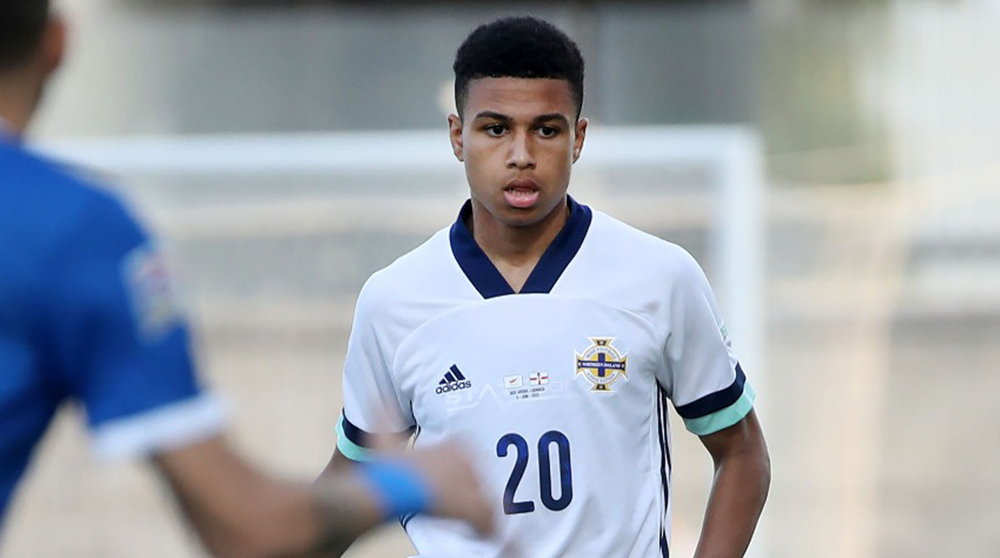 Northern Ireland are still searching for their first win in the UEFA Nations League after drawing 0-0 with Cyprus in Larnaca tonight.

Ian Baraclough’s team had plenty of possession in the League C Group 2 encounter at the AEK Arena but they lacked a cutting edge on a balmy night.

The disappointing 1-0 defeat to Greece on Thursday meant the boys in green and white went into the game still searching for their first victory in the UEFA competition at the 12th time of asking. That will now be the 13th time of asking.

In front of around 2,500 fans, including just over 600 Northern Ireland supporters, they produced some tidy football at times in their second match in the third edition of the Nations League, however they rarely tested the home keeper.

Cyprus stroked the ball around in the opening five minutes and the game’s first chance fell to the  Cypriots, however Ioannis Pittas’ low drive went well wide of the post.

Paddy McNair produced a fine delivery down the right on 13 minutes which was guided over the top by George Saville.

Minutes later Bailey Peacock-Farrell smothered a snapshot by Cyprus winger Loizos Loizou, who in the next attack evaded a couple of challenges before scooping a shot wide.

As the half wore on Northern Ireland started to have more possession.

In a slick move Steven Davis fed Kyle Lafferty who laid it back for Gavin Whyte, however he was closed down by the Cyprus defence as he was about to pull the trigger.

Then Whyte tried to tee up Saville but again the home defence snuffed out the threat.

Saville fired a cross into the area but no-one could get on the end of it, while a low shot from Shea Charles was deflected out for a corner. Jonny Evans floated a ball over the top to Whyte and his shot was blocked.

Cyprus centre back Fanos Katelaris produced a magnificent effort as half-time approached. His blaster from 35 yards cannoned off the crossbar.

Saville played in Niall McGinn down the left, however his pull-back drifted across the penalty area.

Northern Ireland showed a lot more urgency after the break in the sticky conditions. Whyte drilled in a shot which was well saved by Cyprus keeper Neofytos Michael and then Ciaron Brown found Evans at the back post and he guided a header just wide.

Steven Davis sprinted the length of the pitch to thwart a Cyprus counter-attack alongside Lane. It was an incredible piece of defensive play from the captain.

As the game opened up, Cyprus midfielder Grigoris Kastanos smashed an effort inches past the upright. Lafferty had a shot blocked, while Peacock-Farrell saved well at the feet of Cyprus substitute Marinos Tzionis.

On 63 minutes Ian Baraclough made a triple substitution with Conor McMenamin and Brodie Spencer coming on to make their senior debuts. Liam Donnelly also entered the fray as Lane, Shea Charles and Whyte exited the pitch.

McMenamin fired in a low cross which was gathered by Michael at the front post and minutes later he curled a shot over the bar.

Substitute Shayne Lavery almost made an immediate impact after coming on in the 77th minute. He cut inside a couple of defenders and screwed a shot inches past the post.

Cyprus had a great opportunity to score on 81 minutes. The ball dropped to Pavlos Korrea six yards out but he dragged his shot wide.

Then Northern Ireland missed a glorious chance, perhaps the best chance of the match. McMenamin fizzed a ball into the box and fellow substitute Ali McCann pushed it wide from two yards out.

McMenamin, looking lively down the left, delivered a couple of decent crosses in quick succession but there was no-one there to apply the finishing touch. And then he fired a shot just wide from an angle.

It was not to be for Northern Ireland as the game petered out.

Next up for Baraclough’s boys is an away trip to Kosovo on Thursday before they return home to face the Cypriots at the National Football Stadium at Windsor Park next Sunday in the final instalment of this month’s Nations League quadruple header.