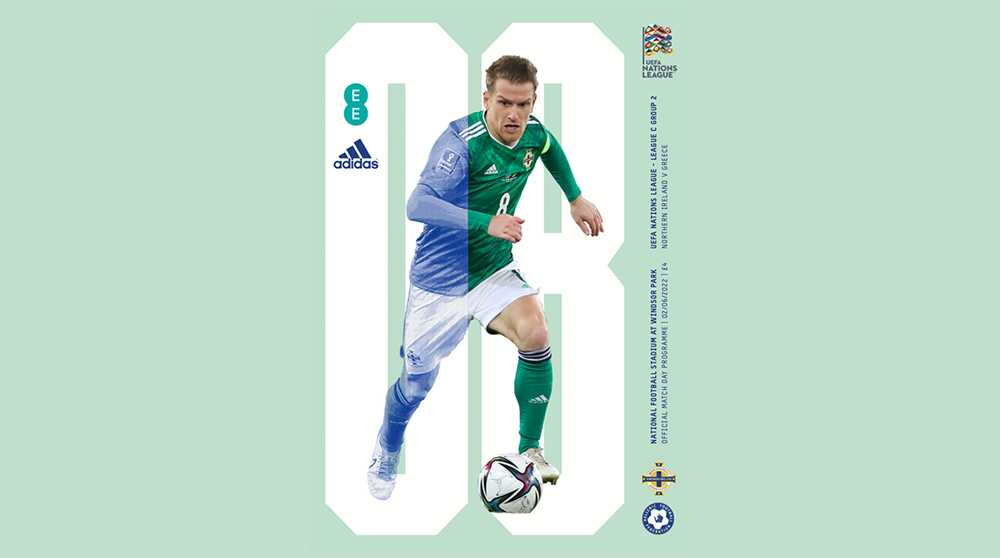 The Irish Football Association has produced a digital version of the matchday programme for tonight’s UEFA Nations League match between Northern Ireland and Greece.

In the e-publication Northern Ireland manager Ian Baraclough reveals: “I am delighted to say the squad is in good shape ahead of what will be a tough schedule of fixtures over the next 11 days.

“We don’t exactly have a great track record in the UEFA Nations League, however both the players and coaching staff believe we can put that right when we compete in the third edition of the competition.

“We’ve got a good mixture of youth and experience in the squad, with several exciting prospects who I am confident will show they are ready to take their game up a level on the international stage.”

The digital publication also contains interviews with Northern Ireland captain Steven Davis, who reflects on the last time he faced Greece, and striker Dion Charles, who is keen to make his first start for his country during this international window.

The digital programme further includes an in-depth look at the opposition plus much, much more. It is available by clicking here.

The print version of the programme will be on sale at the game, priced at £4 (cash only).