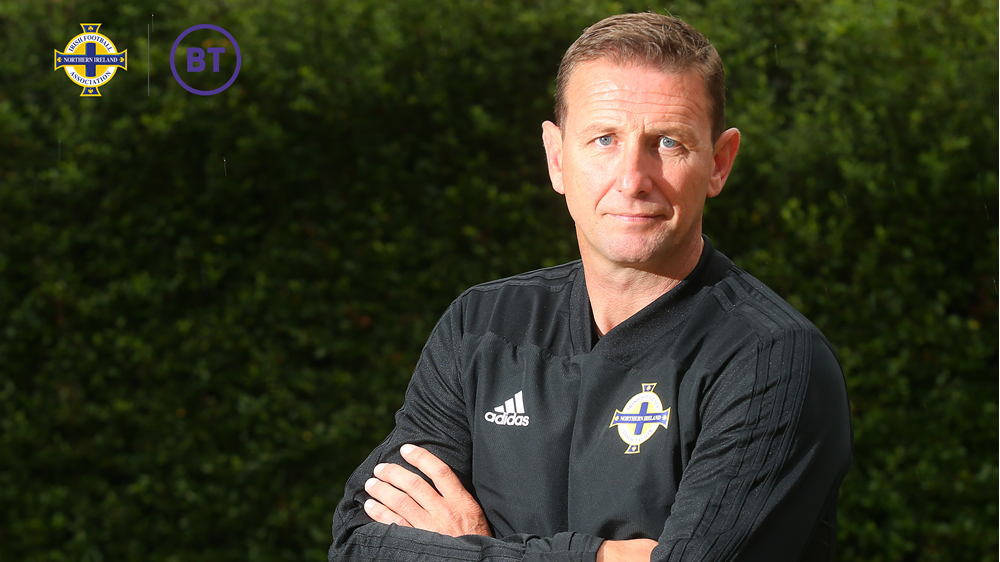 New Northern Ireland senior men’s team manager Ian Baraclough has spoken of his admiration for the Green and White Army.

Baraclough, 49, was appointed as Michael O’Neill’s successor on Saturday and in his first interview since taking up the role he said he and the team will be working towards giving the famous GAWA another more experiences of major tournament football.

“I’ve been fortunate enough to be at the National Football Stadium at Windsor Park when it’s been a packed house and a big game under the lights,” he said.  “There’s no better atmosphere. You’ll hear many people around their countries saying ‘our supporters are the best’ but, listen, the Northern Irish supporters are the best in my eyes.

“Having seen them travel at the Euros. I was watching on TV, I wasn’t with the Association then. The fans, how they stay behind in the stadium just to keep singing and that was in defeat, so after the Ukraine game, I can’t imagine what it was like.

“We want times like that again. We want to give the Green and White Army those days again. It won’t be for the want of trying and I think they know they’ve got a team not only on the pitch but off the pitch as well that’s trying to drive that forward.”