But what he did not realise is that most of them are also what are now termed essential workers – working in the front line in the battle against the deadly virus.

However, futsal team boss Gibson believes other essential workers who are part of his squad also deserve recognition.

He pointed out: “While the players all continue their off court work, setting up gyms at home and practising their ball skills, more importantly they are taking on coronavirus in their day jobs. Last week we celebrated the NHS heroes of the team, however we also want to remember those who are still working to keep our food, transport and even pets going.

“These players make me proud when they represent our wee country so well on the international stage. The way they have conducted themselves in this crisis, putting themselves at risk and working hard for others, doesn’t surprise me at all.

“Their character on and off court shows them working hard for each other and prepared to slay giants. Hopefully their hard work will be rewarded and when all this is over we can get back to slaying giants on the court only.”

Among those providing essential services are tough tackling defender Megan Weatherall (Cliftonville Ladies), who is driving buses for Translink out of their Lurgan depot, and Shannon Dunne, Derry City Women captain, who is working full-time for Tesco in Derry-Londonderry. 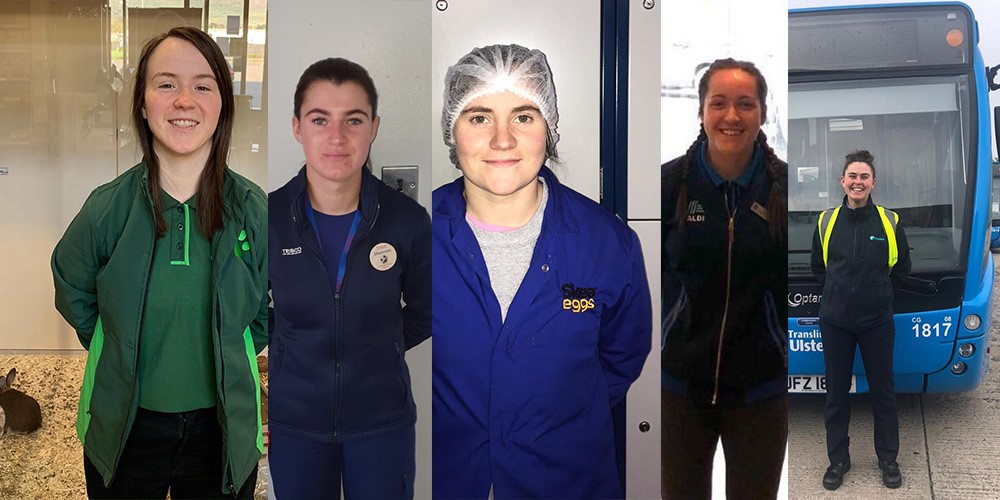 Glentoran Women defender Sam Kelly, who has also featured in the Northern Ireland senior women’s football team squad, has put her university studies on hold for now - she is part of the Irish FA/UU Women’s Football Academy - to work in the Skea Eggs factory in her home county of Tyrone.

Beth McKay, who plays for Northern Ireland and Spartans FC in Edinburgh, is currently working extra shifts at Aldi in Edinburgh, while Siobhan Bell, captain of St James’ Swifts Ladies, works in Pets at Home on Belfast’s Boucher Road and is helping to keep people’s pets fed and healthy.

And instead of looking forward to European qualifiers in Lithuania in early May - against Serbia, Lithuania and Slovakia – her international team-mate Erin Hennity is facing the bigger challenge of tackling the virus. The Comber Rec Ladies defender works in the Ulster Hospital, Dundonald.

Hannah Firth, who operates in midfield for Ballymena United All Stars as well as on the futsal court, is on the front line at the Royal Hospitals in Belfast, while midfielder Louise McFrederick (Linfield Ladies) is providing essential services.