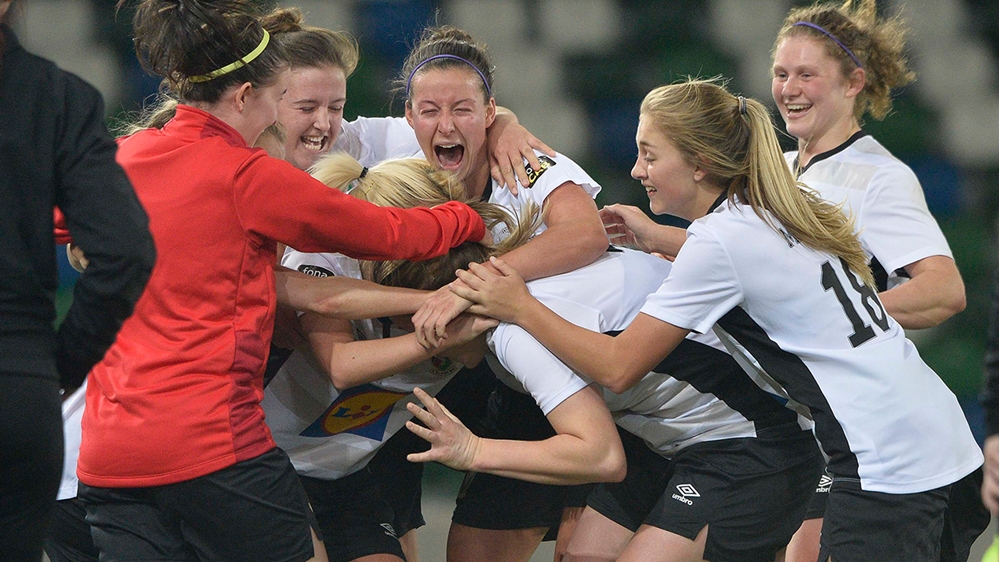 Glentoran Women's Captain Jessica Foy never had any doubts that her side could come back to lift the Electric Ireland Women's Challenge Cup.

After going 1-0 behind thanks to a Megan Bell strike, a Makyla Mulholland double in the final few minutes turned the cup final on its head to give Glentoran the win.

Foy had belief her team could turn it around, she said: "We always went into it with belief we could win it.

"We never stopped believing and the determination paid off with the two late goals. Not for one minute I didn't doubt we could come back. It's a credit to the team and glad to get the reward for the hard work.

"I can't describe the feeling of lifting the Irish Cup, we've been working hard and it's been a team game."

To see the highlights and hear more from Jessica Foy, watch the video above.