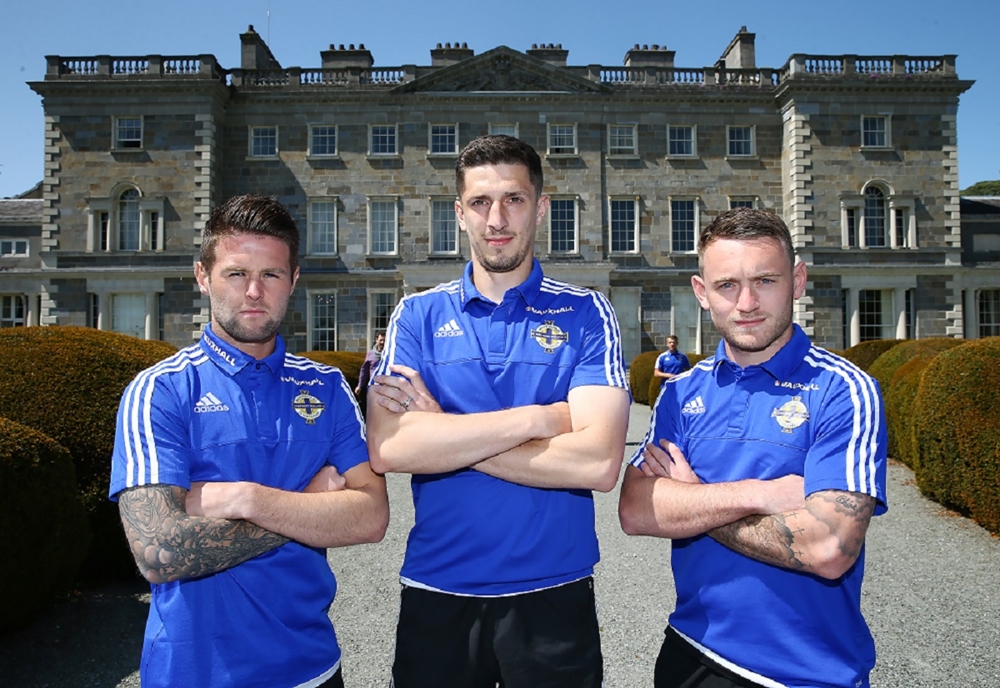 On the surface Friday night's game against Belarus at the National Football Stadium at Windsor Park (kick-off 7:45pm) should be a fairly relaxed, straightforward affair.

After all, it'll be the last chance for the majority of the Green And White Army to bid farewell to their heroes ahead of the European Championships next month.

It'll be a night of celebration and a night to laud the group of players that have secured a place in the finals of a major tournament for the first time in a generation, an excuse for a bit of a party and to loosen the vocal chords ahead of the trip to France.

But for Michael O'Neill and his 28-man panel the game does come with serious intent.

With the squad for France being announced at lunchtime on Saturday it presents the boss with one final opportunity to run his eye over his players before facing the unenviable task of breaking the news to five of them that their hopes of making the cut have been dashed.

"You have to deliver bad news as a manager, so it's part of the process," he said during the week.

"I have to look at the balance of the squad and pick the 23. I expect players to be disappointed but, for the players who are left out, it is a moment in time. It doesn't mean they won't go on to have good international careers."

There's also the not insignificant matter of momentum to consider.

Obviously, with the game being a friendly, there are no points at stake but with form and confidence playing such an important role in the modern game keeping things going as they have been on Friday and again next week in Slovakia could have such a huge effect on the players confidence.

And this is something O'Neill readily acknowledges: "We are on a good run at the minute and we want to continue that run.

"It is important that we approach the match in the same way as we have approached all our other games since qualification.

"In those we are unbeaten. We have won two and drawn one. We have only conceded one goal and that was from a penalty. Those are little things that build confidence and momentum going into a tournament."

This will be Northern Ireland's first meeting with Belarus at full international level. The visitors go into the game on the back of a five match unbeaten run, although the last three games have ended scoreless.

Indeed, their most recent defeat was back in September last year when they lost 3-1 to one of Northern Ireland's Euro opponents, Ukraine, in Lviv.