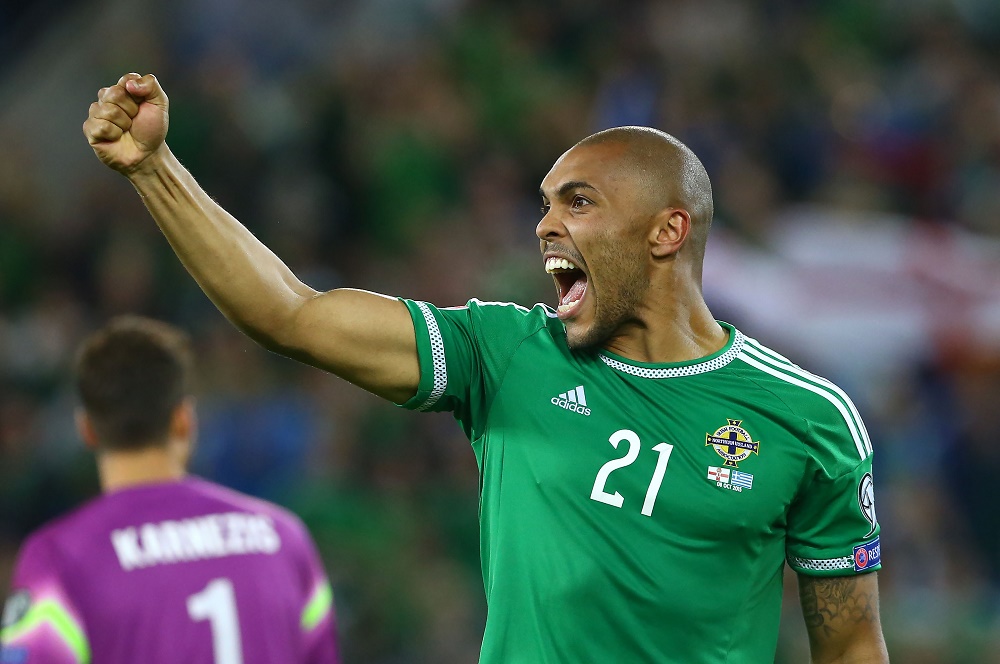 Striker Josh Magennis was amongst the scorers as Kilmarnock kept alive their hopes of staying in the Scottish Premiership with a 4-0 drubbing of Hamilton Academicals at the weekend.

Magennis, who struck Killie’s fourth and his 12th of the campaign in the 77th minute, revealed the team was focused on the contest right from kick-off after the players had received some harsh words from veteran striker Kris Boyd on the team bus to New Douglas Park.

“From quarter to 12, when we met up, to quarter to five, we had to be right at it,” admitted Magennis, “We needed a few rockets up the backsides and Boydy’s more than capable of delivering them.

Kilmarnock’s victory means they are safe from automatic relegation but remain in the relegation play-off spot four points behind Hamilton with three matches left to play.

“It’s just so important that we have everyone at this club - players, management, staff, fans - pulling in the same direction so we can stay in this league.

“Even though I have one eye on France, the most important thing is Kilmarnock getting safe. That would be an absolute joy.”

Aberdeen’s Niall McGinn also found the net at the weekend as Aberdeen secured runners-up spot in the Premiership with an emphatic 4-1 victory over Motherwell at Pittodrie.

Meanwhile in England, Will Grigg will be playing his football in the Championship next season after Wigan Athletic secured promotion from League One with a 4-0 success at struggling Blackpool.

The prolific Grigg was naturally on the scoresheet again with his 27th of the season and his 13th in as many appearances for the Latics.

Also in League One, Millwall winger Shane Ferguson returned from injury to score his first goal for the club since November as they defeated Oldham Athletic 3-0 at the New Den.

Elsewhere in the Division, former Northern Ireland under-21 midfielder Matthew Lund hit a second-half equaliser for Rochdale in their 2-2 home draw with Swindon Town.

In the National League midfielder Jamie McQuilkin ended his season with already relegated Kidderminster Harriers by scoring in the 4-3 victory at Southport to record his sixth goal of the campaign.

Finally Roy Carroll started his first game for Notts County since 27th February and kept a clean sheet in the process as they defeated Warren Feeney’s Newport County 1-0 in League Two.