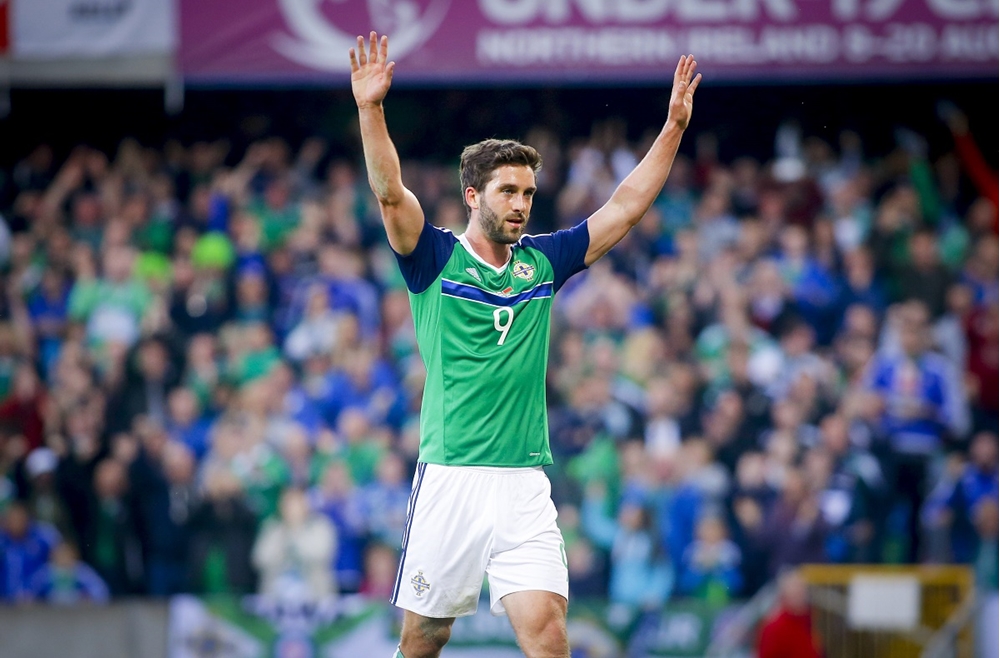 Goals from Kyle Lafferty, Conor Washington and Will Grigg saw Northern Ireland sweep to a comfortable and convincing three-goal victory over Belarus in the National Football Stadium at Windsor Park.

Lafferty and Washington struck in the first half before substitute Grigg completed the scoring towards the end of the game as Michael O'Neill's side extended their unbeaten run to a record breaking 11 games.

It gave the capacity home crowd the chance to give their heroes a perfect and fitting send-off ahead of next month's European Championships.

It took Lafferty only six minutes to kick things off after defender Mikita Korzun failed to deal with a Stuart Dallas cross from the right and there was the big Kesh man on hand to poke home the opening goal from close range.

Washington added a second barely a minute from the break. Once again Dallas floated over the telling ball which visiting 'keeper Andrei Gorbunov could only punch as far as the Queens' Park Rangers striker who duly nodded home his second goal in three international outings.

Indeed, the half-time lead could have been even more pronounced had efforts from Chris Baird and Lafferty again found the net.

Baird was thwarted when his back post volley was blocked by Maksim Valadzko while Siarhei Kisliak got between the net and Lafferty's rasping drive.

Oliver Norwood proved a danger with his set pieces, causing panic in the visiting defence early in the second half while, just after the hour, Grigg just failed to get a strong enough touch to another delivery.

But, three minutes from time, Grigg proved he really was on fire by rifling home the third after Gorbunov could only palm a Niall McGinn right-sided cross into his path. 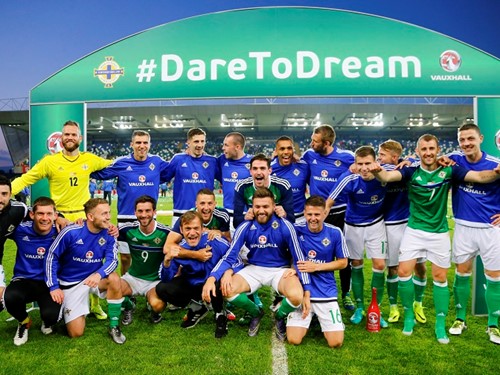 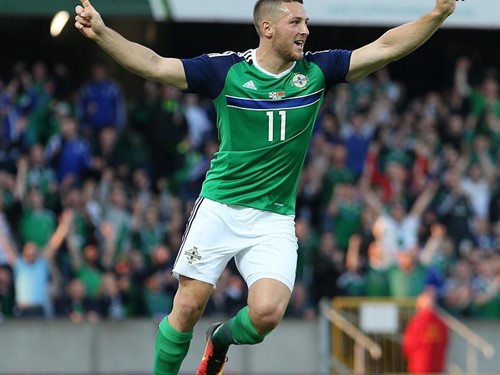 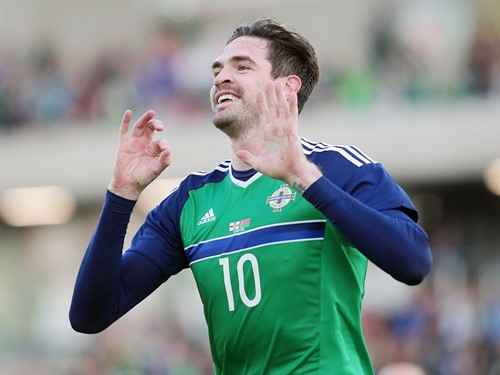