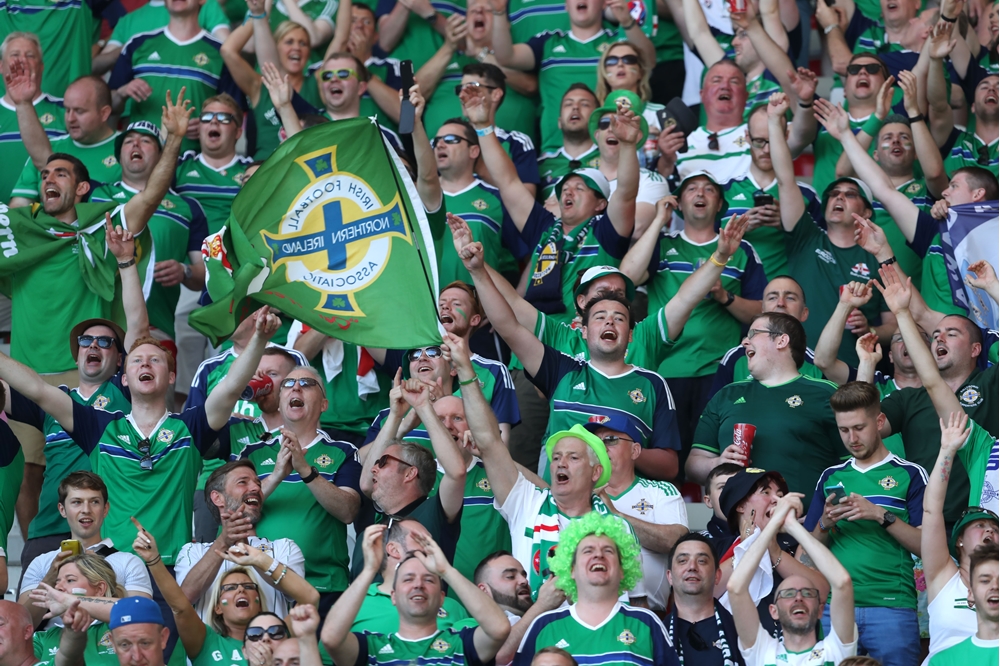 Northern Ireland fans are set to receive a major award from the Mayor of Paris tonight (7th July).

Madame Anne Hidalgo will present the fans with the Medal of the City of Paris as a mark of gratitude for their exemplary behaviour in the city during Euro 2016.

Representatives from the Amalgamation of Official Northern Ireland Supporters’ Clubs and the Irish Football Association are set to receive the medal on behalf of the supporters prior to tonight’s European Championships semi-final between France and Germany.

Irish Football Association Chief Executive Patrick Nelson, who will be attending the presentation ceremony, said: “This award for our fans is thoroughly deserved. The Green and White Army have, of course, provided remarkable support for the Northern Ireland team home and away for many years, but they were exceptional in France.

“Their amazing backing for our players, their good humour, their relentless singing and their positive interaction with the French people and with fans from other countries at Euro 2016 were rightly applauded by other fans and players from within Europe and around the world.

“I am delighted their exemplary sportsmanship, which showed Northern Ireland in a very positive light, has been recognised in this way by the Mayor of Paris.”

The Irish FA Chief Executive will be joined at the ceremony by Jim Spratt of AONISC, who will receive the medal on behalf of all fans, and Irish FA President David Martin.

In a letter to Northern Ireland First Minister Arlene Foster, Madame Hidalgo said: “From the beginning of the Euro 2016 football tournament, in all the cities concerned in France and particularly in Paris, your supporters displayed exemplary behaviour. All Parisians, French people and all our foreign visitors who came to attend matches or simply to visit our city were charmed and impressed by their kindness, their chants and their good humour.

“While the practice of international football is, unfortunately, sometimes marred by rudeness, excesses or even violence, Northern Ireland supporters showed us all, to our great benefit, what supporting a country and a sport truly means.

“I commend our Green and White Army for their outstanding behaviour throughout the team’s time in the tournament and for the consideration and kindness shown to their hosts. Their sense of fun, spirit, banter and chanting won admiration, respect and friendship and showcased Northern Ireland once again at its very best."

“I am delighted Mayor Hidalgo has chosen to recognise the Northern fans with this prestigious award.”