In their first competitive outing since qualifying for the World Cup - at the European Championships in Finland in 2019 - they finished third overall in the tournament, which was staged at the Ards Blair Mayne Wellbeing and Leisure Complex in Newtownards.

Michael Hilland’s team kicked off the tournament with a round robin game against Scotland.

A strong start from the Scots coupled with a few errors in the home defence saw Scotland lead the hosts 2-0 at half-time.

Northern Ireland started the second half brightly, quickly pulling a goal back through Patrick Cumiskey, who finished off a well worked set piece.

Despite applying good pressure throughout the remainder of the game Northern Ireland were unable to find the all-important equaliser and it ended 2-1 to the Scots.

Next up were the reigning European champions England, who had seen off the Republic 4-0 in their first game of the event.

As expected the strong English side applied heavy attacking pressure from the off, but to a man Northern Ireland defended exceptionally well. 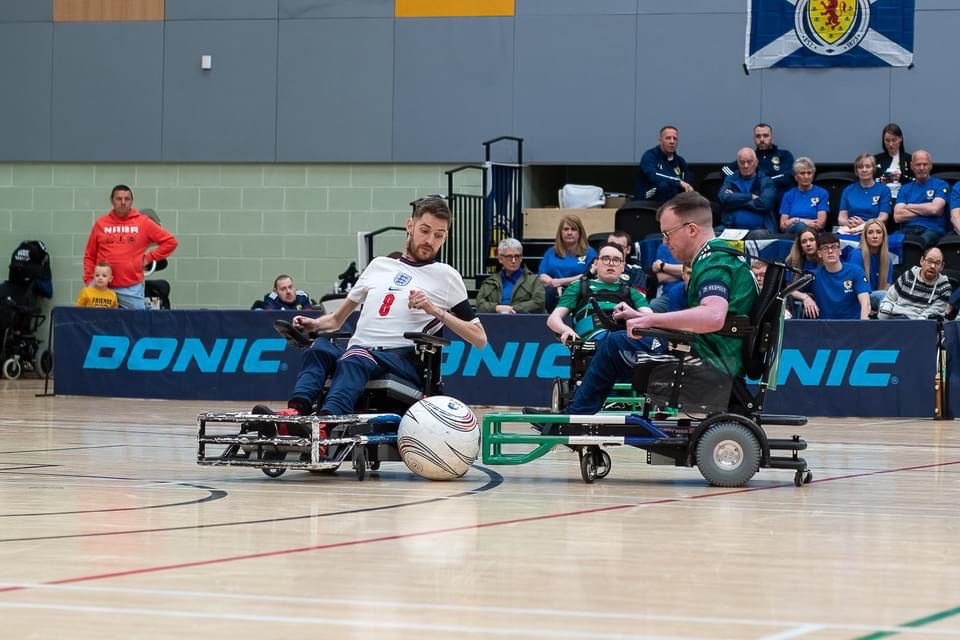 Wingers Jason Browning and Cumiskey worked tirelessly out of possession to limit space for the English attack, while captain Scott Hilland in tandem with goalkeeper Sean McKinney made a number of great blocks to keep England at bay.

As the first half drew to a close Cumiskey pounced on a lax pass in the England defence to put Northern Ireland in front, sparking euphoria among the sizeable home support. Northern Ireland became only the second team after world champions France to lead England at the interval since 2017.

An unfortunate deflection gave England an equaliser at the start of the second half with another two goals coming near the end of the game to give them a 3-1 win.

Northern Ireland were, however, proud of their display, especially considering how they were beaten comprehensively the last time the two sides met.

The hosts’ last group game was against the Republic and there was a lively start to the game with both teams having chances to break the deadlock.

The Republic were able to convert from a free-kick to make it 1-0 at half-time.

A buoyed-up Northern Ireland came out looking for the equaliser early in the second half. Instead they found themselves 2-0 down following a swift Irish counter attack.

But they continued to search for a way back in to the game. And it came midway through the second half as Cumiskey picked out Hilland on the edge of the box and he slammed the ball into the corner of the net.

In a similar story to their opening game they pushed hard for the equaliser but came up short as the match ended 2-1. 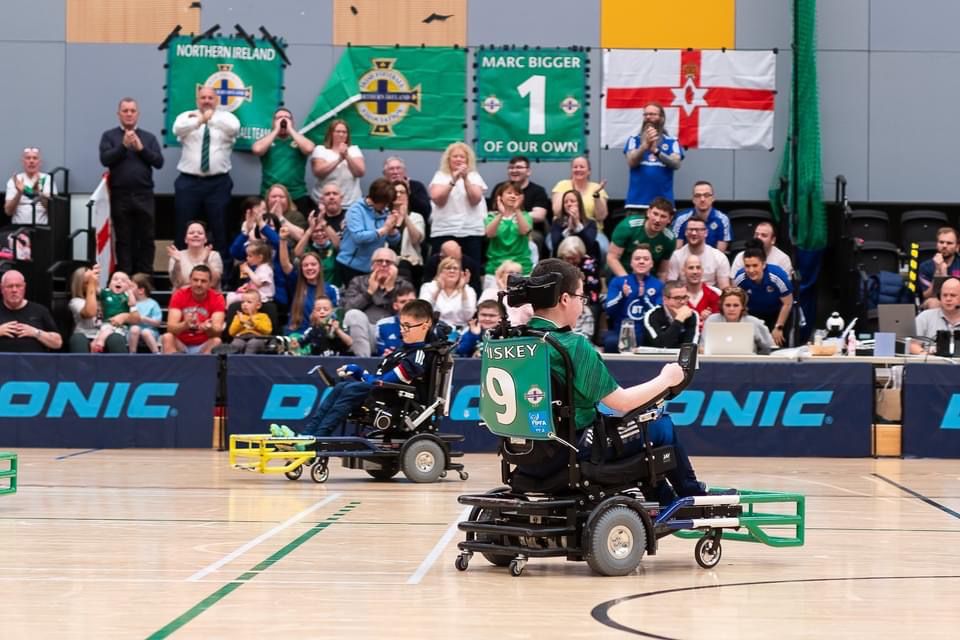 In the third/fourth place play-off Northern Ireland faced Scotland once again - with a chance at redemption following their earlier defeat in the tournament.

This time it was Northern Ireland who made the strong start, pushing the Scots back from the first whistle with an excellent passing move superbly finished off by Browning. That put the home side one up and Hilland added a second before half-time from a corner routine.

Strong defensive play from McKinney as well as substitutes Jamie Rogan and Daire Gorman saw Northern Ireland keep the clean sheet and get over the line with a 2-0 win.

Meanwhile, England claimed the trophy by defeating the Republic 5-0 in the final.

Afterwards Michael Hilland said he was pleased with the overall performance of the Northern Ireland team. The head coach was particularly full of praise for the way in which the group bounced back with strong performances following their opening game setback.

Cumiskey’s fine displays earned him a spot in the EPFA team of the tournament. 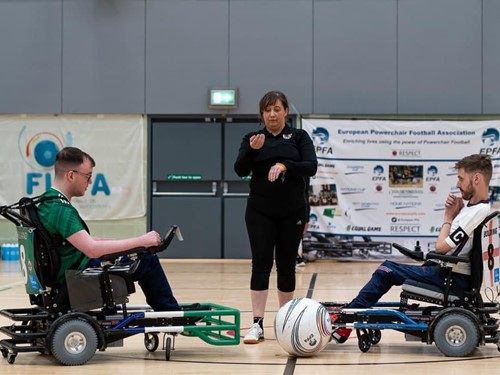 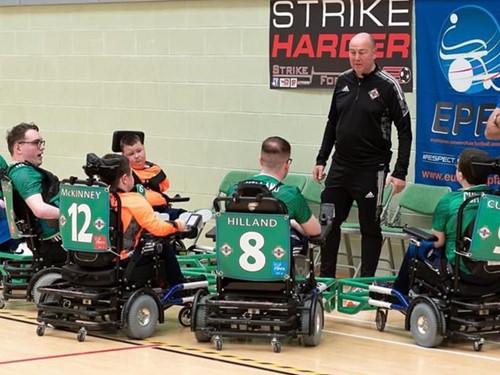 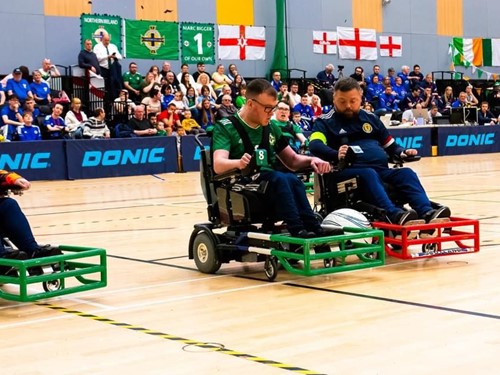 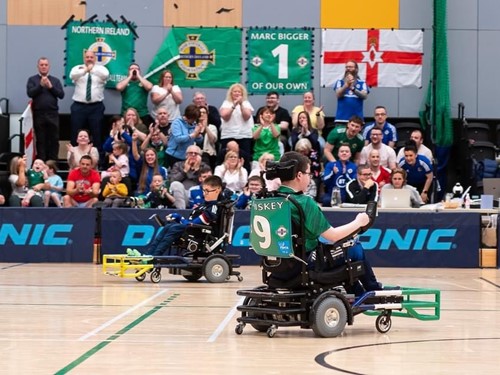 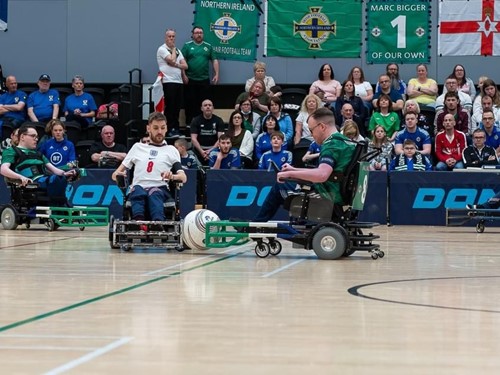 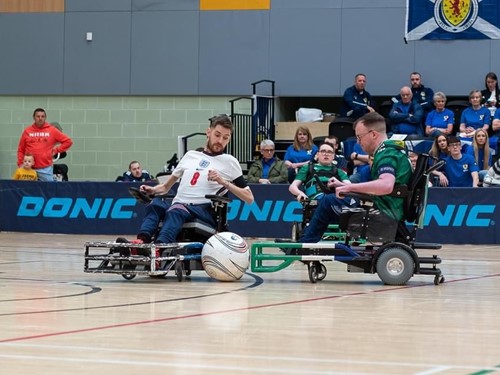