They defeated Belfast Celtic 5-3 in an absorbing NIFF Futsal Cup final staged at Shankill Leisure Centre, which was packed to the rafters for yesterday’s match.

And the NIFF Futsal Plate decider on finals day at the Belfast venue was won by Afrimeripean, who defeated Belfast Iberians 4-2.

An exquisite finish from James Willighan put Antrim ahead in the main event before Belfast Celtic grabbed an equaliser through Caolan Davis, who slotted home at the far post.

Antrim edged ahead thanks to a beautiful solo run and finish from Thomas Robinson and he extended his team’s lead when he nicked the ball on the half-way line and curled the ball into the net from just outside the Belfast Celtic box.

Celtic continued to push forward and Antrim had to defend resolutely. Celtic got their second when Jesir Camara played a one-two with a team-mate before finding the net from distance with a blaster that deflected off an Antrim defender.

Celtic forced the game into extra time late on. A mistake by the Antrim defence was capitalised upon, with Jose Gomes volleying home to bring the scores level.

At that stage Celtic were on top, however in extra time the boys from Antrim took control of the game once again, and they grabbed their fourth through John Dobbin.

The fifth and final goal came from Samuel McIlveen, who won the ball back inside his own box, raced forward and finished superbly into the bottom corner to secure the NIFF Futsal Cup for Antrim on a 5-3 scoreline.

Prior to that game the Plate final between Belfast Iberians and Afrimeripean also produced plenty of thrills and spills.

It was a very tight affair and the first goal did not arrive until the 18th minute. Afrimeripean’s Williams Almanzar stole the ball from an Iberians defender before coolly finishing past the advancing keeper.

Iberians levelled in the 26th minute through Francisco Lopez, who produced a lovely finish.

Iberians took the lead in the second half via a well worked set piece. It ended with a sliding finish from Edgar Teixeira into the roof of the net.

Afrimeripean levelled proceedings after 38 minutes through Almanzar once again and 10 minutes later they got their noses in front. They nicked the ball just inside their own half and Emilijus Grabys counter-attacked at speed before finishing strongly.

Both sides had big chances in the closing stages. Iberians hit the post, while incredible last ditch defending thwarted another big Afrimeripean opportunity.

The winner was scored in the final seconds. Arnoldas Balnanosis followed up on a save from the Iberians keeper to clip the ball home and help Afrimeripean seal a 4-2 victory and NIFF Futsal Plate glory.

And Northern Ireland men’s international futsal manager Jonathan Michael was on hand to give out the Plate medals and trophy.

Afterwards James Thompson said: “It was an incredible occasion with so many emotions. I was impressed with the four teams involved. The intensity and skill level was excellent. I am so excited to see how futsal develops next season. These finals were a fantastic advertisement for the game.” 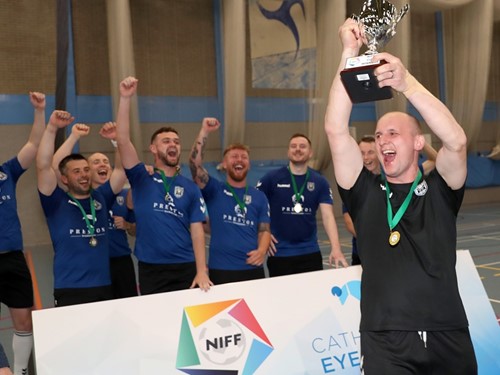 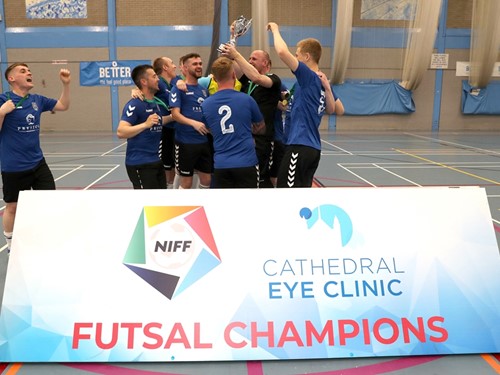 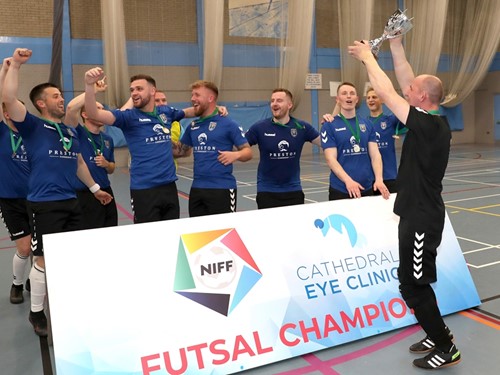 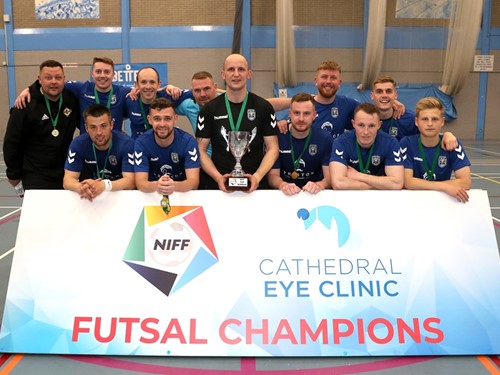 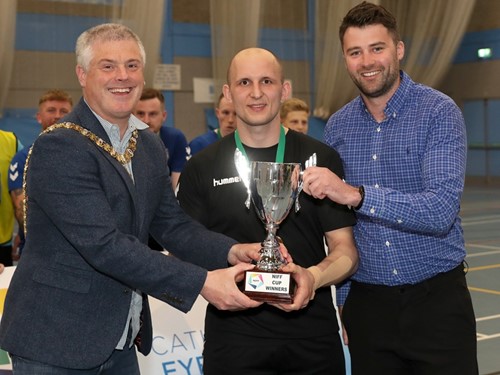 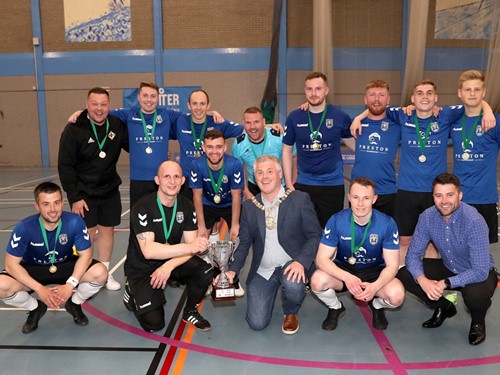 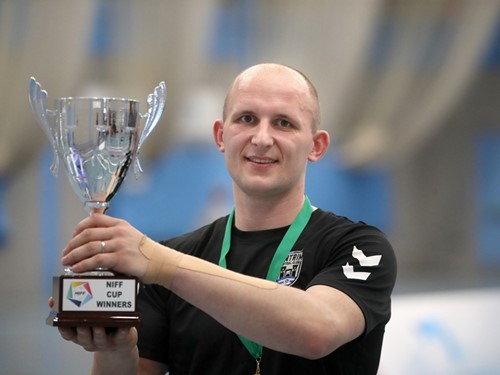 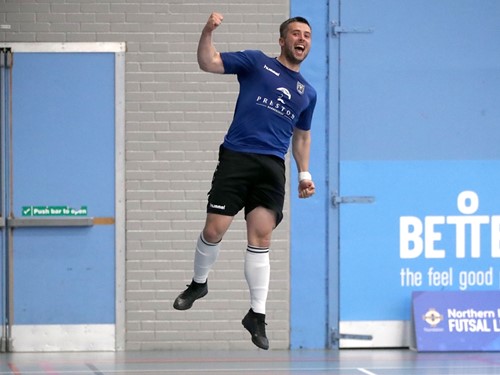 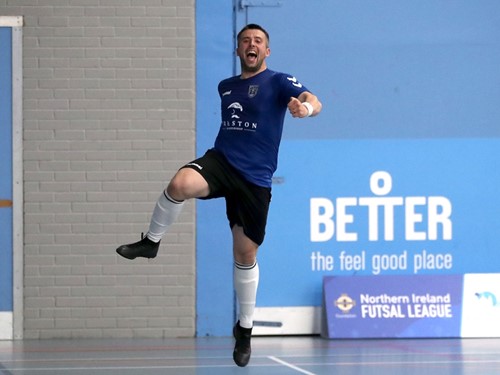 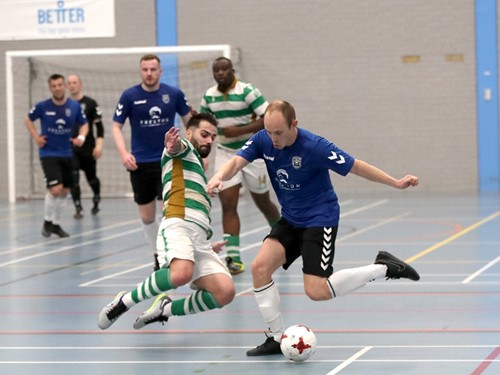 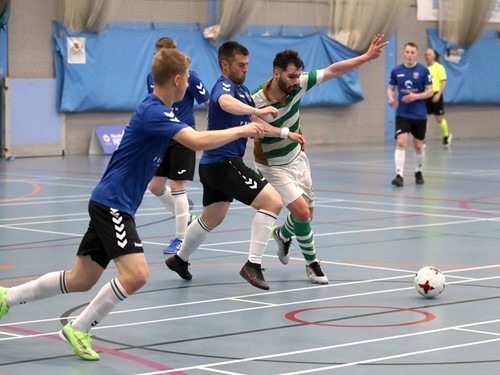 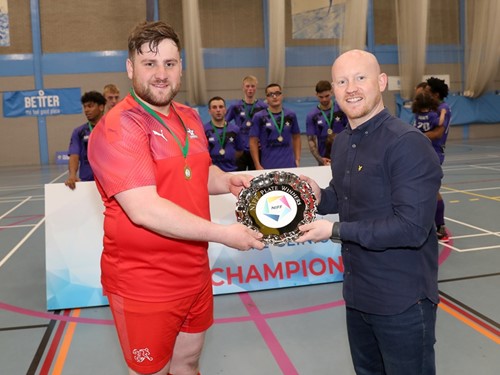 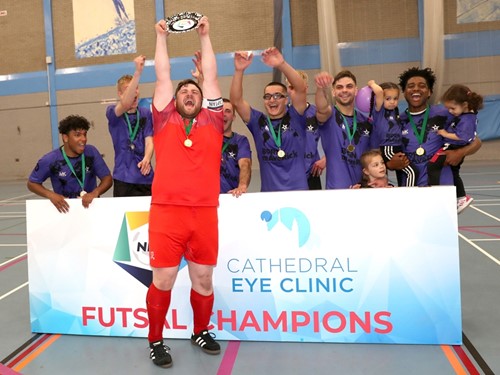 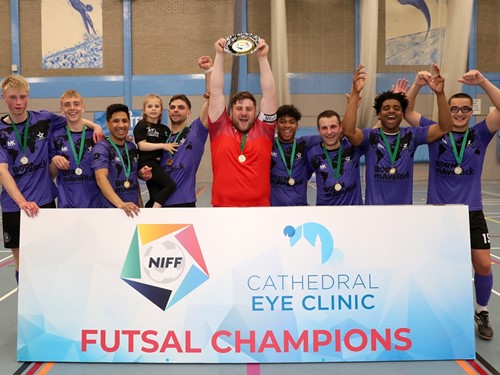 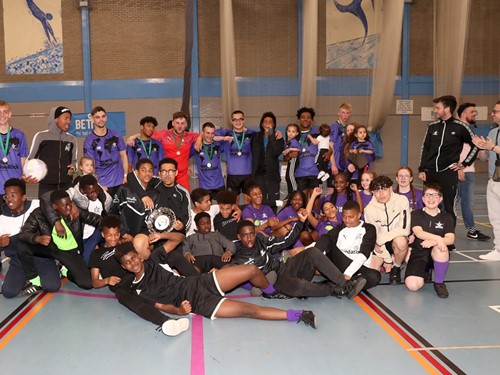