Northern Ireland defender Jonny Evans made it two goals in three games as his second half header earned Leicester City a point in a 1-1 draw against 10-man Southampton on Friday evening.

The 33-year-old equalised for the visitors in the 68th minute and Foxes boss Brendan Rodgers admitted after the contest at St Mary’s that Evans has been playing through the pain barrier in recent games.

“He’s been dealing with an issue in his plantar fascia, a ligament that connects the heel to the front of the foot,” explained Rodgers, whose side remain in third spot in the Premier League with four games to go.

“It’s like what he’s been. He’s been an incredible player for us,” added Rodgers.  “He’s consistently at the highest level and we’re very lucky to have him.” 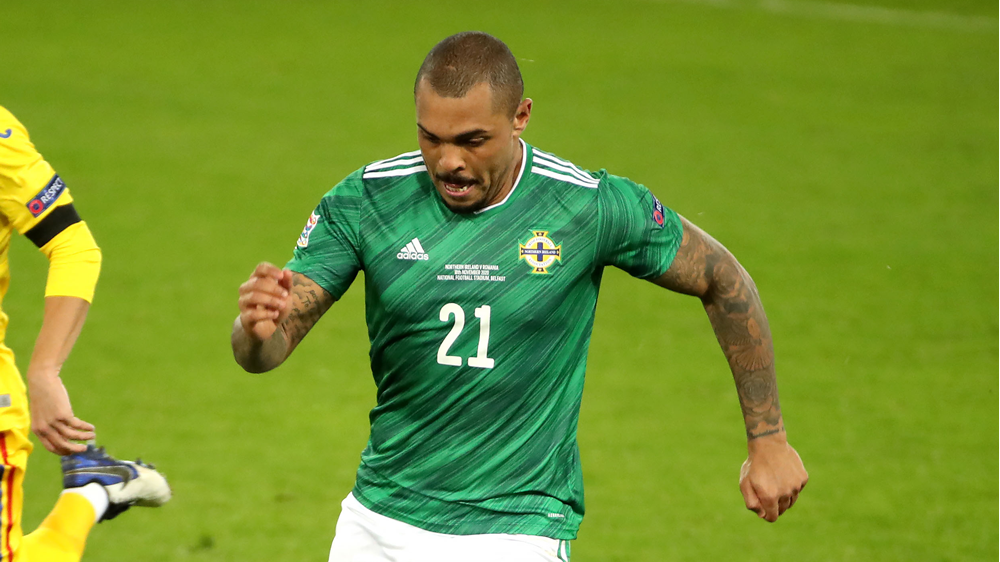 Also on the scoresheet at the weekend was Josh Magennis who took his tally for the season to 19 as Hull City clinched the League One title with a 3-1 home victory over Wigan Athletic.

It was the Tigers' first title success in 55 years with Magennis acknowledging that this season he has played the best football of his career under manager and former Northern Ireland international Grant McCann.

“He has been brilliant for me and I’ve played my best football under him,” the 30-year-old striker said. “I’ve enjoyed every minute. I’m playing with confidence and that is key.

“That has helped me more than anything and I’m playing with players who create chances for you on a weekly basis. I’ve had a great season and hopefully I can kick on here next season.”

In the Scottish Premiership Steven Davis and Rangers edged closer to going through the entire league campaign unbeaten following their 4-1 Ibrox victory over Celtic, while Kyle Lafferty returned from injury for Kilmarnock but failed to find the net as Tommy Wright’s charges fell to a 2-0 defeat at Motherwell.

In League Two Mansfield Town striker Jamie Reid popped up with a goal and an assist against Oldham Athletic who used loanee midfielder Alfie McCalmont for the last half-hour of the 4-1 defeat at Field Mill.

Elsewhere 18-year-old Sean McAllister scored just four minutes after coming off the bench to make it a memorable debut for the Everton U23 team who defeated Southampton 5-0.

The Randalstown-born midfielder has been making huge strides this season, scoring seven goals in 23 appearances for the youth side at Goodison Park.

In the FA Youth Cup Cameron Stewart was part of the Ipswich Town team that made it through to the semi-finals of the competition after a 3-2 extra-time victory over Sheffield Wednesday.

The Tractor Boys youth side will now play Conor Bradley’s Liverpool who overcame Arsenal 3-1 last Friday to book their place in the last four.