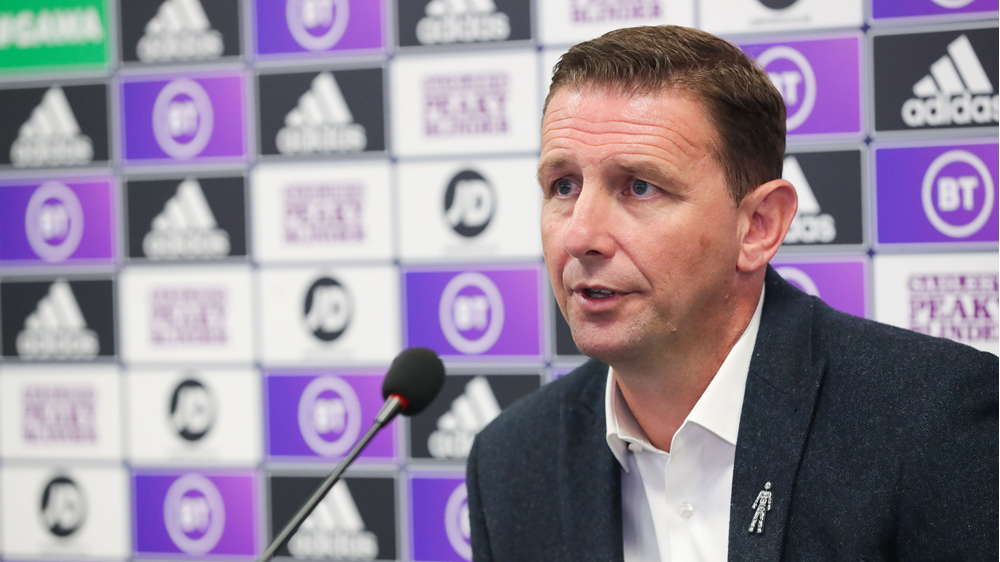 Ian Baraclough has named a 26-strong panel for the UEFA Euro 2020 Path B Play-Off Final against Slovakia in Belfast next week.

The Northern Ireland manager has made three changes from the squad which secured a coveted place in the play-off decider last month. 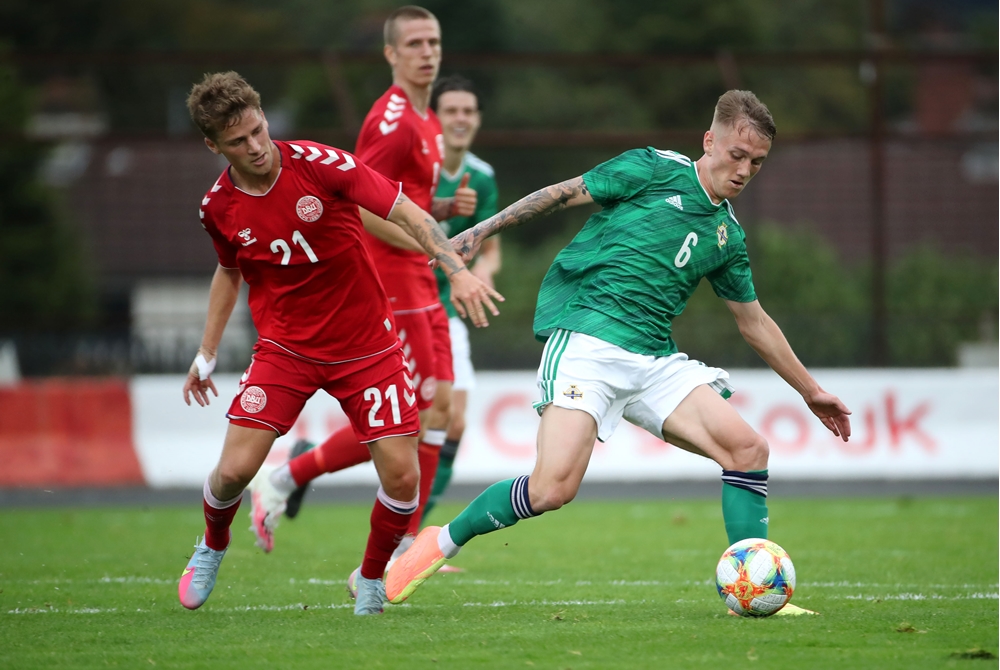 Galbraith and Kennedy have replaced Rangers winger Jordan Jones, who has been excluded from the squad after breaking Covid-19 protocols at his club, and Oxford United winger Joel Cooper.

And Hazard comes in for Motherwell stopper Trevor Carson, who was injured during a league match at the end of October and will be out of action until early next year.

St Johnstone midfielder Alistair McCann, who received his first senior call-up last month ahead of the triumphant play-off semi-final victory against Bosnia and Herzegovina in Sarajevo and UEFA Nations League matches against Austria and Norway, has retained his place in the squad.

Matthew Kennedy was injured for last month’s triple header but is now fit again. Like McCann he will be seeking his first senior start in the forthcoming triple header, which begins with the play-off final against Slovakia at the National Football Stadium at Windsor Park on 12 November followed by Nations League matches against Austria (away) on 15 November and Romania (home) on 18 November.

Galbraith, who last week signed a contract extension with Manchester United, and Hazard have both stepped up from Northern Ireland’s U21s, who secured a fine 1-0 win against Ukraine in their last outing.

Vice-captain Jonny Evans has sat out Leicester City’s last two matches with a back problem, however he is expected to report for international duty following the Foxes’ UEFA Europa League match against Braga tonight (Thursday) and their Premier League encounter with Wolves on Sunday.

If Northern Ireland defeat Slovakia in next week’s Path B final they will face Spain, Poland and Sweden in the group stages (Group E) of Euro 2020 next summer. 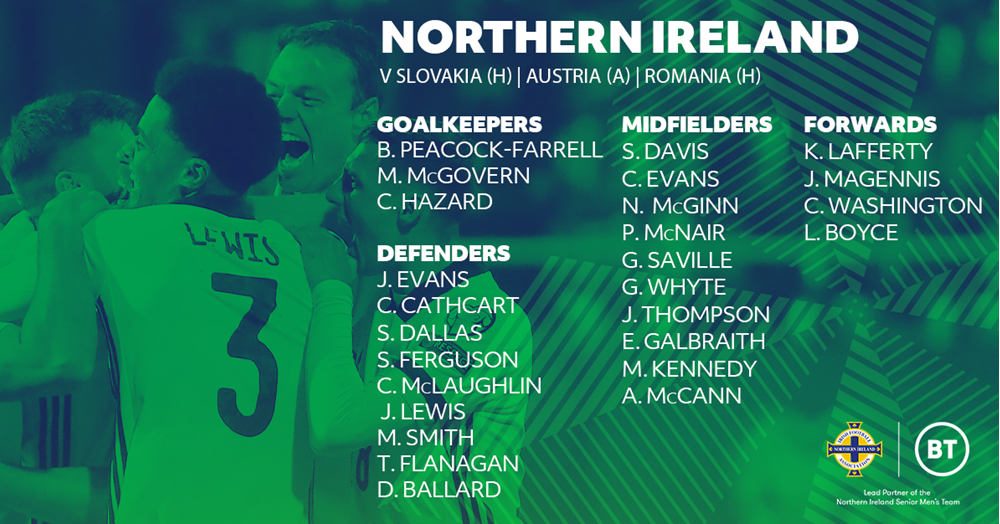