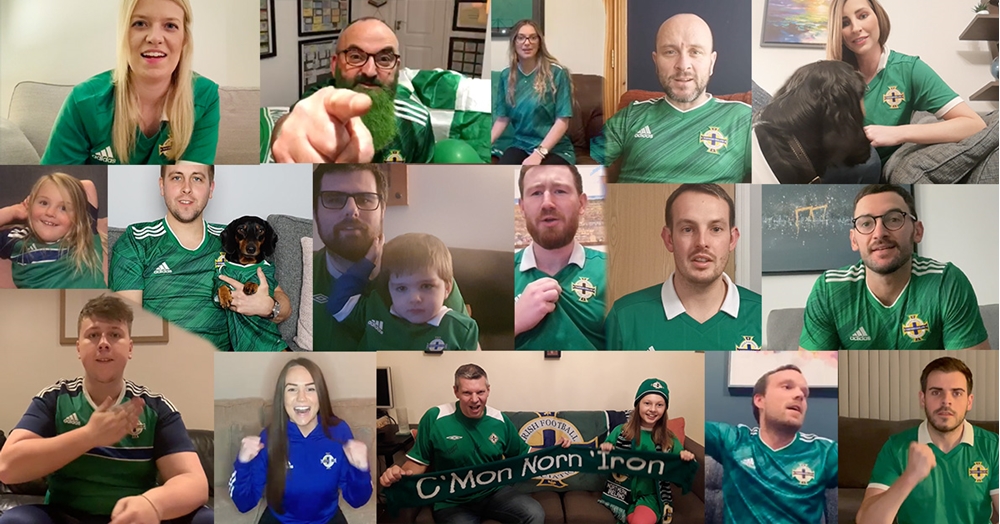 The Green and White Army have played a central role in announcing the Northern Ireland squad for our senior men’s team’s biggest game in years.

Fans young and old played their part in a unique video which names every player included in Ian Baraclough’s 26-strong playing pool for next Thursday’s crucial UEFA Euro play-off final at the National Football Stadium at Windsor Park.

Victory in the crunch game in Belfast will secure a second successive European Championship qualification for Northern Ireland.

The Covid-19 pandemic restrictions have affected all of our lives this year and the game we love has been hit as well – markedly with fan attendances severely curtailed from the rocking full house atmosphere we would normally enjoy on home turf.

But the GAWA’s support never fades so we featured a selection of fans from across Northern Ireland and beyond in today’s announcement.

Have a look at the video by clicking on the image below and see if you spot anyone you know!