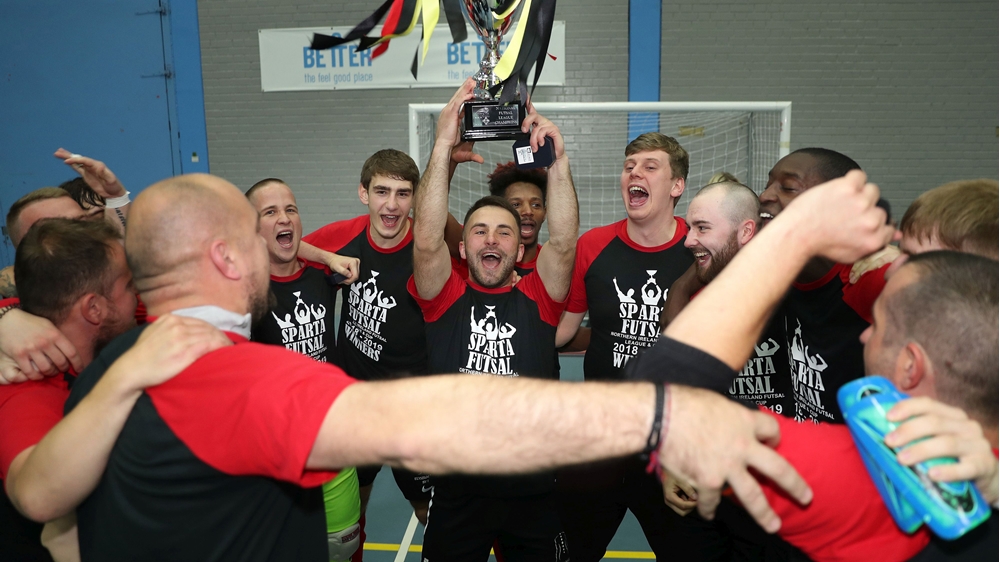 Sparta Belfast, Northern Ireland’s futsal champions, will have to overcome opposition from Austria, Germany and Luxembourg if they want to progress to the main UEFA Futsal Champions League draw this season.

Sparta have been drawn in a tough group against hosts 1FC Allstars Wiener Neustadt of Austria, German team TSV Weilimdorf Futsal and Racing Futsal Luxembourg in Group E in the preliminary round of the competition.

And if they make it through that group - only the winners progress to the main draw - they will face Italian team Pesaro, hosts IFK Uddevalla Futsal of Sweden and the winner of preliminary round Group H, which features Georgians from Georgia, Bulgarians Varna City and Maccabi Nahalat Yitzhak Tel Aviv of Israel.

A further elite round will be staged in November, with 16 clubs competing, while the UEFA Futsal Champions League finals are scheduled for the end of April next year. Four teams will progress to a knockout final tournament.

Sparta also created futsal history after becoming the first futsal side in Northern Ireland to secure the league and cup double.