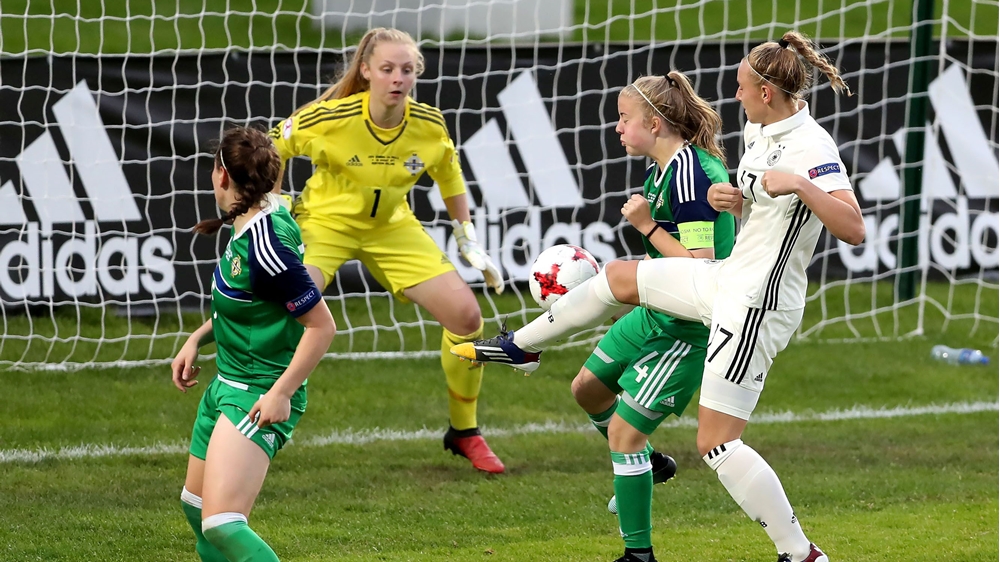 And the second match is on Thursday (29 August) at Larne FC’s Inver Park stadium, beginning at noon.

New senior women’s team boss Kenny Shiels has chosen a squad packed with experienced senior players for the Women’s Euro 2021 qualifier against Norway at Seaview on Friday, however he has insisted WU19 players will be considered for inclusion in future if they perform well at their level.

Included in the WU19 squad this time around is Linfield Ladies goalkeeper Lauren Perry, who has a handful of senior appearances under her belt, while club team-mates Kelsie Burrows and Caitlin McGuinness have previously been in and around the senior set-up.

This week’s games against Scotland will help Wylie prepare his squad for WU19 Euro 2020 qualifiers against Wales, Moldova and Norway in October.

Image: Lauren Perry is in the WU19s squad for the games against Scotland.