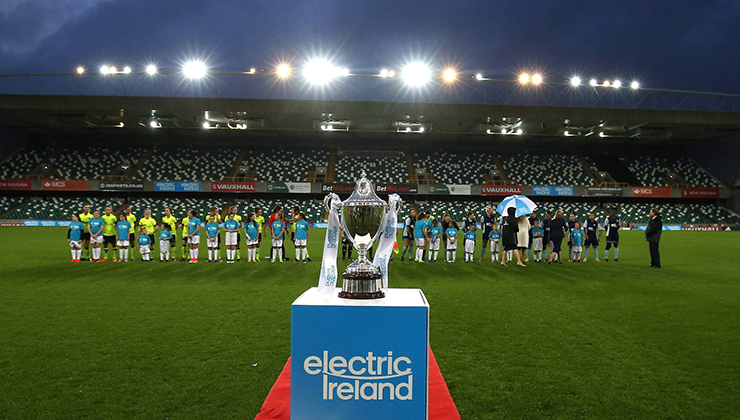 Women’s teams have until 28 February to register for this season’s Electric Ireland Women’s Irish Challenge Cup.

“The Women’s Irish Challenge Cup is the pinnacle of Women’s football in Northern Ireland.

“The 2017 Electric Ireland Women’s Irish Challenge Cup was won by Sion Swifts Ladies for the first time and it was an historic occasion for the competition as it was the first time that the Cup had been won by a team outside Belfast.

“Entries for the 2018 Cup competition are now open and we would encourage all clubs throughout the province to enter this cup - let’s see if your club can make history this year and battle for the trophy at the final in the National Football Stadium at Windsor Park in September!”