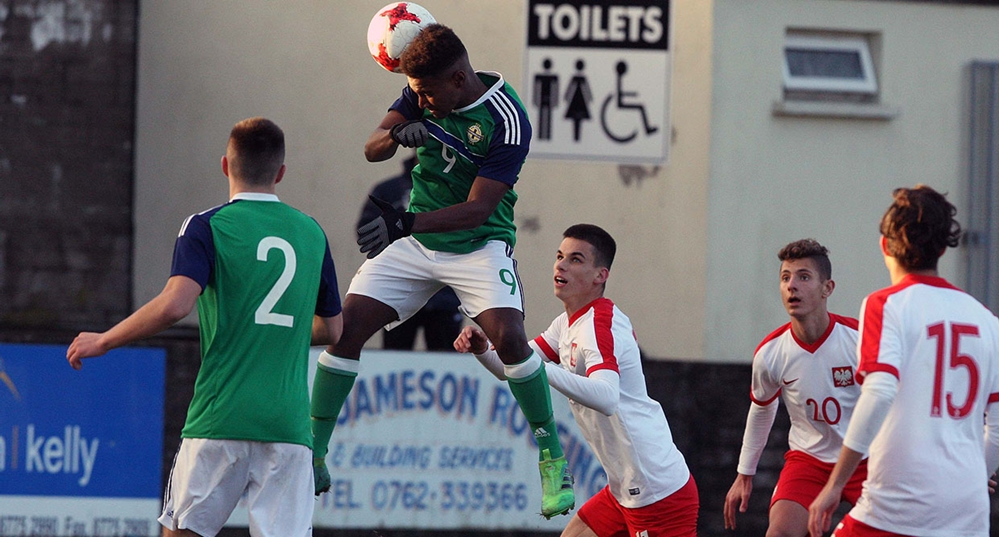 A positive year for Northern Ireland’s U16s ended on a low note as they were swept aside by a strong Poland side in the second of their two friendly games against the Poles this week.

After narrowly losing 2-0 in game one in Belfast on Tuesday, Northern Ireland were planning to give it a real go at Stangmore Park in Dungannon yesterday, with manager Darren Murphy making five changes to the starting line-up.

But the Poles had other ideas and they simply proved too strong for the boys in green as they secured a 5-0 win.

The Schoolboys’ side started brightly but fell behind when Filip Marchwinski converted from close range.

The home team could have been back on level terms when Alberto Balde was given a free header inside the Polish box but keeper Kacper Bleszczad made a fantastic save.

Poland went 2-0 up on 12 minutes with Jakub Kaminski firing a shot past David Walsh from the edge of the box.

Northern Ireland look dangerous during a series of free-kicks, with Jack Scott inches away from pulling a goal back.

Then Poland pushed forward again and Walsh was called into action to make a smart save from a long range effort by Kacper Zajqc.

Poland got their third on the stroke of half-time when the lively Marchwinski collected the ball inside the box, slipped past a defender and coolly slotted the ball into the bottom corner.

Northern Ireland brought on four substitutes at the start of the second half with McKiernan, Johnston, Gallagher and McGivern coming on for Hume, Hutchinson, Bradley and Scott.

Shortly after the restart Poland get their fourth of the game with man of the match Kaminski driving through the heart of the Northern Ireland midfield, playing a one-two and then beating Walsh with a neat finish.

Darren Murphy’s side continued to battle hard, however it was Poland who could have scored again only to be kept out by a fantastic save from Walsh.

Towards the end of the game Poland controlled possession without creating much to trouble the Northern Ireland keeper.

But they did have the final say. Daniel Dudzinski finished the scoring for the Polish team, slotting the ball into the bottom corner after latching on to a defence-splitting through ball.

You can view a gallery of images from the match below. 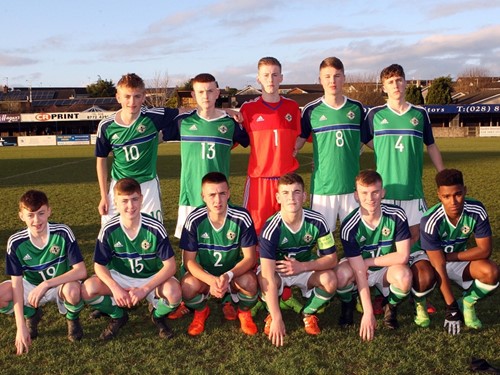 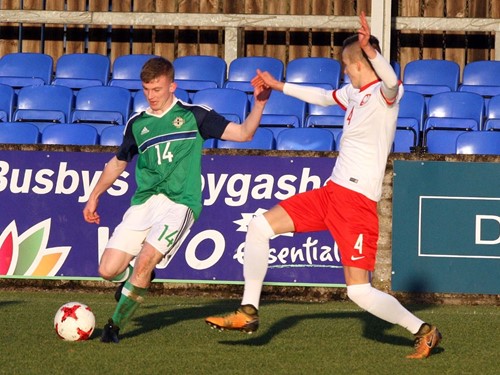 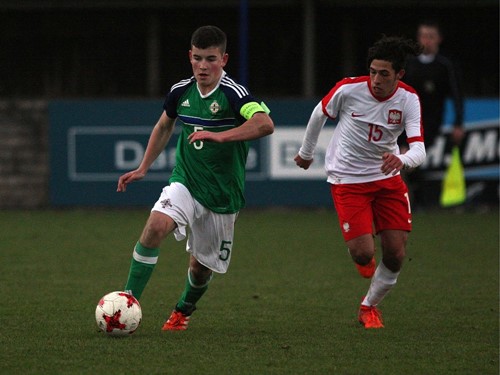 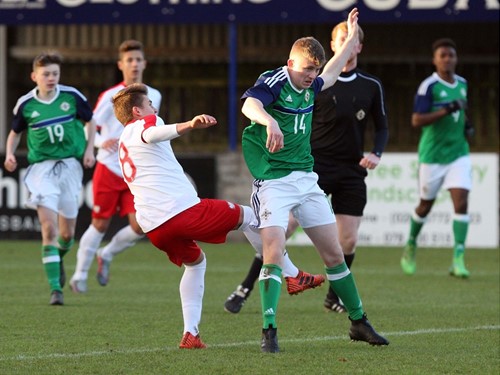 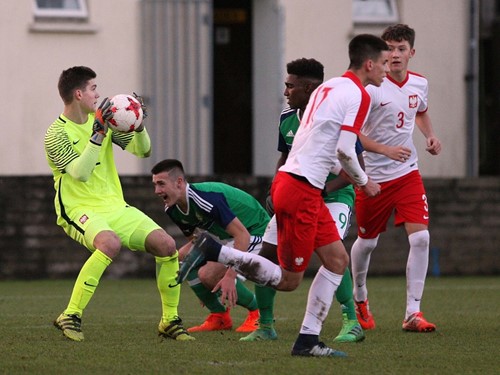 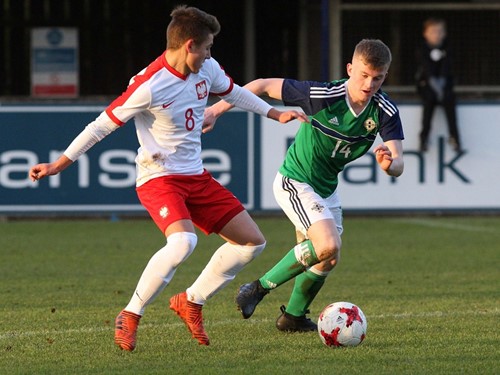 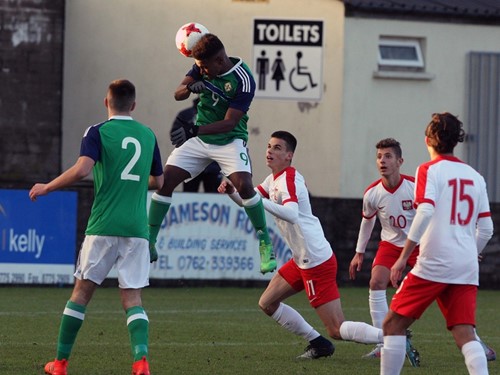 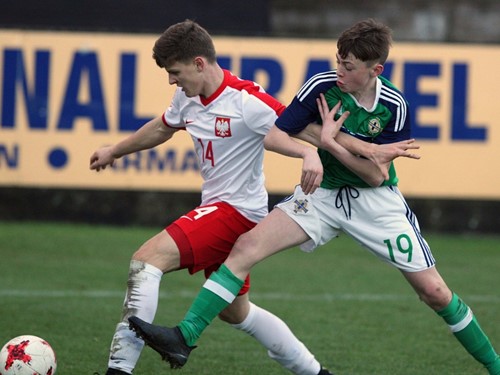 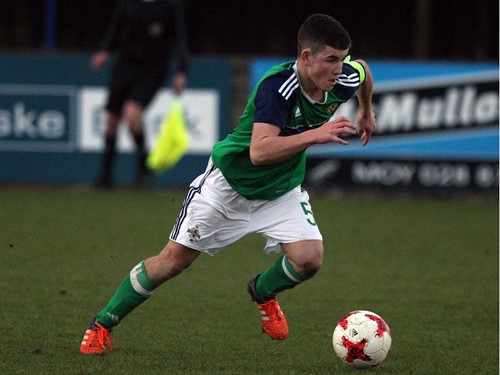 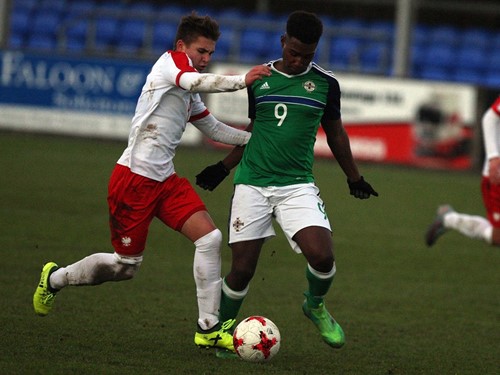 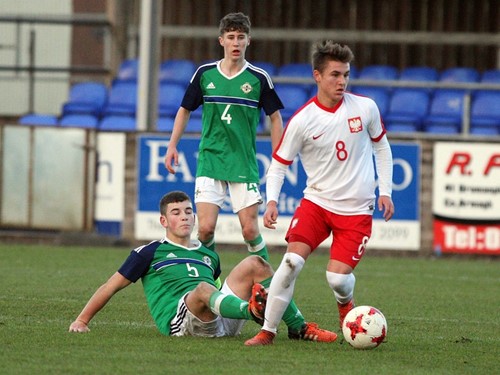