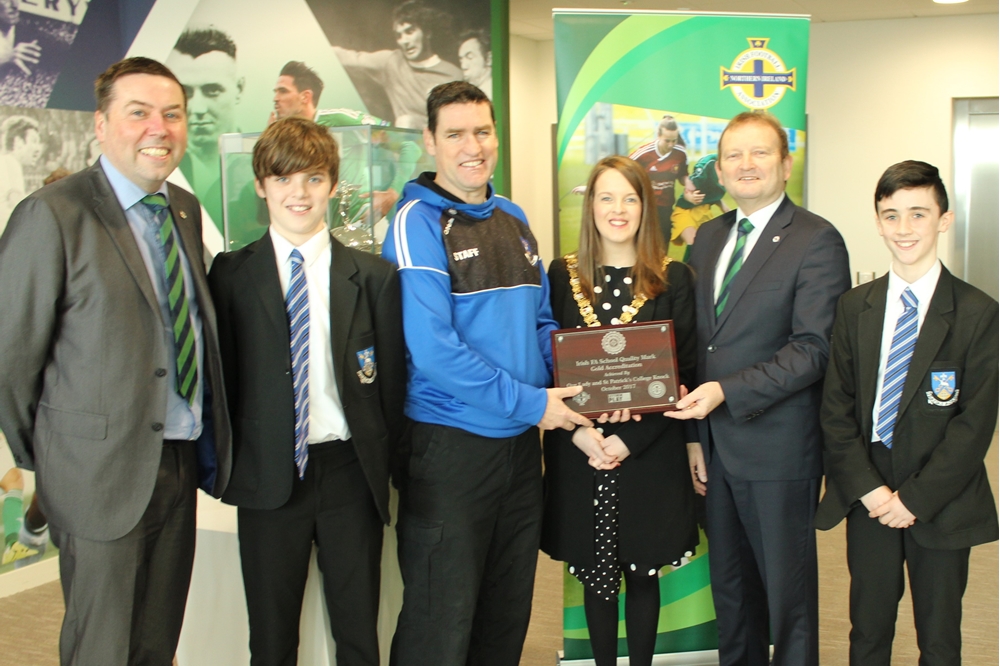 East Belfast school Our Lady and St Patrick’s Knock has become the first post primary school to be awarded the Gold School Quality Mark via a tie-up between the Irish FA and Belfast City Council.

The quality mark, a key component of the association’s Let Them Play strategy, aims to improve structures in primary and post primary schools to allow schools’ football to flourish. And gold is the highest level that can be achieved in the accreditation scheme.

Through their partnership the IFA and Belfast City Council have been working with 12 primary and six post primary schools in Belfast.

The schools receive a six-week coaching block focusing on fundamental skills and a six-hour mentoring programme to complete the accreditation.

The mentors assist teachers in how to create and sustain structures for football in school and also source documentation and club links.

Frankie Wilson, Head of PE and Sport at Our Lady and St Patrick’s, said: “It’s a fantastic achievement for the school. Boys’ football was started with the previous Head of PE, John Sullivan, and girls’ football was initiated by Dominic Kealey.

“The school has a rich history of playing in all schools’ football competitions, both boys and girls, and represented Northern Ireland in the British Isles tournament in Wales, just losing out in the final.

“The pupils are a credit to the school and show diligence and effort to attend not only after school but early morning training sessions.

“I would like to thank the principal for his continued support of school sport and also the staff who give their time and effort freely to organise and coach the teams.”