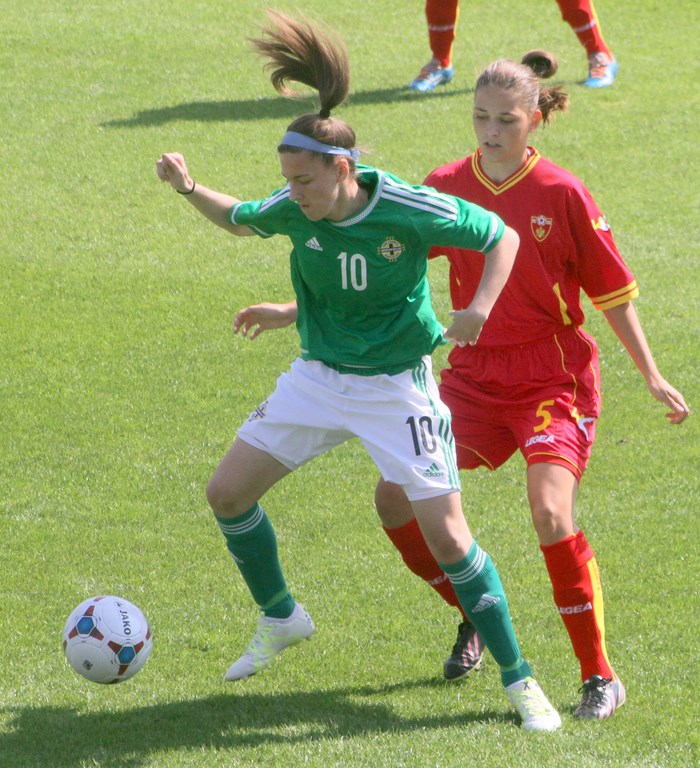 Northern Ireland started the brighter of the two sides as they continually tested Bajcetic, without opening the scoring. Chloe McGlade was the first player to test Bajcectic but her effort was well saved by the keeper, moments later and again Northern Ireland had an opportunity however Victoria Carleton hits her shot just wide of the post. For the first half Northern Ireland were clearly on top having chance after chance however they were unable to break the deadlock with Chloe McGlade having the best of the chances however the first half ended goalless.

The second half started in the same vain as the first with Northern Ireland doing most of the attacking which saw a number of attempts on goal from McCarron and Timoney which again couldn’t beat Bajcetic in the Montenegro net. One of the few saves that Burns had to do for Northern Ireland was a comfortable one after Tamara Bojat had a shot on goal.

Victoria Carleton had the best chance of the second half however her shot was just tipped over by Bajcetic. As the game was coming to a finish Northern Ireland continued to press and had a number of chances blocked and saved by Montenegro. In the dying seconds Northern Ireland had a corner and Sarah Haddock was unfortunate not to score from it.

As the referee blew full time the game finished 0-0 however Northern Ireland can consider themselves unlucky that they didn’t come away from the game with three points after dominating the game. The teams next game is against Macedonia on Thursday that kicks off at 10am (GMT).

Noel Mitchell said ‘It was a pleasing performance and we bossed the possession however we just couldn’t score, it was difficult to play against such a physical side that Montenegro are also playing in the heat that we are not used to proved difficult.’ On looking ahead Noel said that he was looking forward to Thursdays match and that the girls have learnt from today and can hopefully push on. 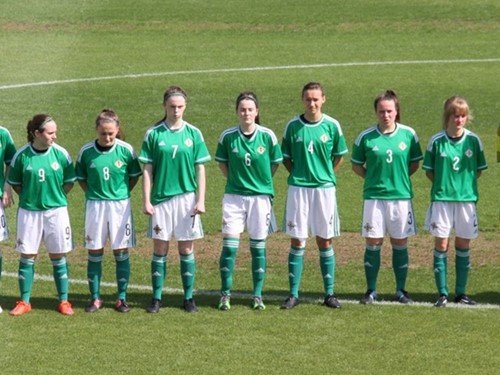 The Team line up ahead of their opening match against Montenegro