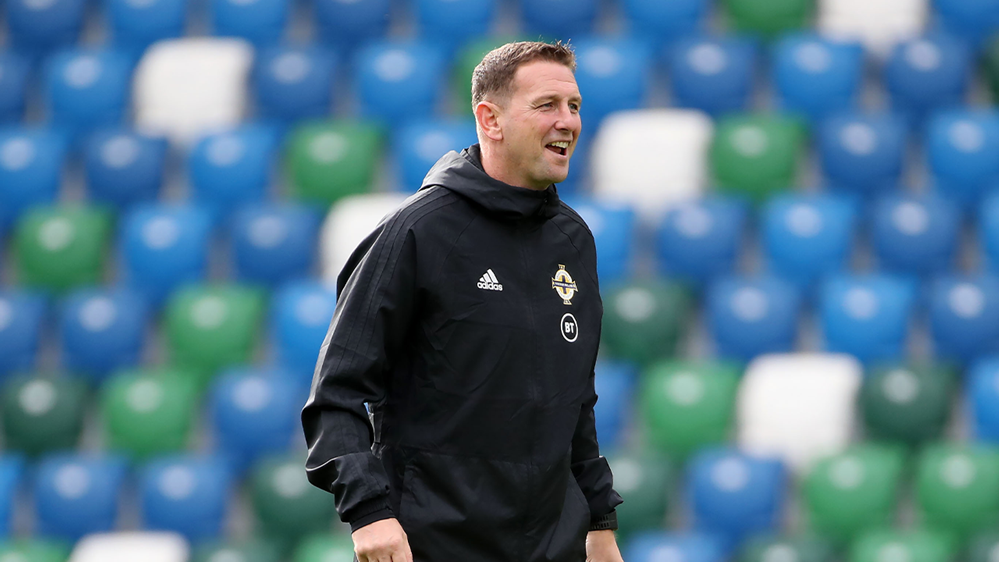 Baraclough, who initially signed an 18-month contract after taking on the role in June 2020 after Michael O’Neill stepped down, said he was delighted with the new deal.

The extension means he will take charge of the senior men’s team for the UEFA Nations League 2022-23 campaign and the qualifiers for UEFA Euro 2024 – and the contract will be extended again if Northern Ireland qualify for the 2024 European Championship finals in Germany. 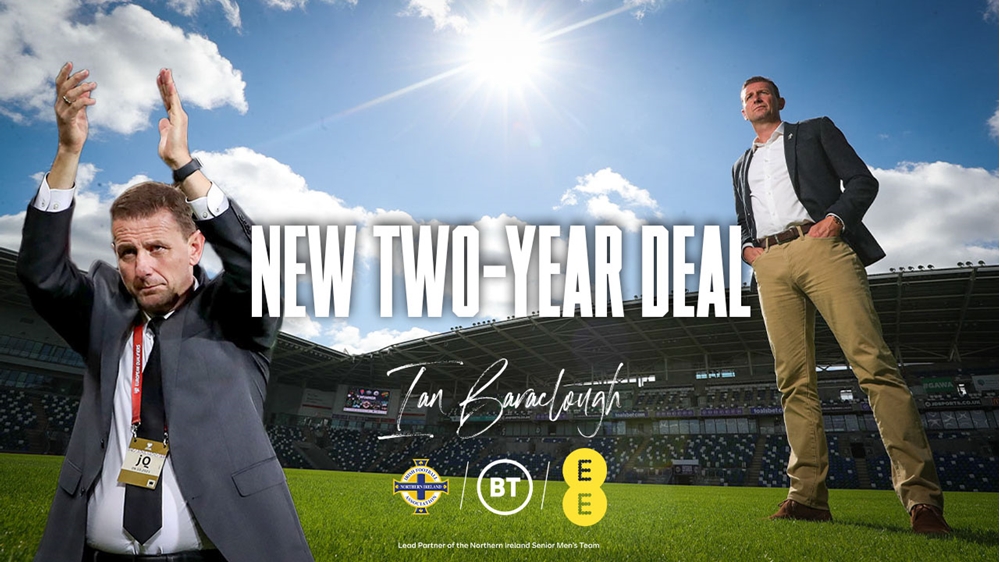 He said: “I am really happy to have signed this contract. We have a great mix of youth and experience and, coupled with my backroom team, I feel we can continue to grow and develop as a group.

“I want to thank the Irish FA for backing me and the Northern Ireland fans for doing likewise. Those games behind closed doors during the height of the Covid pandemic, both home and away, were harder without them.

“Having them back in numbers puts a spring in everyone’s step and I want to acknowledge their support and I hope that more good times are on the horizon.”

He pointed out: “I’m excited about what Ian is building and I’m already looking forward to the next set of games under his leadership.”

We have a great mix of youth and experience and, coupled with my backroom team, I feel we can continue to grow and develop as a group.

And Irish FA chief executive Patrick Nelson said: “The Irish FA Board gave its full backing and I’m delighted we have again secured Ian’s services. He is the right man to navigate the challenges ahead as well as being a great ambassador for the organisation.”

Baraclough, who celebrated his 51st birthday earlier this month, took over the helm at the senior men’s team after managing Northern Ireland’s Under-21s for three years.

He had a 20-year playing career which saw him represent, among others, Queens Park Rangers, Notts County and Scunthorpe United. He moved into management in 2010, taking up the reins at Scunthorpe where he spent a season in League One.

In 2012 he was appointed manager of Sligo Rovers and quickly brought success to the west of Ireland club. In his first season he led Rovers to the league title, their first in 35 years. He also lifted the FAI Cup and the Setanta Cup in his two-year spell in charge.

Baraclough worked as a scout for Huddersfield after leaving Sligo in 2014 before moving to Scotland to manage Motherwell. He kept the Fir Park club in the Premiership after a play-off win over Rangers. He joined Northern Ireland U21s in May 2017 from Oldham Athletic where he was assistant manager.