Trevor Carson: playing for my country is an honour I can't put into words 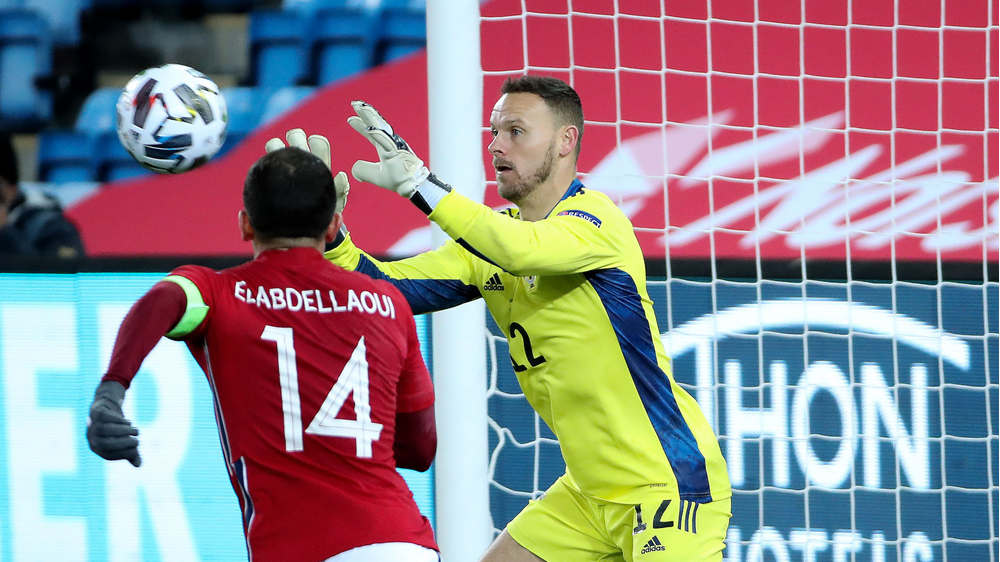 Northern Ireland goalkeeper Trevor Carson was back in goal for the senior men’s team for the first time in almost two years last night.

The Motherwell stopper was given a last-minute nod to go between the sticks after Bailey Peacock-Farrell pulled up with an injury in the warm-up.

It’s been a long road back to the international stage for 32-year-old Carson who until last night’s UEFA Nations League match against Norway, had not featured for Northern Ireland since November 2018 when he developed deep vein thrombosis.

Following his recovery from DVT, Carson has worked hard to re-establish himself as number on at Fir Park and he said being back in goal for Northern Ireland was an honour.

Speaking to Northern Ireland’s digital media team after the 1-0 defeat in Oslo, Carson said: “It’s quite emotional. It’s been a heck of a journey. Eighteen months ago, I was lying in the house watching the boys this seemed like it was miles away but to be back out playing and representing my country – it’s an honour I can’t put into words.”

Carson, who had watched the penalty save heroics of Peacock-Farrell in Sarajevo last week and a solid display from Michael McGovern against Austria in Belfast on Sunday, was drafted starting XI minutes before kick-off.

“You always have to be ready but you can never be as ready as when you know you’re starting,” he said post-match.

On the team performance, Carson added: “I think, as a whole, defensively we were so solid. A draw would have been a fair result in the end.

“We had great chances in the first half and it’s just unfortunate to lose the game with a goal like that. But I think coming away from the game there are plenty of positives to take from it.

“As a squad, three or four new lads came in tonight and we showed we’ve got a decent, competitive squad.”