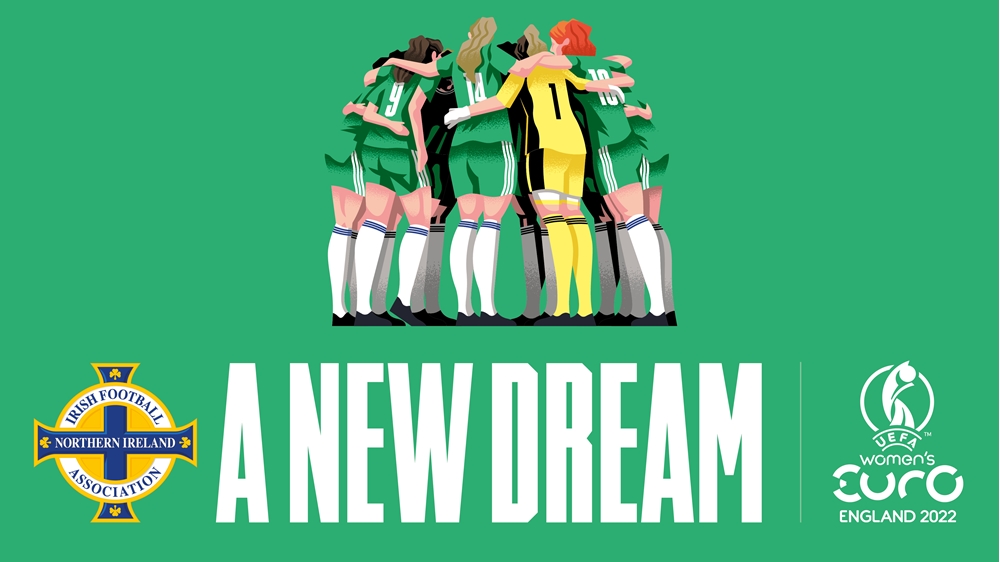 The Irish Football Association is preparing to publish a limited edition book charting Northern Ireland’s remarkable journey to UEFA Women’s Euro 2022 and the part our senior women’s team played in the record-breaking tournament.

The 31 games at the Women’s Euros, staged in July across 10 stadiums in England, attracted a record 574,885 spectators and a record global cumulative live viewership of 365 million across TV, out-of-home viewing and streaming.

The Irish FA book, entitled ‘A New Dream’, will show how Kenny Shiels’ side embraced the big international stage as they took on Norway, Austria and eventual winners England in their three Group A encounters at St Mary’s Stadium in Southampton.

The Green and White Army were out in force in Southampton and the publication will, naturally, feature the fans, too.

It will also look at how Northern Ireland qualified for, and prepared for, their first major tournament and how the team are continuing to inspire girls and boys across Northern Ireland.

With a foreword by manager Kenny Shiels and containing dozens of stunning pictures – many of them behind-the-scenes and never before seen – it will be the definitive official record of an unforgettable campaign.

If you would like to purchase the 152-page book, which costs £22 per copy (including postage and packaging), please fill in the form below.

‘A New Dream – the story of Northern Ireland’s UEFA Women’s Euro 2022 journey’ by writer Nigel Tilson and photographer William Cherry (Press Eye) is due to go into production in November and will be posted out in December.