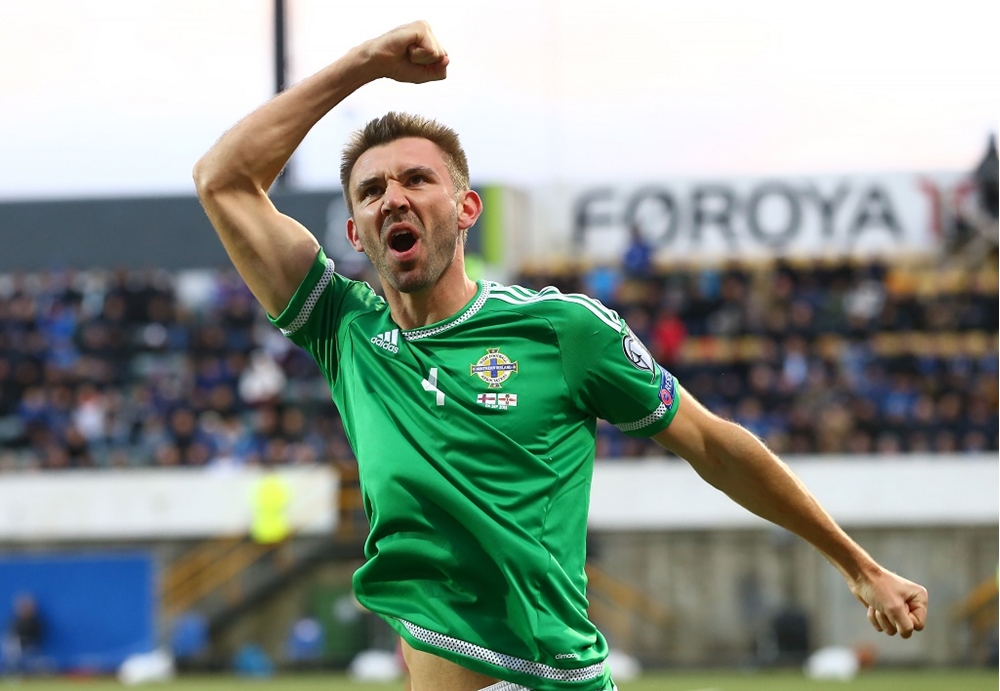 The visitors got off to a dream start when, after 12 minutes, McAuley opened the scoring by stooping to get his head to an Oliver Norwood free-kick into the box.

Then, on 20 minutes, only a perfectly timed Sonni Nattestad tackle denied Kyle Lafferty while Niall McGinn fired wide from another Norwood delivery.

However, the Faroes began to find their feet and created a moment of danger just after the half-hour mark through Sølvi Vatnhamar who was afforded time and space in the area before seeing his effort scrambled away to safety.

Gilli Sørensen then had a shot from the edge of the box blocked before, nine minutes from the break, the Faroes crafted an equaliser when Stuart Dallas failed to clear a long throw-in allowing Nattestad to lay the ball off for Jóan Edmundsson to turn past Michael McGovern from close range.

Michael O'Neill's men regrouped well to end the first half on top with Steve Davis and McGinn tested the home defence with a series of dangerous crosses whilst Lafferty will know he should have done better with a close range header right at the end finish.

The Norwich City man came even closer on the hour after being picked out by a McGinn ball at the back post only to see his goalbound volley well blocked by Jónas Næs.

Northern Ireland were given a boost on 64 minutes when Faroese scoring hero Edmundsson was dismissed by German referee Felix Zwayer for a late challenge on Norwood for what was his second bookable offence.

He had been cautioned previously as early as the sixth minute, also for a challenge on Norwood.

And four minutes after that it was 3-1 thanks to Lafferty who showed dogged determination to beat Nattestad to the ball before eventually forcing it home.

Josh Magennis, a 69th minute substitute for Conor McLaughlin, almost added a fourth with five minutes remaining after being releasing by a fantastic Davis pass only to be denied by the hand of Nielsen who tipped his low effort onto an upright.

The Hungarians carved out a scoreless draw with Romania tonight in Budapest while, in the other Group F game, Finland travelled to Piraeus to defeat Greece by a single goal. 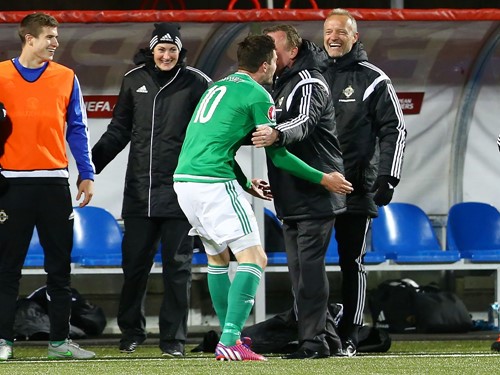 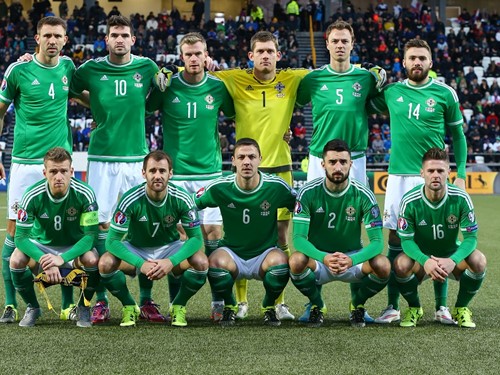 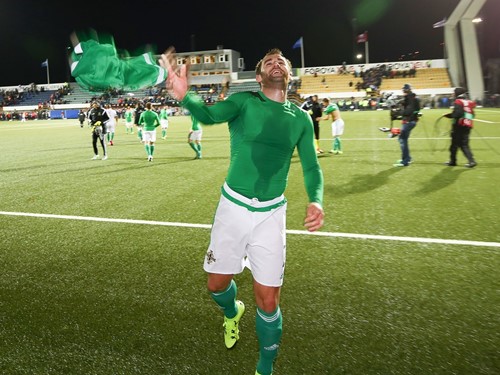